Fredrick, a cultist in the desert, was pushed off a cliff, by his own imp. You need a blood stone to heal him, and he asks you to find his associate also. Both the stone and the imp can be found in the nearby cave. 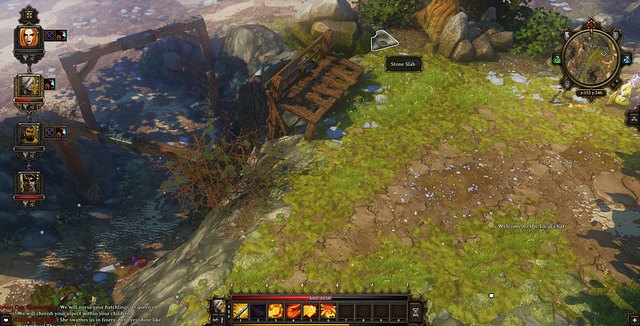 The hatch to Marandino's lab

Climb the cliff that Fredrick fell off, where at the tree, one of your character should notice an entrance to a cave. Inside, you need to go a bit deeper to find him and, finally, you will have to decide whether he should return to the wounded man, or stay here. Regardless of what you say, he will not go to meet his master. You need to craft a potion of valor for him, so that he goes. You can do that by mixing an apple and a pumpkin (you can find them in the cave, below). Now, go down a bit and should start digging, in the location, where there are lots of fruits. You will find there the "Study Key".

Return to the beginning, now, and open the study door. Leave the dead there alone and collect Mardino's books. One of them (Book) opens the passage to the neighboring hidden chamber. There, you will find the blood gem that you need to heal Fredrick.

You can teleport to the city, or simply leave the cave. Still, after you try to do that in the conventional way, Maradino's ghost and his undead company appear. Maradino himself is quite powerful so, it is a good idea to remember to knock him down often. First, deal with his company, who he will summon once again, after you kill them. The upside is that you will be receiving additional experience for them, they are much weaker and the ghost performs no other move, but summon them. After you defeat them twice, attack Morodino himself. Freeze him, knock him down and set on fire. Then, he is not going to be that tough anymore. He is resistant to earth and air magic so, use the other elements. 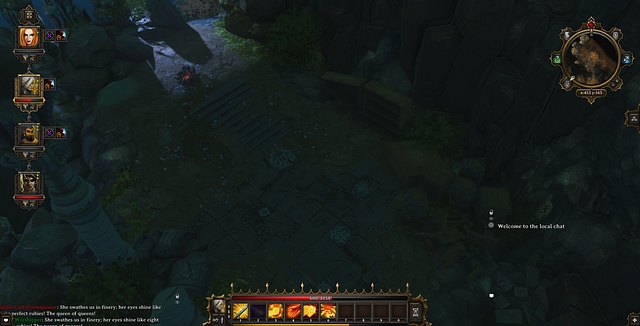 After you obtain the gem and give the potion to the imp, return to Fredrick. Once you give him the gem, he will go mad and attack you. It is best to knock him down and beat him up, with impunity, until he dies.