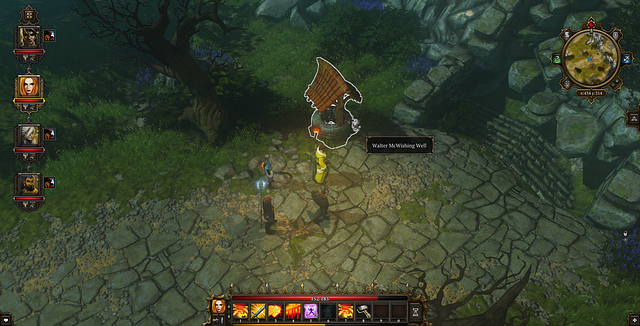 Walter Mc Wishing Well will ask you to find his brother William, who has been abducted by the king of Winter. Walter can teleport you to him right away. Ask him to do that and you will arrive at a location with three doors and a chest.

It turns out that you actually arrived straight into the abducted well. Destroy the chest and talk to William, who will tell you that you have to find a way to him from outside to rescue him. Go back to Cyseal and search for it.

You will continue this mission only after obtaining the "Find the Witch" quest and teleporting to Hiberheim. You have to reach the snowy region of this location. Stick to the southern part of the map and go past a trap with falling icicles. There is another one nearby. One person from your team should stand on the switch and the rest should go to the other side. Then, you teleport the remaining person to you. Somewhere in this area, you should find spikes that mark the entrance to the winter region. Do it the same way as with the icicles, only this time, instead of teleporting the person to you, pull the lever located behind the trap, so that the passage wouldn't close anymore. 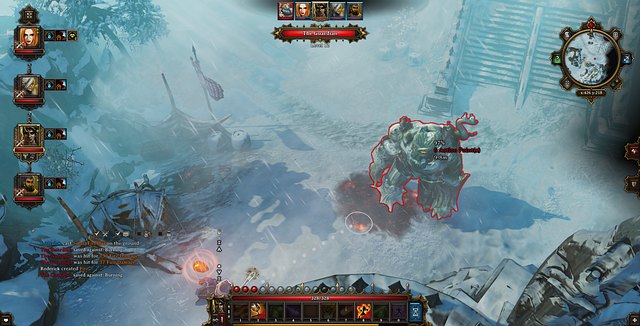 Go straight and turn right on the fork. When you see the Guardian, it means that you are close to the three gates. Now, you have to defeat him. He's rather slow and doesn't attack very often, but he's immune to practically everything. The only element that deals some damage here is fire. Attack him with every fire spell that you have until he dies. It is also good to summon a fire elemental. After defeating him, go up and stand on the three switches. Dig out the fourth one and place items that will together weigh at least seven kilos on it. After you've done that, the remaining team member will be able to go past the lava and pull the lever below the door. Now you only have to find the king of frost.

His location is described in the "Find the Witch" quest. After defeating him, you have to go past the barrier that is blocking your way. To deactivate it, you have to give the right answer to the statue's riddle. It is: "Lurrean". After a while, you will find yourself in a corridor full of statues that can't be destroyed, which won't let you through. You need someone with invisibility spell or good hiding skills to be able to go further. Let the person sneak past the statues and pull a chain on the wall at the end. It will deactivate the guards. Finally, you are in the treasury. On one of the desks, you will find the "Well teleportation scroll". Use the scroll near the well and it will be teleported to the brother. Now you just need to visit them to complete the quest.