To receive this quest, your character needs to have the "Pet Pal" skill, which allows him to speak to animals. 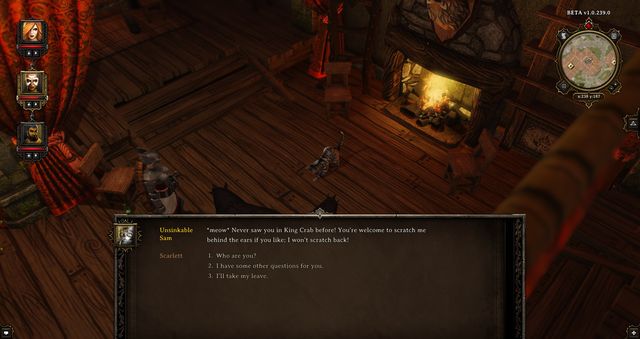 You are tasked, with this quest, by the cat. If you can communicate with it.

You receive this quest in the "King Crab" tavern, from the cat there, named "Sam". He will ask you to find out why the cat named Maxine is not interested in him.

You can find the other cat in the library. It turns out that the pussy is not interested in that old a cat, because she fears that this union will yield no kittens.

After you tell that to Sam, he will decide to dress up and convince here. Of course, you need to find an appropriate collar for him. 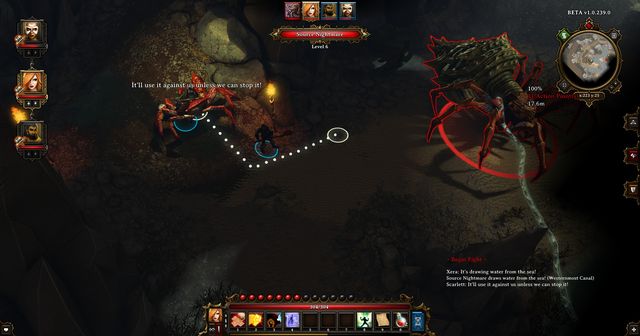 The collar is dropped by the smaller one

You can find the collar in Black Cove and it is dropped by the big crab that is the boss here. The cave itself is located on the beach that the Western exit from the port goes out to. Near the beach, there are Orcs. Inside, you will notice skeletons fighting orcs. After the battle, find the key, owned by the pirate captain (the lower level) in "Crabs versus Skeletons" quest. At one of the walls, at which the parties are fighting, there is a massive door. Open it and climb down. After a while, you will notice dragon remains, and then another. Something must have killed them and, most probably this gigantic crab must have done it. Keep following the path and you will finally find it. In itself, the crab is not too tough, but it deals water AoE damage. Therefore, the best tactic is to surround it and attack. Once you kill it, the collar will fall out, with the rest of the loot. After you have collected everything, watch out because there is another crab here, twice as big. However, it is the guardian of the ghost from the "Lost Love At the Lighthouse" quest.