The watch leader told you that he has recently heard rumors that the old lighthouse is haunted. He dispatched several of his men there but they have not reported, for a long time. You should find out about them. 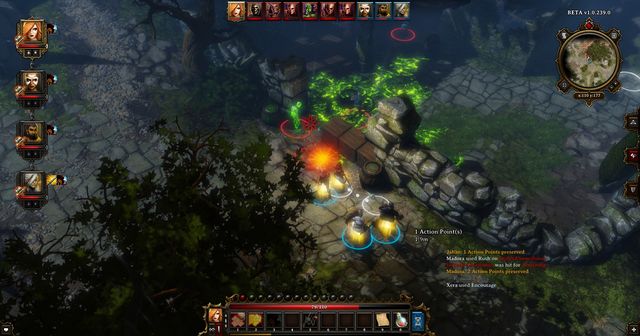 In here, you will find a dead soldier

Go towards the Western gate (the higher one) and you will soon be attacked by the undead. You need to remember the Zombie burst with acid, after they die. Therefore, it is best to finish them off at range, or leave only one party member within range. In the first house, you will find the corpse of a guard, who will have the orders, concerning the lighthouse, on him. Follow the road to the West and fight more undead. Some of them will have bombs attached to their backs. Do not let them approach and, which is better, kill them when they are close to their allies, because they will then be caught in the blast radius. Usually, they yield to one shot. You will also pass a farm and a house and, finally, you will meet two surviving guards, who will tell you that they are too scared to enter the lighthouse. 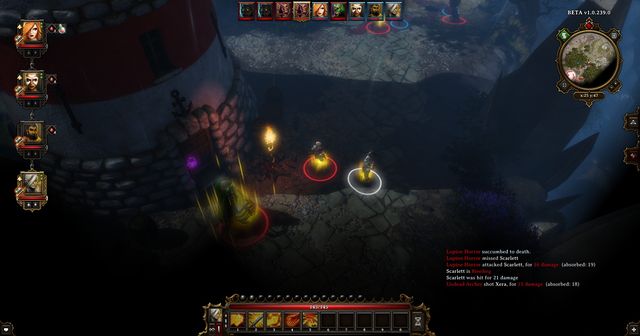 Although the boss himself is not too demanding, he has a lot of minions

Keep following the road until you reach your destination. In front of the entrance, you will fight a miniboss, his dogs and archers.

The boss himself is easy to kill, but reaching him is much more difficult. Also, another difficulty is that he keeps bringing back to life the units that you have already killed. Therefore, you need to dispatch two party members to kill him, whereas the other two to lure the dogs away and kill them. They cannot kill them, until the boss himself falls, because you will then be fighting in vain. After you have the lighthouse guardian himself, you can deal with the rest.

After you enter, you will meet Samson, a ghost, who will task you with "Lost Love At the Lighthouse" and tell you his story. You can now return to the two surviving guards and either tell them what you have seen, or not. If you tell them your story, they will return to the Captain and steal your achievements for themselves. You can then interrupt them and tell the Captain what has really happened. Then, the guards will be sentenced to interminable potato-scrubbing.

If you do not tell the guards what you have seen, they will dash into the lighthouse, to dash out petrified, a bit later. Either way, the quest will be completed after you return to the Captain.