You can create your creature in the early part of the game. Later you will get your own necromancer in the Battle Tower. Additionally you'll receive a trader who sells better parts for your creature. 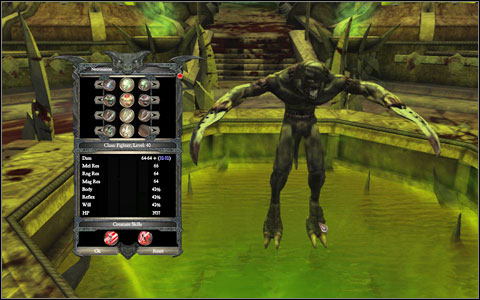 Each of the four body parts is responsible for different parameters:

Try to update your creature systematically, it's very useful in battle. It effectively draws enemy attention and depending on the class, attacks from afar or in close quarters.