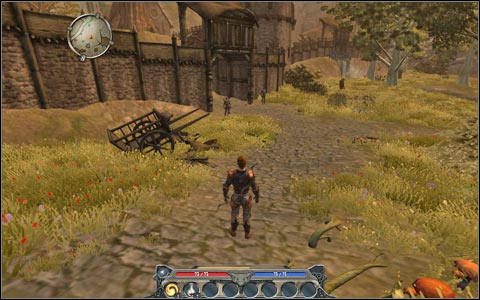 To Lay a Ghost to Rest 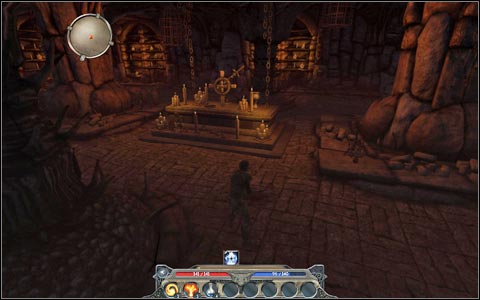 You will receive a key to the tomb at the back of the chapel M2.1(2.2). Try to level up before you go there or else you'll probably die rather quickly. Inside, right after entering, some skeletons will await you in the corridor. In the end, Arben's Ghost will show up next to the altar M2.2(1). Defeat him in melee combat - look out for the skeletons he summons. You will receive a sword in reward. Return to Rhode, she'll be waiting for you in the altar M2.2(2.1). The leader will tell you that you're not yet ready to search for the last Dragon Knight - Talan. You'll hand over the sword and receive your prize. 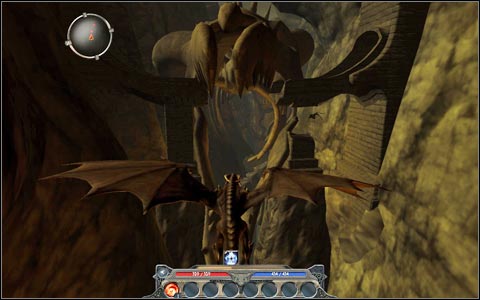 After getting to the meeting place, Talan will appear instead of Rhode M2(1). After the conversation you will fall into sleep, during which you will change into a dragon. Fly straight while eliminating the enemy dragons. A little further you will face some ballistas. Once you're awake, Damian will show up and after a while Zandalor too. You will learn that Talana has given you her power and therefore you're no longer a Dragon Slayer, but a Dragon Knight. Head to Lovis' Tower M2(2), where you will find his ghost. He will give you some more info. 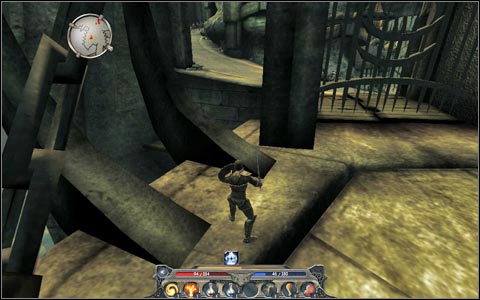 After fighting your way through the gate - I wouldn't suggest trying to cross the main bridge if your character's level not high enough - you'll have to jump a little. The gate is closed, so jump from the left side onto the outer part of the tower (look out for numerous groups of skeletons) and afterwards head to the wooden stairs on the left. Use the ladder and get to the very top. The next gate will be locked. To open it, you must activate the dragon monuments in the right order. After activating the first one (closest to the ladder) head to the next one - each dragon is looking at another monument - you have to activate them in the order in which they're looking at each other. After getting through the gate, choose the right path. 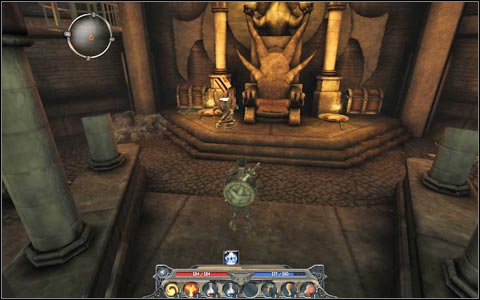 After getting down the next ladder, you'll notice a gate - if you can't defeat all the skeletons, just go through the door. On the left you will find a dead body covered in rubble. After searching them, examine closer with the Reveal Spell and a lever will appear - use it to go down a few levels, to Lovis' chamber. Approach the throne - you will have to answer some questions before being able to talk to the ghost. If you answer all of them correctly, you'll receive Monk's Lovis' Pedant. You can get the answers from books and villagers.

To whom was Lord Lovis born? - Anastas, queen of ancient Ferol;

Who does Lord Lovis serve? - Ouroboros, god of Dragons;

What was Lord Lovis' greatest victory? - The battle of Ten Thousand;

Who was the fiend that set in motion Lord Lovis' downfall? - Ba'al;

Ask Lovis about everything, you will be sent to Maxos temple M2(2.11). You will also receive the key to the main gate. 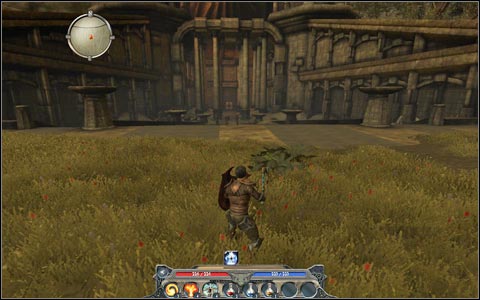 Right before the temple M2(2.11) you will be welcomed by your old friends. After the conversation, you will regain Arben's sword and will be attacked by Marcus and his two minions - this can be quite a hard battle if your character isn't at a high enough level. After dealing with them, head to the temple gates. Talk to Zandalor.

To advance the plot, you must complete the Lost Soul quest M2(2). 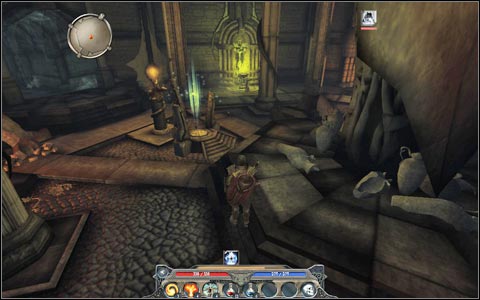 Inside there will be some riddles waiting for you. You can get some hints from books lying on the pedestal. If you can't figure out how to solve a riddle, just follow the guide. First, you have to use the vase (you will find it in the right corner of the room) - you'll open the gate that way. You will find yourself in a room with inactive portal. Each time you solve a riddle, three soldiers will attack. Approach the book on the left - the room filled with gold - you have to take the pumpkin. The middle book - a cup on the left. The book on the right - you'll have to jump a little here. Jump onto the lowest platform and go up using the ladder. Jump to the next one - here you'll find a lever which will activate another platform. Go to the other side, to another lever. It will activate the teleport below. You will get onto a platform with three levers. Press: 1-1-2-3, you'll get to the other side. The last lever will activate the portal in the main room - head there.

You will be moved to another room set. Talk with Sassan, he will tell you that there is a hard task ahead of you. Your destination is the passage on the other side. Fight your way through - you will be attacked by a group of soldiers in each room. You will find two hidden rooms and levers behind them. You'll open them with bricks sticking out of the wall. In the round room - after going through the previously blocked door - go all the way down, there you will find another book M2.11(1). 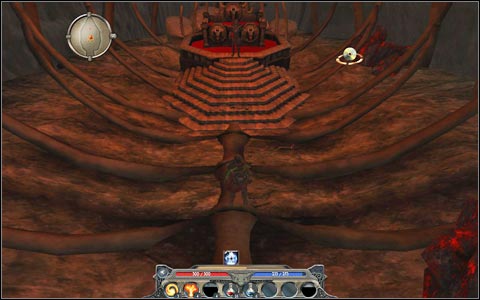 You have to defeat Amdusias M2.11(3), taking away his dragon form first. It'd be wise to equip a big amount of health potions. Before the fight, head to the little room M2.11(5), search the rooms upstairs, you will find some keys, books and what's most important, a Phial with Blood. Finish the A Tale of Two Tomes quest M2.11(2) to receive a special spell. The last item can be found on the bridge where the dragon sleeps. The task is quite hard. Once you pick it up, quickly open your inventory and use the Orbis Arcesso book. Amdusias will change into human form, so you shouldn't have problems with defeating him. However look for one of his spells, thanks to which he takes control over you and moves you away from himself. After getting rid of him, pick up the book which will appear on the altar. You will receive the Hall of Echoes Bound quest M2.11(4), which consists of 4 smaller missions, described in detail in the subsequent regions. Head to the teleport M2.11(6). You will bump into Damian and will have to fight with a couple of his soldiers. Teleport to Santinel Island M2.11(M3).