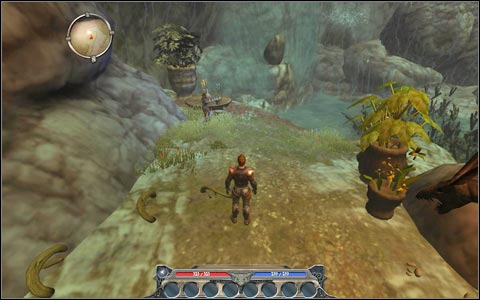 After talking with Rhode M1(1) you will be sent to the town with a mission to learn how to become a Dragon Slayer On your way you will meet Edmund M1(2), who will send you to Morgana M1(14). She will perform the first part of the ritual, thanks to which you will learn the secrets of the dragons - their speech, weaknesses, powers and so on. The colour of your eyes will change - you will be marked as a slayer and will gain the ability to see the dead. You will also lose all your ability points. Your next target is Isobel M1(8), who will teach you the ability to read minds - one of the more useful in the game. Thanks to it you will be able to learn interesting things from other people, for example some hidden places, chests etc. 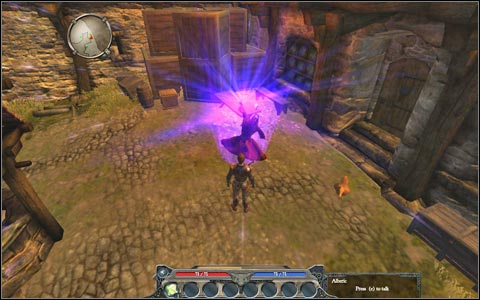 It's time to choose one of the three professions. Go to one of the local teachers - Aravir M1(4) will teach you how to be an archer, thanks to Albericow M1(5) you will become a mage, while Gawain M1(6) will turn you into a warrior. The choice is up to you. You can change your choice as many times as you want, but only during your stay in Farglow. After leaving the location, you won't be able to make any changes. Your choice gives you access to only one of the initial skills (you'll also get a weapon). Later on you can freely choose from the whole tree, but it's wise to choose in which way your character will develop at the very beginning. After completing the task, return to Rhode and Marius M1(1).