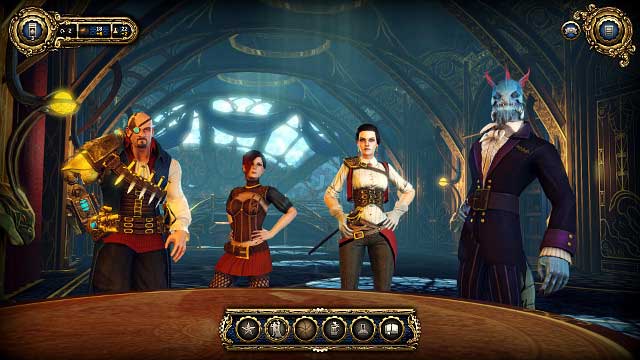 Generals play a crucial role in the game. As a dragon, during one turn, you can play only one battle. If, within one turn, the situation requires that you play more skirmishes, you can designate a general as the commander to increase your chances in an automatic battle. If you are going to fight an automatic battle, it is best to check out which one of the commanders gives you the highest, percent, chance of winning. Still, you should remember that it costs the national treasure additional gold to use a general. Male generals will, at first, demand a higher pay than female ones but, both pays will be equal after the implementation of the decision of gender equality. Generals are of their own mind and they not necessarily agree with this decision and/or like the player, and each other. Each one starts with a set of two special skills but, as their individual stories develop, you will be granted the opportunity to unlock additional skills. 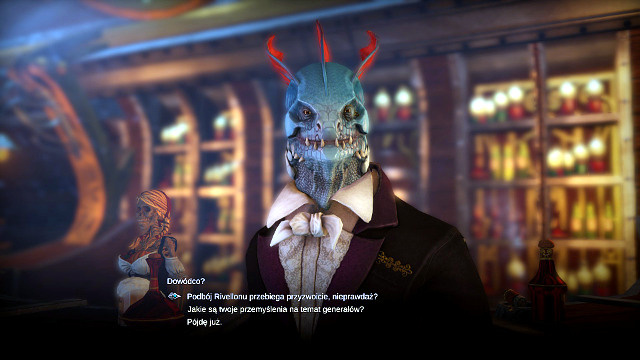 The arrogant Edmund is a genius tactician

Offensive - decreases the numbers of the enemy units that defend

The best commander in the initial stages of the game, especially for offensives. The differences are minor but, he is the most likely to have the highest percent of winning. Later on, development of other generals will possibly diminish his significance.

Edmund is convinced of the superiority of his race over all the rest to the extent that he considers the others completely insignificant, and he is not going to condescend to interacting with them His decisions will concern the interaction with the remaining races. Edmund will try his best to shirk from all tasks that involve interacting those of the "lower birth". Still, if you make him interact with the rest, he will develop respect and appreciation for them with time.

1. Edmund does not want to meet up with the Imp ambassador.

b) Help him shirk from the meeting. > imps, lizards. A random dragon skill card

2. A dwarven scholar intends to publish a book on the origin of species. Edmund does not want to allow the publication of such rubbish.

a) Hold the publication > Dwarves. A random mercenary card.

b) Do not hold > Undead, lizards. A random dragon skill card.

3. the word is that the elves are being murdered by the undead. Edmund was supposed to look into the matter but he didn't feel like.

a) Rebuke him and order him to his duties > the undead, elves. A random mercenary card.

b) The fate of this village does not matter > elves, Lizards, the undead. Random dragon skill card.

4. Prospera suggests that a new law is enacted that stipulates all races as equal . Edmund does not like it.

a) Nobody is equal to the dragon! > Imps, elves, the undead, lizards, dwarves. Influx of gold from the lands of dwarves and lizards+1. Random mercenary card.

b) Let Prospera do whatever she wants > Imps, elves, the undead. Random dragon skill card.

5. Edmund fell in love with an elven girl. Her father is against such union. Edmund wants to kill him.

a) It is not a good idea > Elves. Random mercenary card.

b) He will not see tomorrow! > Elves. Random dragon skill card.

After you take the last decision, Edmund's storyline finishes. If you make him cooperate with the remaining races, he will realize that he was wrong about them. Otherwise, he will develop an even stronger conviction of their inferiority and will decide to lead an unmarried life, out of lack of the person as worthy as himself. Regardless of the choice, Edmund will receive two new skills - 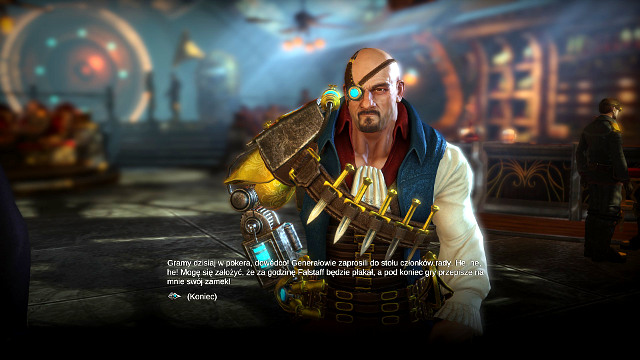 Henry belongs to the harsh generals that prefer acting over thinking

Unit specialist- increases the effectiveness of heavy and medium units

Like Edmund, Henry is predominantly an offensive general. Due to his skills, his importance rises with time, as you gain access to better units.

While serving under the Dragon Commander's father, Henry was betrayed and lost his arm and his eye. Now, he has a negative attitude towards cooperating with the others so, decisions made in connection with him are, of course, concerned with cooperation. Eventually, Henry may trust people or remain a lone wolf for the rest of his life.

1. Henry decides to tell the story of his replacements.

a) Should the need arise, you also can flee. I have no need for a cripple general ( Random combat unit diversion card.

b) You have been a loyal servant to my father, I hope I will deserve your respect also ( Random combat card unit advantage.

2. Henry and Edmund are to soothe down lizard rebels. Henry wants to go alone.

b) It is an opportunity to practice > Lizards. Random combat card - unit advantage.

3. Henry has an argument with Catherine over cooperation.

a) It is only yourself that you can trust > Elves. Random combat unit diversion card.

b) Give us a chance > random combat card - unit advantage.

4. Henrzas daughter faces a threat of kidnapping. Scarlett and Catherine want to help him prevent this.

a) We are at war. Thez should be staying on the Raven ( Random combat unit diversion card. ( 5

5. The daughter has been kidnapped. Henry threatens to demolish the Spire of the Undead is she isn't returned.

a) Let the spire fall if it has to > The Undead. Random combat unit diversion card.

6. Henry's daughter is safe but the counselors demand reparations for the damage done.

a) I want it off my head and someone has to pay. > Random combat unit diversion card.

b) Your daughter is safe now. Is it such a high price to pay? > Random combat card- unit advantage.

Depending o the daughter's fate, and what was Scarlett and Catherine's role in it, Henry will either choose the life of a lone wolf, or become friends with them. He will also receive a skill - Terrible. 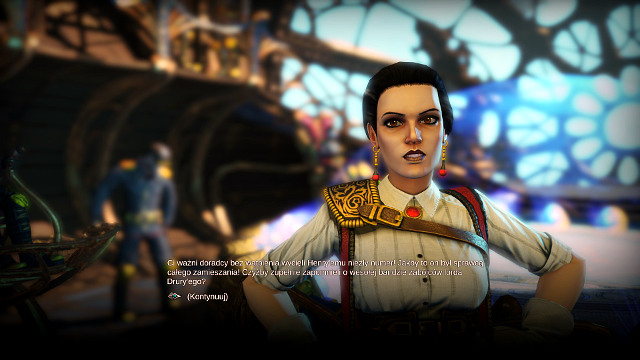 Cathy will prove her value in sea operations

Useful in the case of large numbers of marine units (not necessarily at sea) and when you are outnumbered. It is the only commander that is going to have as many as five special skills.

Catherine is an ardent feminist and her storyline concerns endowing women with their rights. If you provide her with your support, she will come to the realization that not all men are chauvinists. Otherwise she will grow to despise them even more.

1. Women should earn as much as men.

2. The dwarven custom of abandoning women in the woods should be forbidden.

b) It is only a legend > dwarves, lizards.

3. Ban on the arranged marriages without the girl's consent.

b) Do not change the custom > Dwarves, Imps, Elves.

4. Catherine demands it that the rapist soldiers be sentenced to death.

a) Support Cathy > Lizards, The Undead. Random sabotage card. New Skill- Offensive. The number of the units deployed at the very beginning drops by 10% > 5

5. Women should comprise half of the army's officers.

a) Consent > Lizards, The Undead.

b) It is skills, and not sex, that should decide about officer appointment > The Undead, Lizards.

6. Women should be allowed to abort the unwanted pregnancy.

b) Do not grant your consent > The Undead, Dwarves, Lizards.

Depending on your choices, the devastated Catherine will realize that nothing can help women or, she will thank you for your help in the fight for their rights. She will receive a new skill -Airborne units specialist. 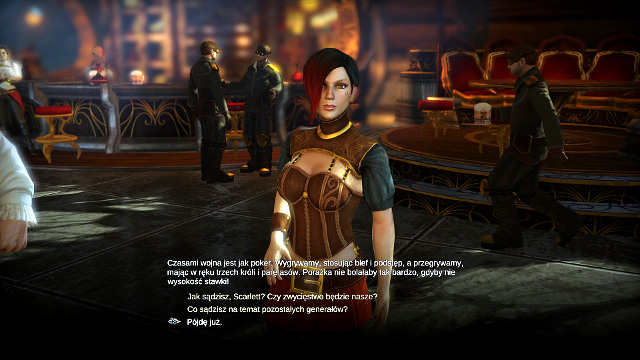 The swashbuckling Scarlett is surprisingly god in defense

defensive - influences the importance of numbers in defense.

A typically defensive character, best in the initial turns.

Scarlett is lesbian. She will take an active part in all of the discussions about homosexuals and come to their defense. Depending on your decisions, she will either be proud to come out of the closet or, will hide in humiliation.

b) Do not support > Dwarves, The Undead, Elves. Random mercenary card.

2. The Undead want to destroy the works of a famous sculptor after she came out of the closet.

a) Do not allow the destruction of the works > Lizards, The Undead. Random combat card - unit acquisition.

b) I do not intend to big about the political unrest > The Undead, Lizards, Random mercenary card.

3. Scarlett turned down Henry's advances. Now he is spreading the rumor that she must be a lesbian. Scarlett confesses that it is true.

a) I will keep the secret, I hope you will find your happiness > Random combat card - unit acquisition.

b) In my army this is of no significance > Random mercenary card.

4. Elven archduke murders everyone suspected of homosexuality. Oberon offers you a gift to prevent his arrest.

b) Accept the gift of money from Oberon and blink at the rumors > Elves, Lizards. Random mercenary card. +20 gold pieces > 6

5. The arrested elf was locked up in his estate, where he is basking in luxury and keeps killing those suspected of homosexuality. Scarlett wants to kill the elf.

b) This would be a lynch > Elves. Random mercenary card.

a) I accepted the gold being led by pragmatism. I must win this war. > Random combat card - unit acquisition.

b) Don't be so dramatic and pull yourself together! > Random mercenary card.

Depending on your choices, Scarlett will be proud of her orientation, join a religious order or become a drunkard and sleep with casual people. The first two options will result in obtaining the - Terrible skill. The last one (Don't be so dramatic ...) will result in her not getting new skills.