On this page of the Disgaea RPG guide, you will read about Mao's Lab. You will learn how Reincarnate, Awaken, and Nether Enhance works and what to spend mana points on. 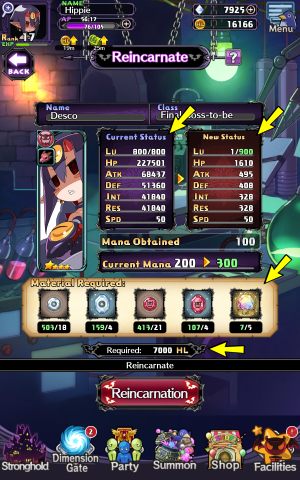 When one of your characters reaches the maximum level, it will have to undergo reincarnation. This will increase its maximum level by 100.

To Reincarnate a character, you will need special materials obtained during battles or in the Dark Gates, as well as with HL coins. After that, your character will again be at level 1, meaning their statistics will become very low. 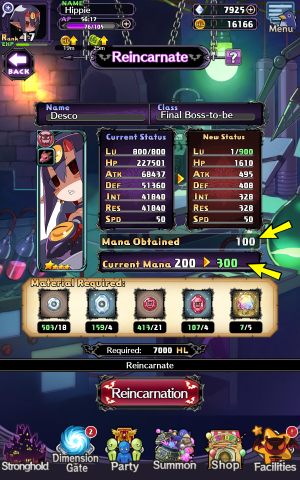 During reincarnation, the character gains 100 mana points. You will also find the current amount of points you can use in the Allocate Mana tab in Mao's Lab. 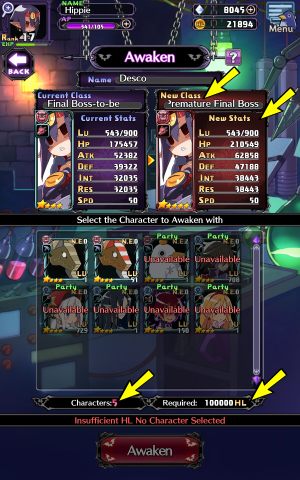 Thanks to Awaken, your characters will get an extra star, higher stats, and a new class.

If a character you want to sacrifice is unavailable, you must first remove them from the team. 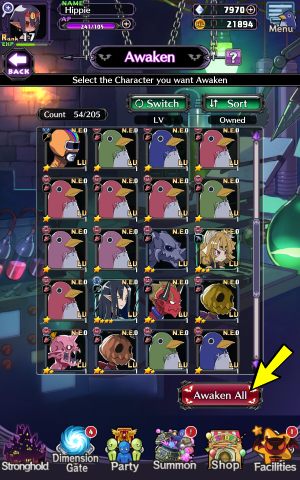 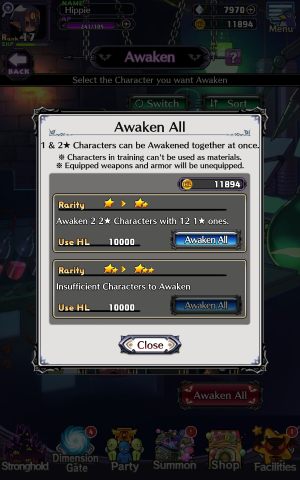 You can also use the Awaken All option, which will promote 1 and 2-star characters provided you have enough coins and heroes to sacrifice. 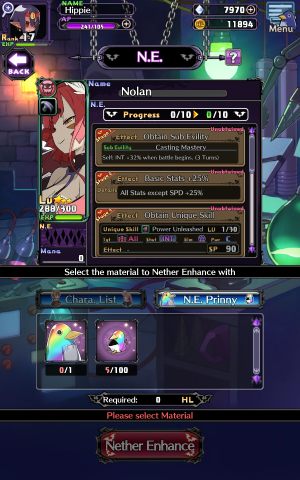 Nether Enhance strengthens characters by using their copies or replacement materials like Prism Shell or N. E. Prinny. Enhancing costs HL coins. After that, the character unlocks another N.E. level, a stats boost, a new skill, or Evility.

More about using Nether Enhance can be found on Character copies - how to use? page.

In Allocate Mana, you will allocate mana points earned while reincarnating your characters to increase their stats or maximum Weapon Mastery level. 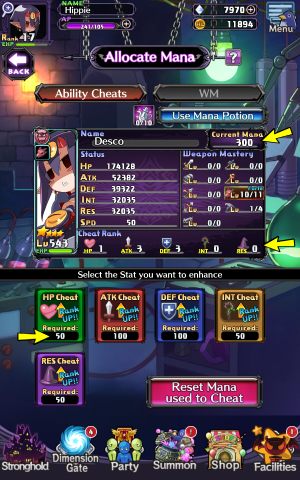 In Ability Cheats, you select the stats you want to raise. The number of available mana points is next to the character's name. Information on how many times you have increased individual stats is under the hero's stats. 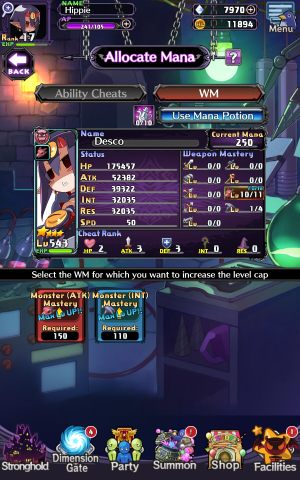 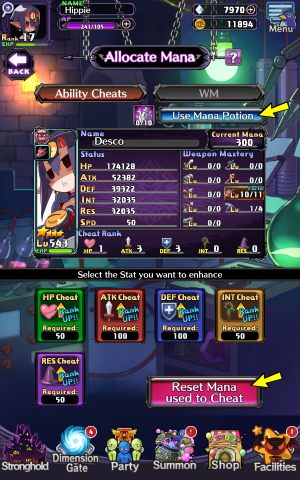 Mana points are earned by reincarnating characters. You can also use the mana potions you gain in Dimension Gate - Conquest Battle.

Clicking on Reset Mana used to Cheat will reset the mana points - you will be able to allocate them again. The first reset is free, the subsequent ones will require Nether Quartz.