On this page of the Disgaea RPG guide, you will find the most important information about the Summon tab. You will learn how to summon new heroes and what Paid Nether Quartz is for. 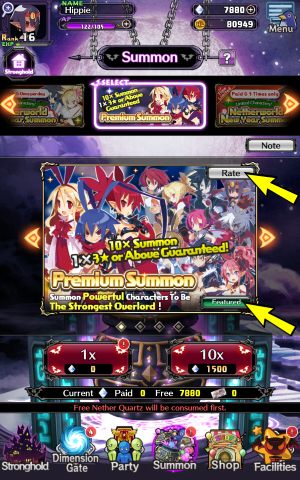 The Summon tab for summoning new characters is located at the bottom of the screen - between Party and Shop. Click on Rate to check the probability of rolling each character. Featured has information about the main characters from the Disgaea series, which you can roll in a given banner.

If you run out of space on your Character List when rolling new characters, they will be sent as rewards to the GiftBox in the Stronghold. 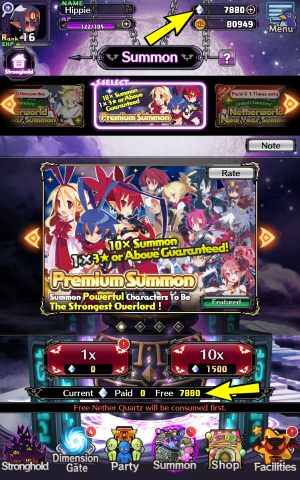 You need Nether Quartz to pay for summoning new characters. Their number is displayed in the upper right corner of the screen and under the banner. 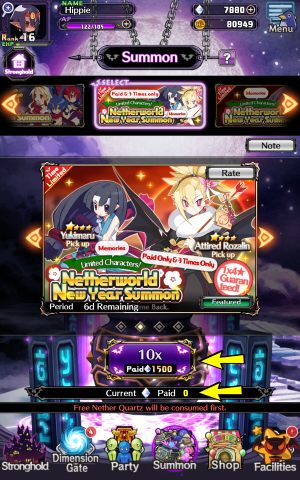 A paid banner increases your chance of rolling better characters. 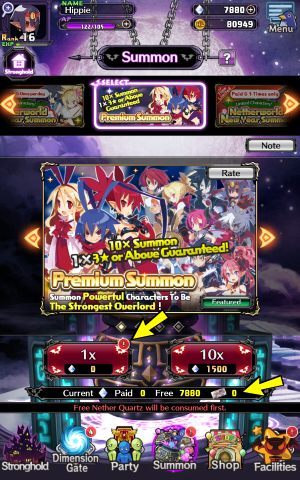 Every day, you can draw 1 free character from the first banner. The next single roll will cost you 150 Nether Quartz.

During a mission, you will get tickets thanks to which you can summon 1 character - their current number is displayed under the banner. 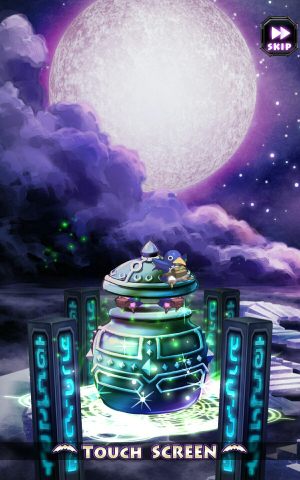 After selecting the banner and paying for the draw, you will see a vessel. Its color indicates which hero will be summoned. The purple vessel means a 2-star character, the silver is a 3-star character, and the gold one has a 4-star character.