This section of the guide to Disgaea RPG contains the most important information about the in-game currency, Nether Quartz, Paid Nether Quartz and HL. You will learn how to earn money and what to spend it on. 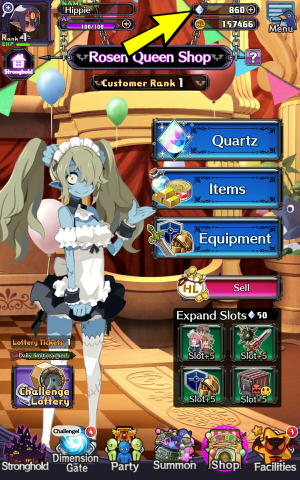 Nether quartz is one of the currencies in Disgaea RPG. Their number is always displayed in the upper right corner of the screen.

With Nether Quartz crystals, you will pay for:

The game offers plenty of opportunities to collect a large number of crystals. You will get them by completing the main missions, challenges and side quests. You can also redeem a certain amount of nether quartz for real money. 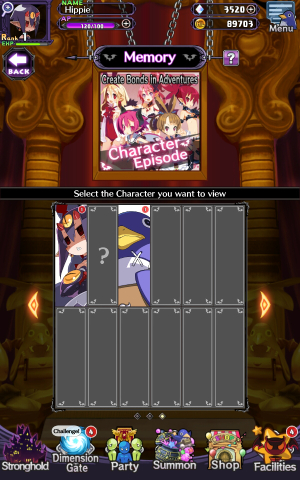 For additional nether quartz, visit the Memory Shop by clicking on the Facilities icon at the bottom of the screen. As the story progresses, character thumbnails will appear in the Character Episode tab. Click on the selected hero, and after a short dialogue sequence, the game will reward you with a few dozen of nether quartz crystals. 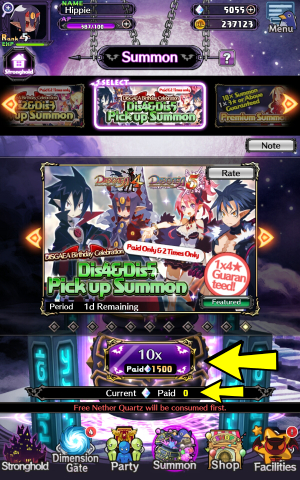 You will recognize paid banners in the Summon tab by the purple color of the icon. Underneath, you will find the amount of paid crystals you own.

When drawing characters from paid banners, you will get a better chance of rolling 3 and 4-star heroes. 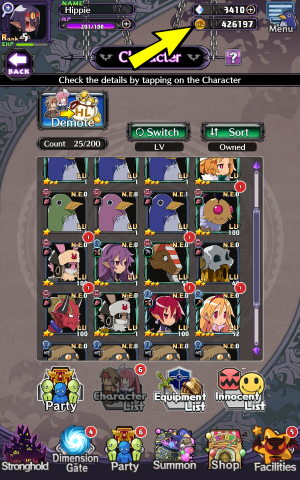 HL is a currency with the appearance of gold coins, featured in all parts of Disgaea.

HL coins can pay for:

HL is gained during combat, completing mission objectives or performing main and side quests. You can also sell unwanted items in the store or sell your characters for cash (Party - Character List - Demote).