The following page of the Disgaea RPG guide contains beginner's guide with tips for new players. Here you will find a lot of useful information that will help you to start your adventure in the Netherworld. 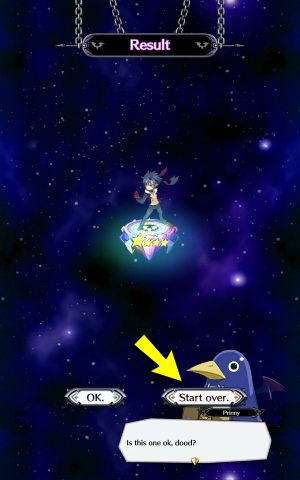 The game begins with drawing the main character. You will start with a 4-star character. It is worth noting that there is no reroll limit. If what you have rolled does not meet your expectations, press Start Over to reroll another one.

We recommend choosing one of the following characters: 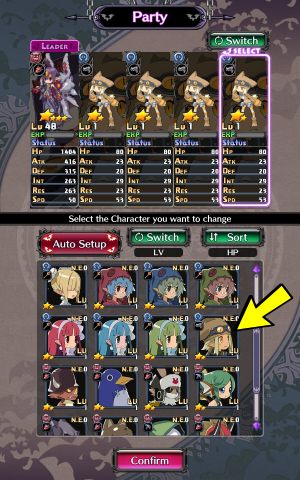 During the tutorial, the game will select your party members automatically. Turn all four members into thieves and press Confirm.

Each thief increases the chance of getting a chest with items during a fight by 3%. Their special ability is Steal, so you can quickly fill your pockets with HL (hell) currency. 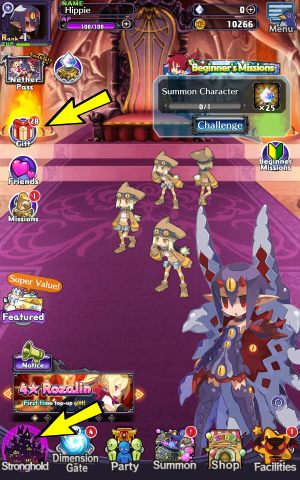 Rewards and items earned during the main missions, side quests, or challenges do not go straight to you. To receive them, look at the Stronghold icon at the bottom of the screen and click on Gift. You can now collect all items by clicking on Claim All. 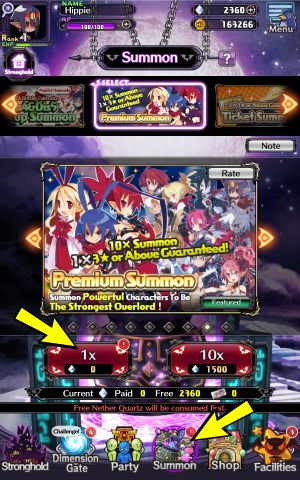 Obtaining new characters is an essential part of the game. This way, you will develop your party. At the beginning of the game, you can draw one free character in the Summon tab. You can roll next heroes by spending Nether Quartz.

Auto and speed up 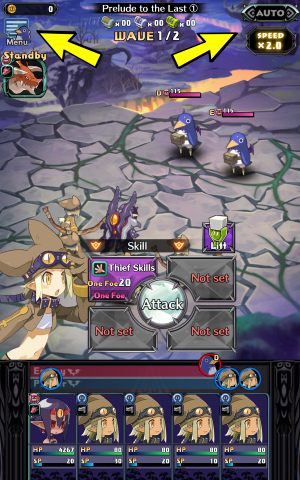 The core gameplay of Disgaea RPG is to fight turn-based battles. The game has the x4 speed up as well as auto options. You will be able to fight the battles automatically at lightning speed. Press both buttons during fights with weaker opponents to level up your characters and obtain rewards faster.

You can also turn off character animations during battles in the Menu located in the upper left corner to even further reduce the time spent on battles. 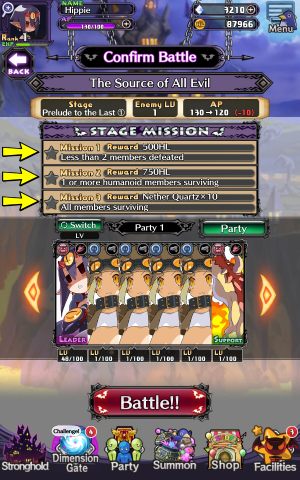 Each battle will have 3 objectives that you can complete in exchange for rewards. Always check what you need to do during the fight to get additional HL and Nether Quartz.

Start with the main missions 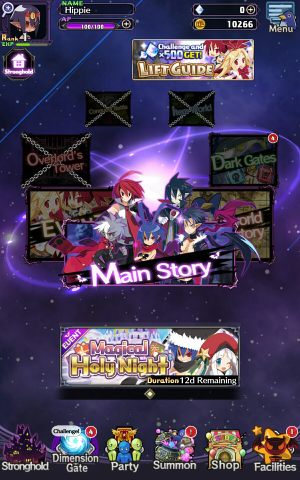 After completing the tutorial, it is best to start your adventure by doing the 1st main mission. Go to the Dimension Gate and click on the Main Story. You will start to understand the combat mechanics by fighting with weak opponents and obtain experience points necessary for leveling up.

You need to complete the 1st main mission of Chapter 1 (Chapter 1 - Ep 1) to unlock an important object - Dark Assembly. 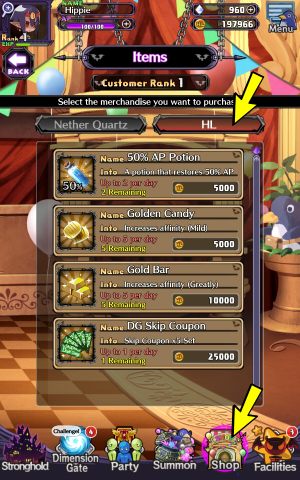 Remember to buy items that have daily limits. Click on the Shop icon at the bottom of the screen, and then go to the Items. Go to the HL tab and buy everything.

AP Potion restores the action points necessary to perform the most important actions in the game. Golden Candy and Golden Bar will become useful once you unlock the Dark Assembly. Skip Coupon can be used in Dark Gates. 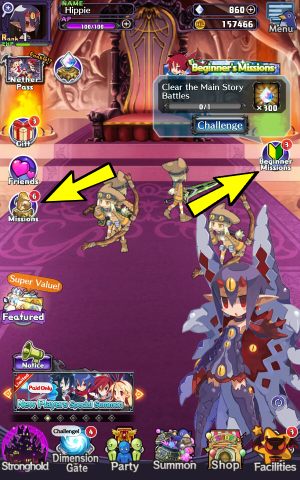 There are two icons in the Stronghold - Missions and Beginner's Missions. When you click on Missions, you will open a window with the Daily and Total tab. Daily missions reset every day at midnight. These missions are simple - do them to receive rewards or money (HL).

Check this tab every day to see what activities you have already done. Collect rewards by clicking on Claim. 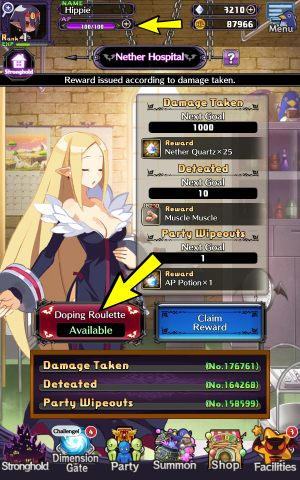 You can restore a bit of AP by visiting the hospital every 8 hours (Facilities -> Nether Hospital). Click on Doping Roulette to win up to 200 points!

You need these points to perform the most important activities in the game, such as main missions or side tasks.

The current amount of action points is displayed in the upper left corner of the screen, under the character's name. Remember that you can exceed the maximum number of points. Play the roulette at the beginning of the day.