On this page of the Disco Elysium guide, you will find an accurate walkthrough description of the Get the whole story from Titus task.

In the Get the whole story from Titus task in Disco Elysium, you should get the real version of the events played out on the grounds of the Whirling-In-Rags building from Titus. 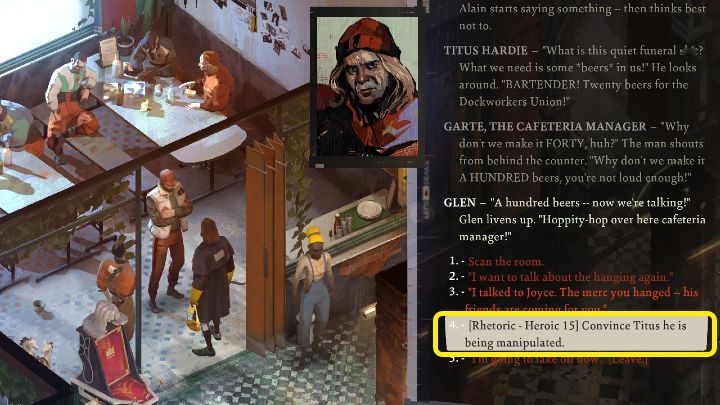 Titus will tell you the whole truth of the mercenary's death only after passing a heroic Rhetoric test. You can make this easier by:

In the course of a later conversation, you will learn that the Hardie boys hung the man's body to cover up the true cause of death - a headshot. The men did this at the request of the women - Klaasje and the person whom personality Titus will not want to reveal. As they went to Klaasje's room, they noticed a smashed window and a dead mercenary with a hole in his head. Tibbs (Titus's brother) replaced the window, and they hung the man's body behind the Whirling-In-Rags building. For further clarification, he will refer you to Klaasje. 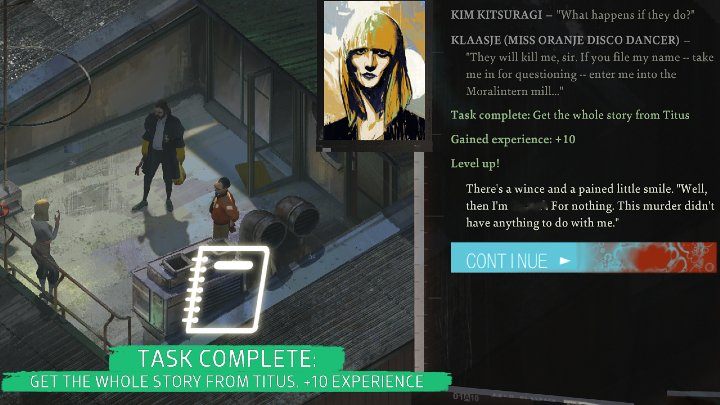 Tell Klaasje that Titus has revealed the truth to you, and she will apologize for deceiving you to protect the Hardie boys. In the course of further conversation, you will learn:

When you ask where Ruby is during the interview, you will get access to a new task Make Titus give up Ruby's location. 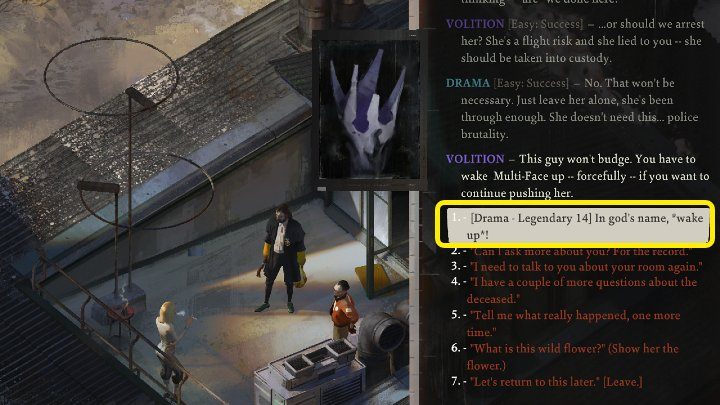 After interrogating Klaasje and learning the truth about the death of the mercenary, you can learn some additional facts by passing a legendary Drama skill test. This can be facilitated in several ways: 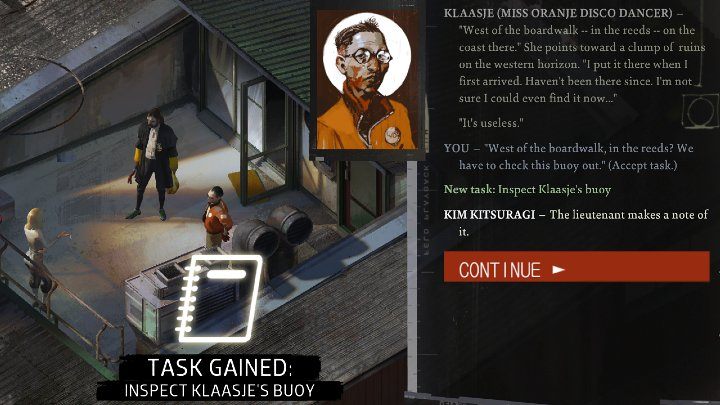 From the further conversation, you will learn, among other things, that Klaasje lied about her true identity and is actually called Katarzine Alasije. The woman hid her fake passport in a plastic buoy (activates the Inspect Klaasje's buoy task). 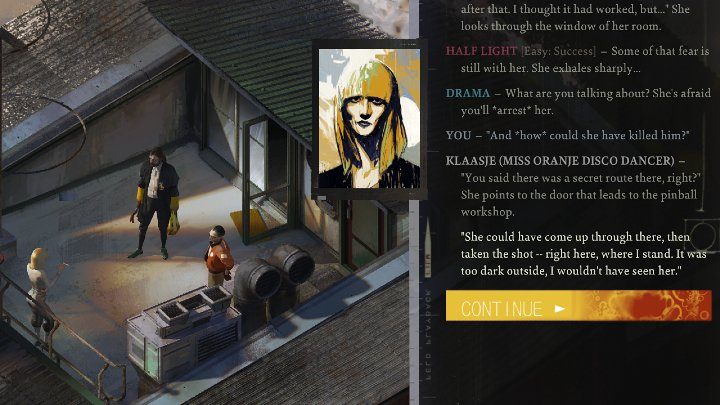 If you threaten the woman with arrest, she'll start looking for a way out of the situation and say she knows who might have murdered the mercenary and point to Ruby.