On this page of the Disco Elysium guide, you will find a walkthrough for the Run the number on the victim's armour task.

In the Run the number on the victim's armour task in Disco Elysium, you need to contact the police station and check the serial number you found on the victim's ceramic shoes.

It will take two days to carefully check the serial number, so it is worth starting this task as early as possible, even on the first day of the investigation. 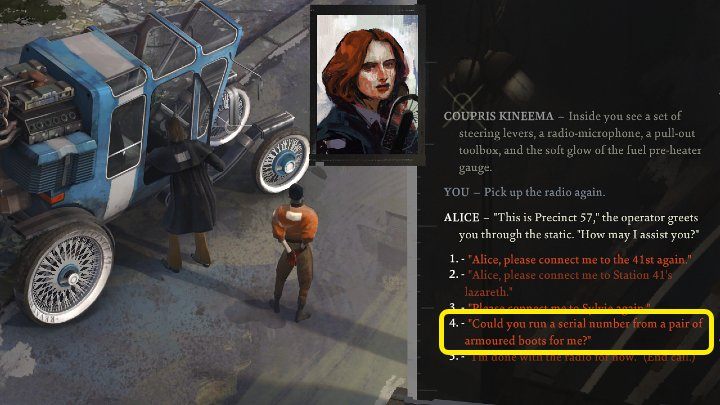 Use the radio in Kim's car and call the police station. Ask them to check the serial number you got when inspecting the body of the hanged man. You will have to wait until the next day to get the first report. 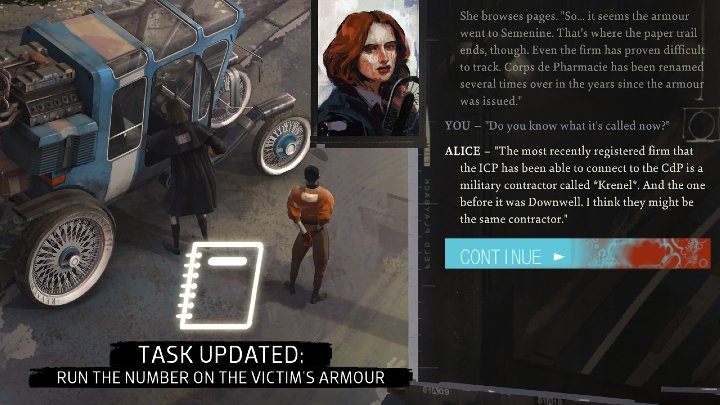 Next morning, talk to Alice and see what she managed to determine:

You suggest that such armor must have been made specifically for a particular person, meaning that somewhere there must be some record of the person for whom it was made. Alice will try to find out more and call you the next day. 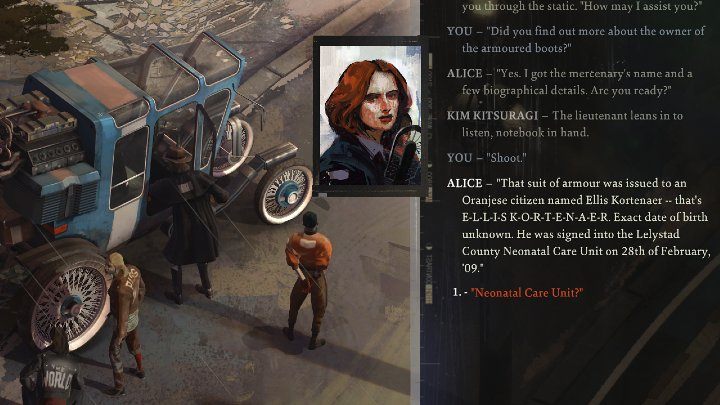 When you call Alice the next day, the woman will have a lot of information for you: