This page of the Disco Elysium guide contains a detailed walkthrough of the side task: Confront Hardie boys about drug trade. 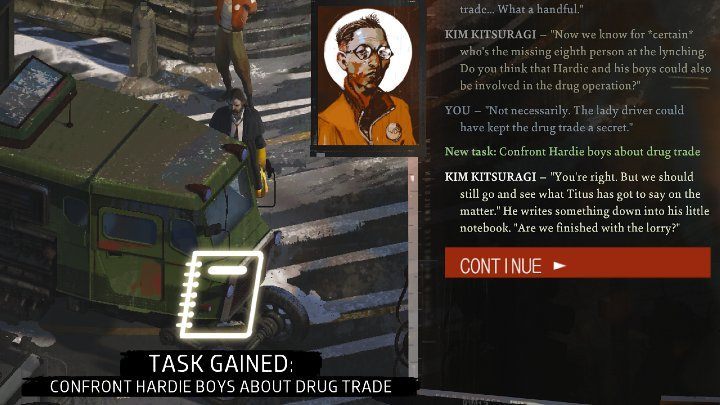 You will receive the quest during the task for Joyce: The Jam Mystery. After examining the truck in the port, you will learn that the driver (a woman) was present at the lynch, and so she must be affiliated with the Union. 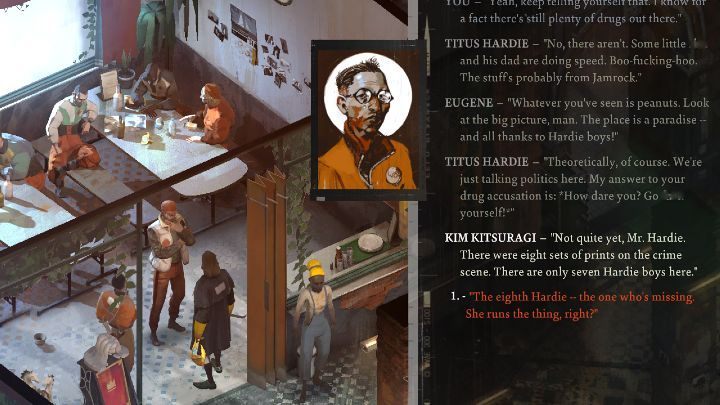 Go to the Whirling-In-Rags hotel and confront Titus. In the course of the conversation, you can let Kim give the leader of the Hardie boys hard evidence that the Union is involved in drug trade and that it is Titus who is responsible for it.