This page of the Disco Elysium guide contains a detailed walkthrough of the side quest: The *special* borscht.

In The *special* borscht task in Disco Elysium, you have to learn more about the special borscht prepared in the kitchen at the Whirling-In-Rags Hotel. 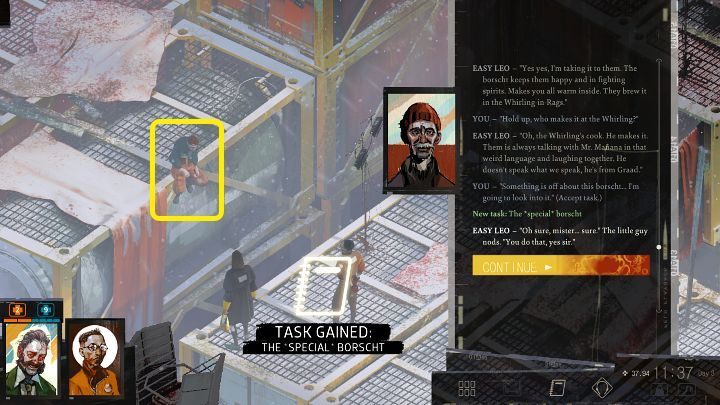 You can receive the quest from Easy Leo - the man sitting right next to the entrance of the Union's chief's container. During the conversation, bring up the topic of soup, which is served to the participants of the strike - because it is very warming, strengthens the fighting spirit and lightens the mood. 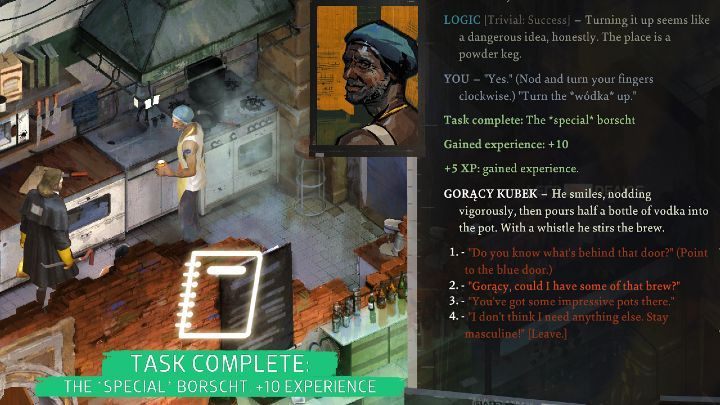 Go to the kitchen and talk to the cook about borscht: What's in that borscht you're making there?. From further conversation, you will learn that borscht served to strikers is strengthened with vodka, and the quest will come to an end.