This page of the Disco Elysium guide contains a detailed walkthrough of the Doorgunner Megamix quest.

In the Doorgunner Megamix quest in Disco Elysium, you have to find a way to listen to the recording, in which the hanged mercenary allegedly testifies about his intent to rape and plunder. 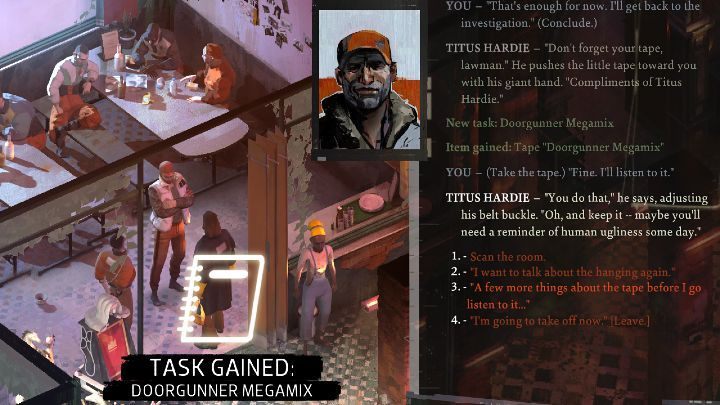 You will receive the task from Titus after completing the Speak to the Assault Victim mission. Klaasje will present a very different course of events, so the leader of Hardie Boys will want to prove his point through a video that should convince you to blame the dead mercenary. 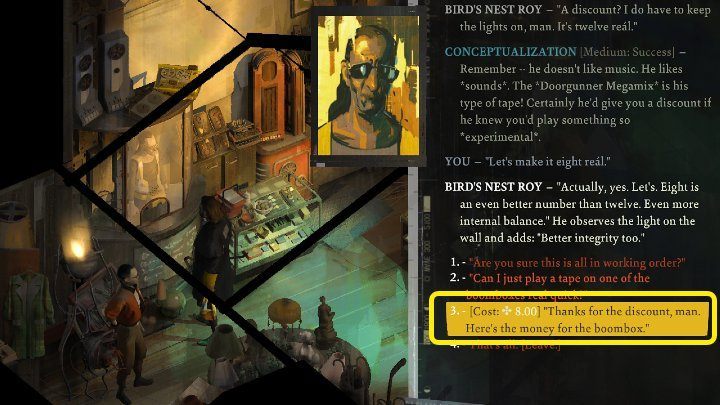 Make your way to the Pawnshop and click on the player that lies on the shelf above the cash register. The output price of this device is 12 Real, but you can negotiate with the owner of the pawnshop - he will sell you the boombox for 8 or even 4 Real. 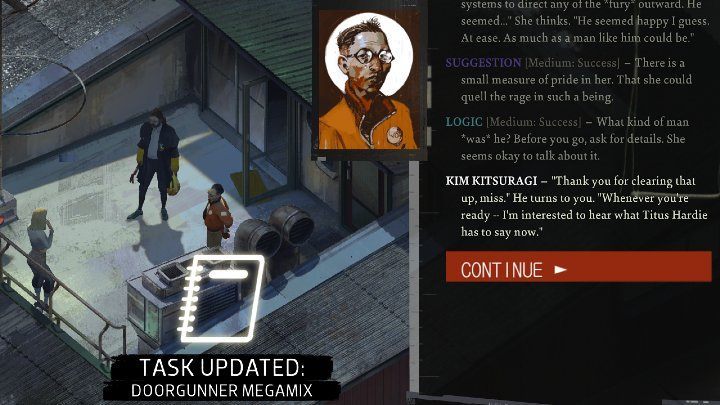 Interact with the tape in the inventory and listen to the recording, then go talk to Klaasje. The woman won't be surprised that Titus behaved in such a way and will assure you that it was neither a threat nor an admission of guilt - it was just Lely, who used to behave like this especially when on drugs. 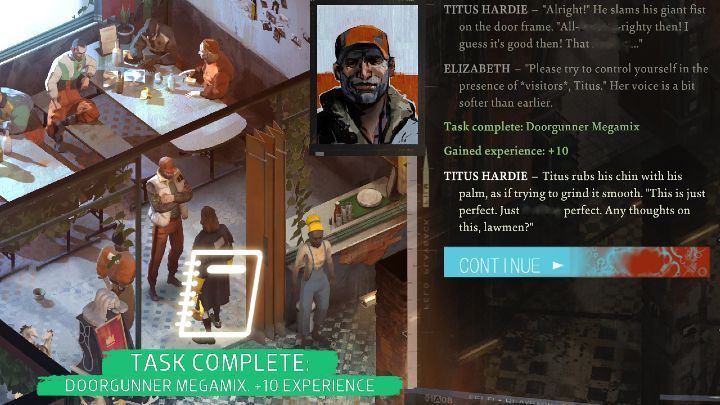 When you tell Titus that Klaasje has not changed her mind, the man will not be satisfied. After a short conversation, the quest will come to an end and you will be able to access the next mission: Get the whole story from Titus.