From this page of the guide, you will find out whether the game Disco Elysium includes firearms and whether you can use them.

Firearms are the deadly weapons that admittedly do exist in the game world of Disco Elysium, however, they are very rare. During gameplay, you can acquire several types of weapons, however, using them is not as easy as in other games. 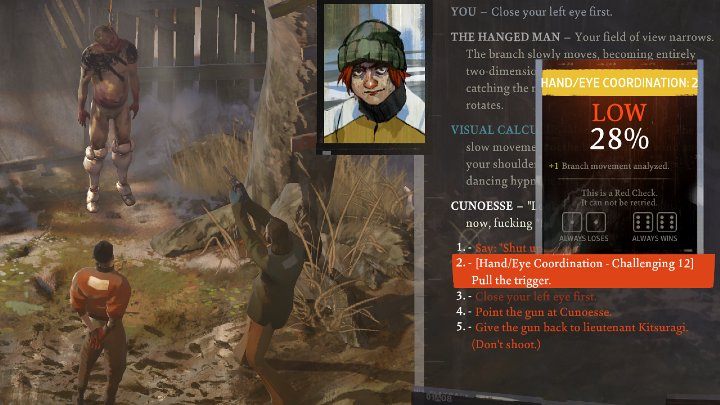 Already at an early stage of gameplay, you can try your aim and take a shot from Kim's weapon in order to lower the body of the hanger to the ground. In Disco Elysium, it's not as easy as pointing to the target and clicking the Left Mouse Button for the character to take a shot. How Harry handles firearms is dependent on the Hand/Eye Coordination skill and a successful skill check. It should be marked here that a missed shot can have catastrophic effects - Harry can hurt himself or someone who is standing nearby.

In the game of Disco Elysium there are the following types of firearms :