From this page of the Disco Elysium game guide, you will learn how to cash in the Novelty cheque and earn extra funds.

At the beginning of the Disco Elysium game, Harry wakes up in a wrecked hotel room in Whirling-In-Rags. As it would later turn out, he was the perpetrator of this act of destruction and will have to pay as much as 130 Real for it. 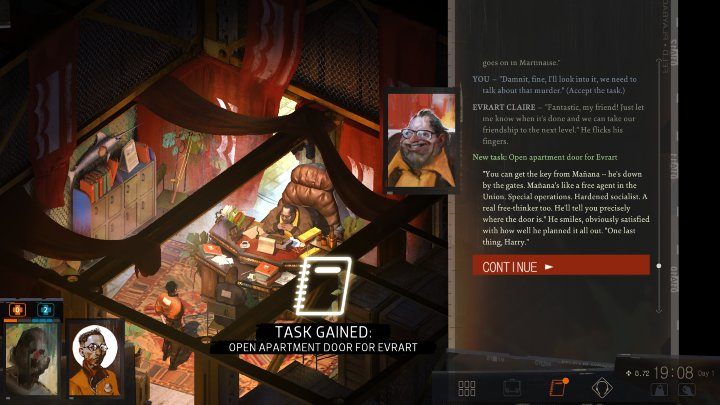 One way to get additional funds to pay off the debt is to accept a 25 Real Novelty cheque from Evrart Claire. However, making a deal with the head of the Union requires that he performs a shady job for him - Open apartment door for Evrart. 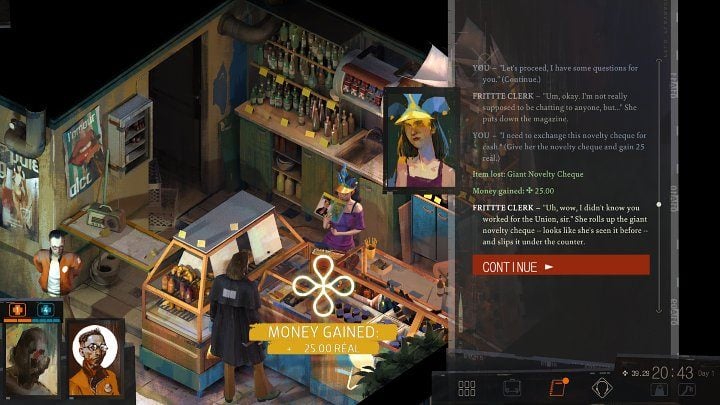 If you try to pay for damages with a check, Garte will reject your offer and demand real money. Fortunately, the Novelty cheque can be redeemed at the Frittte kiosk - talk to the saleswoman and select the dialogue option I need to exchange this novelty cheque for cash, and the extra money will immediately go into your pocket.