On this page of the Disco Elysium guide, you will learn where to find Evrart Claire, one of the main NPCs.

Evrart Claire is one of the characters you may encounter while playing Disco Elysium. The man serves as the chief representative of the Dockworker's Union and is known as the Union boss, thus wielding considerable power in Ravenchol. There are several ways to get to Evrart's office.

If you accept a check for 25 Reál from Evrart Claire to pay off Garte (Find money for rent and pay Garte quest), you will become indebted to him  think carefully about this. 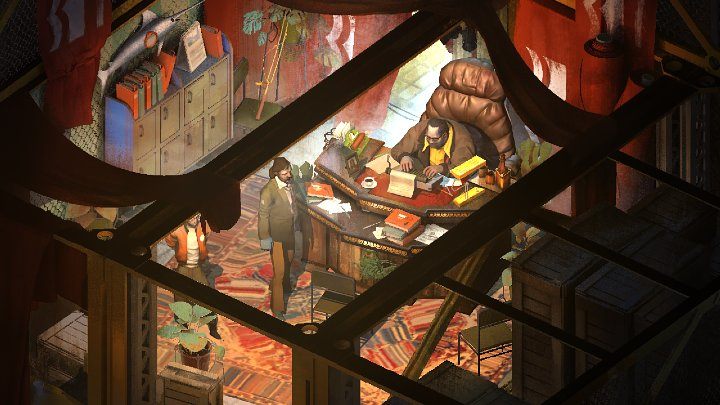 Way through the roof 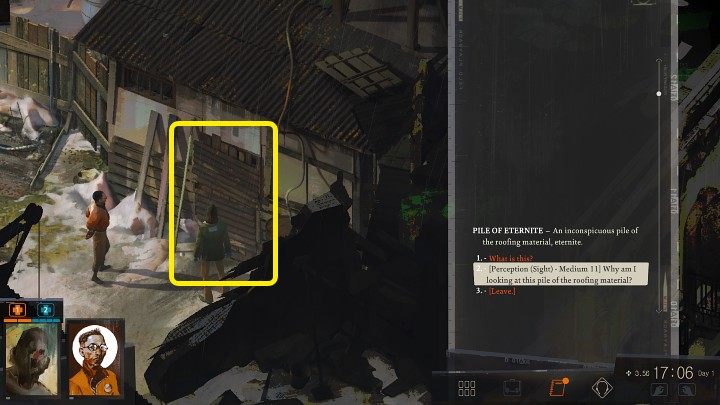 Find a door that has been hidden behind a pile of eternite - it is behind the Whirling-In-Rags Hotel building, where you come across the hanged body. Before you can open them, you must pass a Perception test. Go inside and use the wooden ladder to get to the roof. 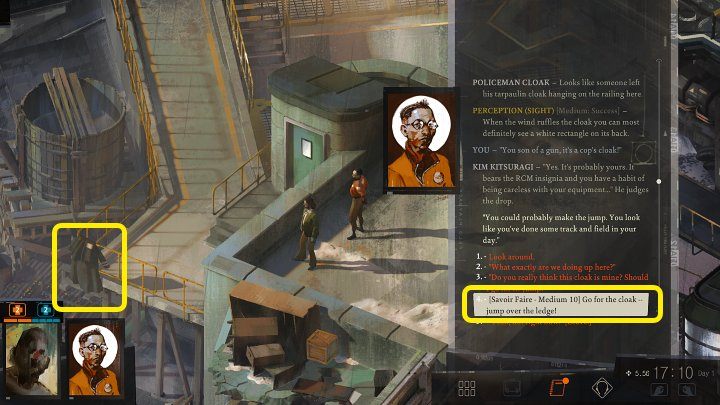 When you are on the roof, click on the RCM Patrol Cloak that hangs from the railing on the left. This will give you access to an additional dialogue option after which Harrier will try to jump off the roof  requires passing the Savoir Faire test.

If you worry that the attempt may fail, save the game so you can load it to try again. 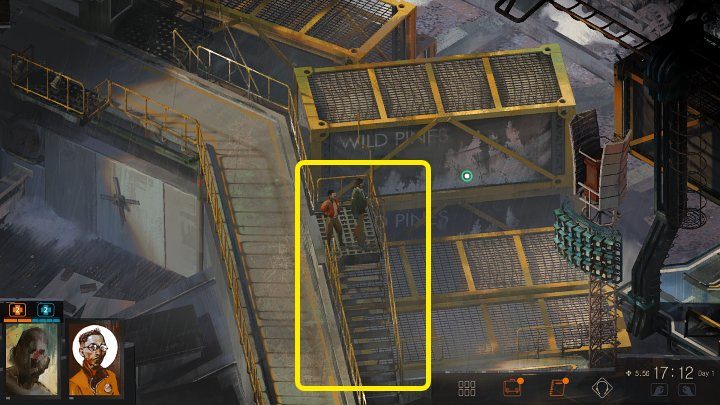 Go forward and then use the stairs on the right to go down. Follow the path. 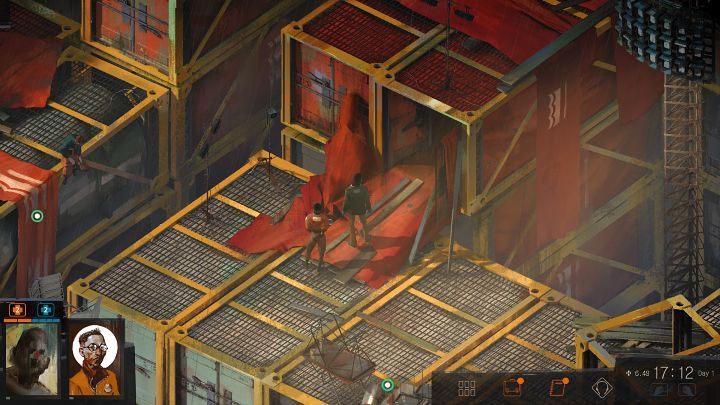 You will reach the entrance to Evrart Claire's office - enter the large red container. 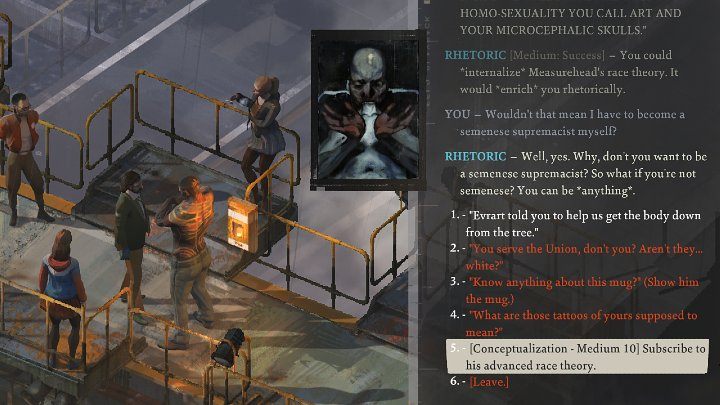 If you don't want to jump across rooftops or your character isn't able to pass the required skill checks, you can meet with Measurehead. He can help you access Evrart Claire's office in two ways. 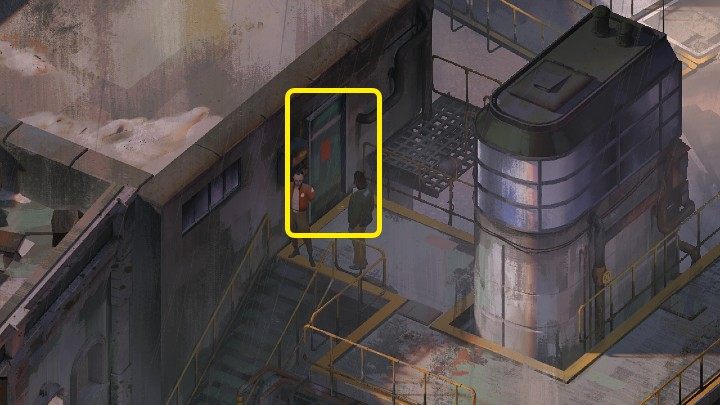 Whichever option you choose, you will be able to go through the office belonging to Evrart Claire  that's how you get to the top floor. You will exit at the exact same spot where you would have landed after successfully jumping off the roof  we described this above.