On this page of the guide, we explain the role of dialogs in Disco Elysium and what to pay attention to during gameplay and conversations with encountered NPCs.

In Disco Elysium, the extremely expansive narrative layer is the main focus of the game and, unlike other RPGs such as the Baldur's Gate series or Pillars of Eternity, you will rarely engage in combat. The gameplay comprises of exploring new locations and interacting with the environment or the NPCs met along the way - these conversations are mostly text-based, although, depending on the Player's actions, they may occassionally be accompanied by certain sounds or animations. 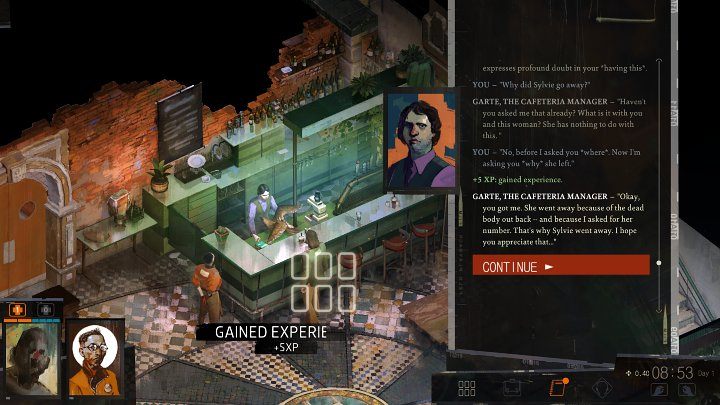 Skillfully navigating conversations will not only provide you with much needed information about the ongoing investigation, Revachol and its inhabitants, but it migh also earn your character additional experience points (XP). It's not much, but it adds up over time, allowing you to level up faster. 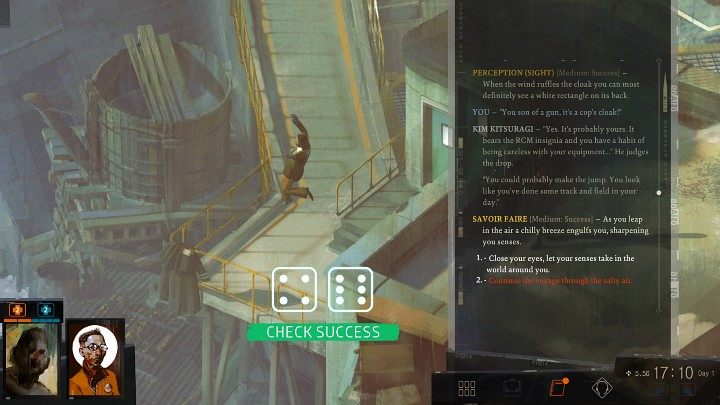 The many decisions made by the Player during the game will carry certain consequences. All of the choices in Disco Elysium are made in the dialog window through Skill checks - we described this mechanic in detail on the Skill checks page. It's worth noting that succeeding in a skill check often unlocks additional lines of dialog or gives your character the opportunity to perform a specific action. 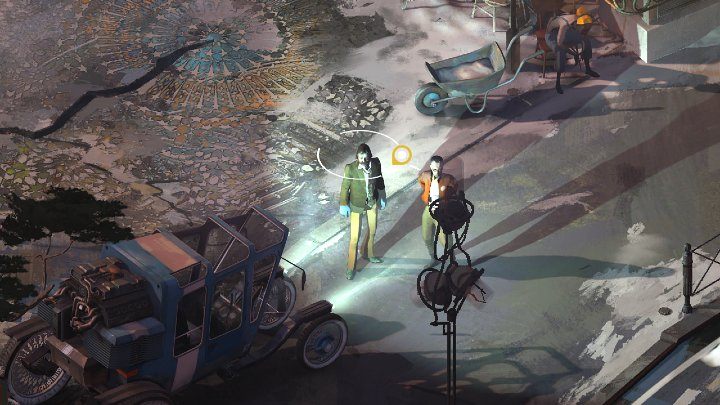 Occasionally, when passing by an object, picking up a particular item or encountering a certain NPC, colored spheres (blue, yellow, purple, pink) will appear above Harrier du Bois' head, allowing you a glimpse into your character's inner thoughts or sensations and providing additional information.

The sphere colours correspond to the character's particular attributes (Attributes) and represent the skill sets associated with them. In the image above, we can see Harrier standing next to Kim's car and the yellow dot indicates that a skill linked to the Motorics attribute (in this particular case, Interfacing) has something to say. For more information on every skill available in Disco Elysium, check out the Skills page.