On this page of the Disco Elysium tutorial, you will find a description of the process of creating a new character using the game's built-in wizard.

The character creator in Disco Elysium is not as extensive as in Baldur's Gate 3, for example, and does not allow players to modify the appearance of the main character. When creating a new character, you can distribute Attributes and Skill Points, as well as choose a Signature Skill. If you wish, you can choose to select one of the character archetypes that have been pre-made and are in the game by default. 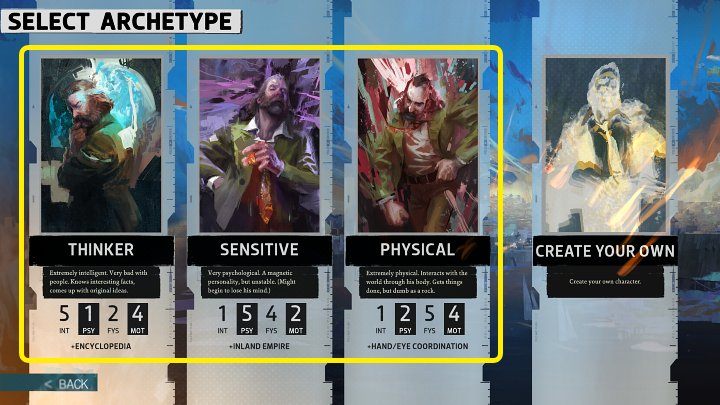 When choosing one of the default, predefined characters in Disco Elysium, you must be aware that they may not necessarily fit your style of play or have the right skills. You can choose from three different options: 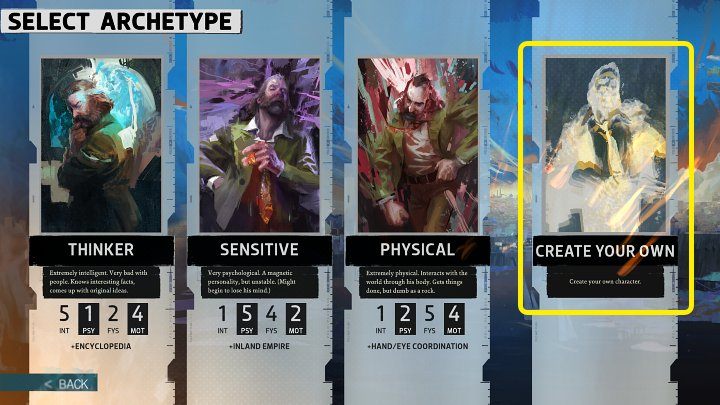 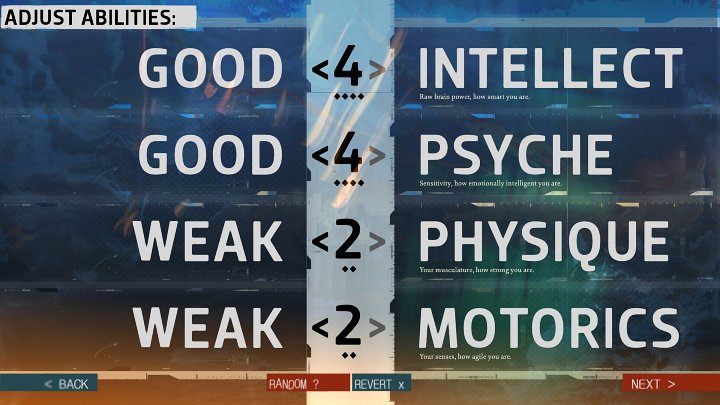 In the next window, you can distribute the points between the 4 Attributes: Intellect, Psyche, Physique, and Motorics. You have 8 points to distribute, but you cannot allocate them all to one attribute. The minimum level of each attribute is 1 and the maximum level is 6.

For more information on the various character attributes in Disco Elysium, see the Attributes page. 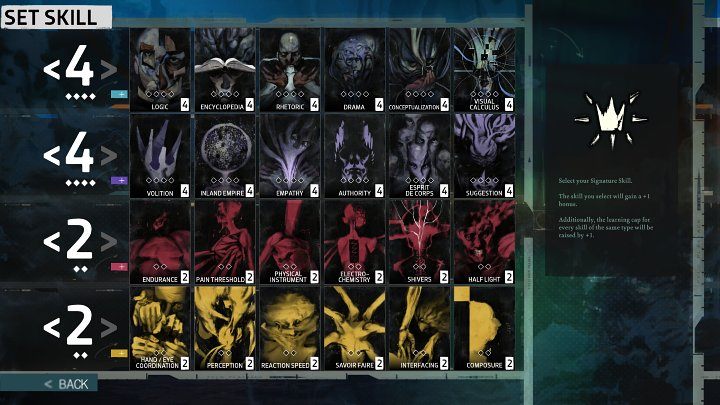 For more information on all the Skills in Disco Elysium, see the Skills page. 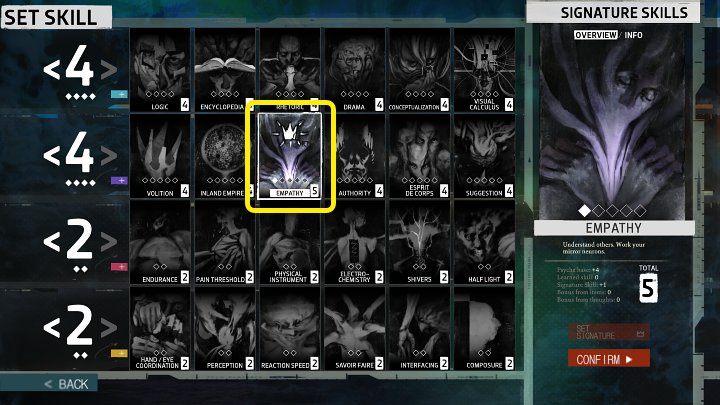 The last action to take when creating a new character in Disco Elysium is to choose a Signature Skill. The skill you choose will receive a bonus of +1, so it will stand out among other skills. Additionally, the learning cap for each skill of the same type will be increased by 1.