In this Disco Elysium guide page, you will learn what Skill checks are, what types there are, and how they affect gameplay and the game's story.

In Disco Elysium, as in other RPGs, a roll of the dice is used to test a character's skills to determine if they successfully complete an action. There are two types of skill tests in Disco Elysium - Passive and Active. 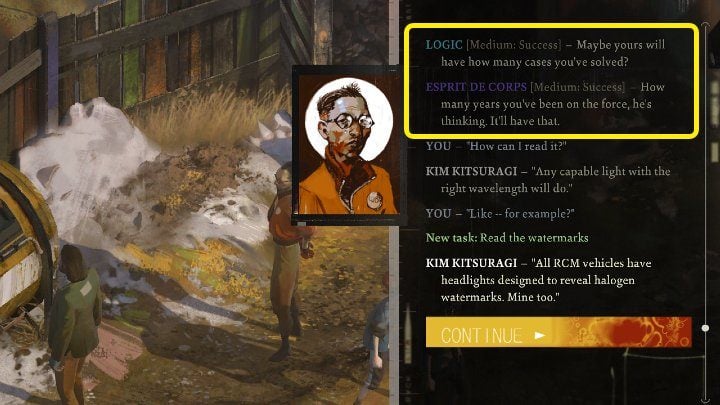 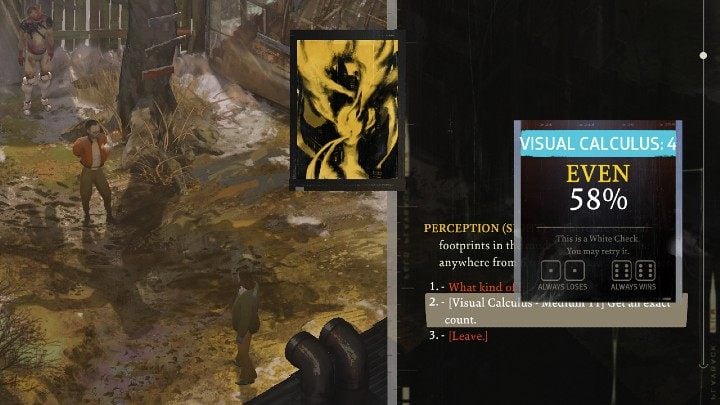 Active Skill Checks are chosen by you as you conduct your interviews. When you hover over a skill test, a box will appear with the probability of passing the test. Active skill tests are checked by rolling 2D6 (2 6-sided dice), with a 2x1 throw always losing and a 2x6 throw always winning.

Formula: 2D6 + level of the skill (taking into account positive or negative modifiers).

The information displayed in the box with the probability of passing the test is a comparison of the test difficulty with the character's skill level, plus possible modifiers. 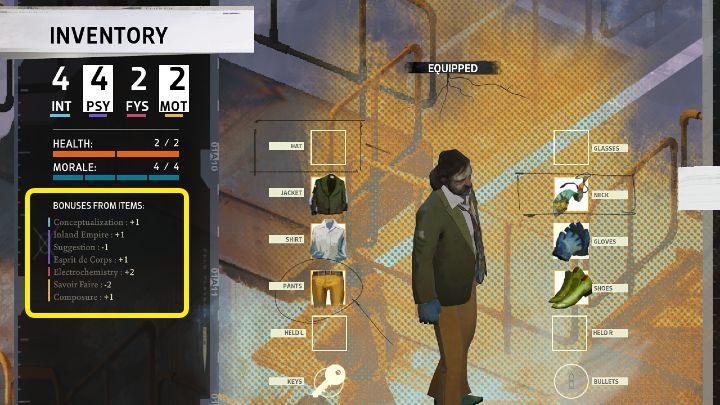 Modifiers in Disco Elysium are positive bonuses or negative statuses that are added to the performed skill test. Modifiers can be obtained in several ways: from items (some of which add a point to a certain skill and subtract from another), stimulants, thoughts or after performing a certain action. You can check all modifiers in your character's inventory on the left side.

Pay attention to what items your character is currently wearing and change them depending on what skill test you are trying to pass.

Can a skill check be retaken?

In Disco Elysium, the Player has the ability to repeat some failed skill tests after meeting a certain condition.