The key to a quick and crash-free drive through a rally track in DiRT Rally 2.0 - especially during the first contact with the game and the available rallies - is to listen to the co-driver's commands. What initially might seem like a strange cipher, thoroughly describes the path ahead and how you should behave. The co-driver informs you at what speed you should enter the corner, how tight the turn is, how long the straight ahead of you is and whether there are any surprises, like rocks, potholes - awaiting you.

Listening to the co-driver during the rally is crucial, as the driver is a bit like a sapper - one major mistake and the car will be turned into a wreck, incapable of further use. You cannot memorize the track, you do not have a wide, asphalt track or plowed field in front of you that you can safely fall out to in case of a mistake. Only narrow corridors, full of trees and boulders, awaiting you on a rally track. It is crucial to be ready for what lies behind the next corner - and you only have seconds to do so. 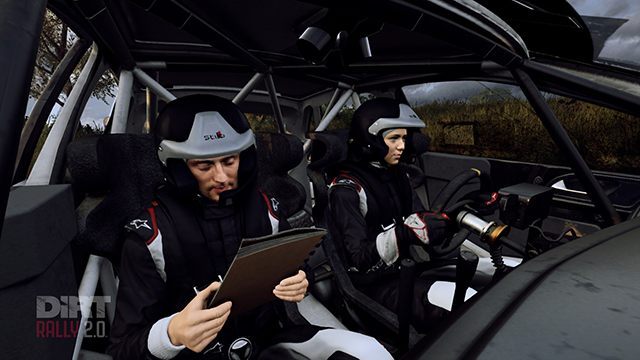 The list of commands is not overly complicated or long. The biggest difficulty, however, is to memorize whole sequences of turns, happening one after another. Special icons appearing on the screen help with the task - but you can also turn them off for better immersion and realism. The co-driver tips can be divided into the main ones - concerning turns - and all the rest.

Turns are dictated with the indication of the direction - "right" or "left" - and the tightness level - ranging from 6 to 1. The higher the number, the softer the turn. In addition, there are hairpins, i.e. change of direction by 180 degrees, 90 degree turns (square) and the tightest versions called acute. 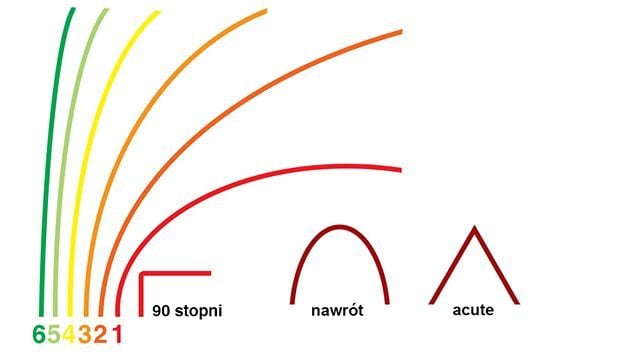 A graphic visualization of different turns.

Each turn requires different preparations and, of course, a different technique to overcome it. Here is how individual numbers translate into the way you will be driving. Think of them as quite general outlines, not strict requirements, as each turn is slightly different and might require different approach.

Remaining commands of the co-driver

Aside from different types of turns, the co-driver will also notify you about their length, the distance to them, the width of the route or various obstacles. These are the most important ones: