The following chapter is dedicated to cars in DiRT Rally 2.0. Here you will find advice on choosing your first cars and what should you spend your earned cash on. We also included information about vehicle classes and how to improve them.

A rally car and a rally car are not equal! You will find out about it not only through driving them, but already in the game's menu, looking through the rich selection of historical and modern cars in a large number of rally classes.

Classes group individual vehicles with regard to their power and the type of drive - forward, rear or on both axles - and can be further divided into sub-classes. In DiRT Rally 2.0 you will find rally cars, as well as those designed for Rallycross. 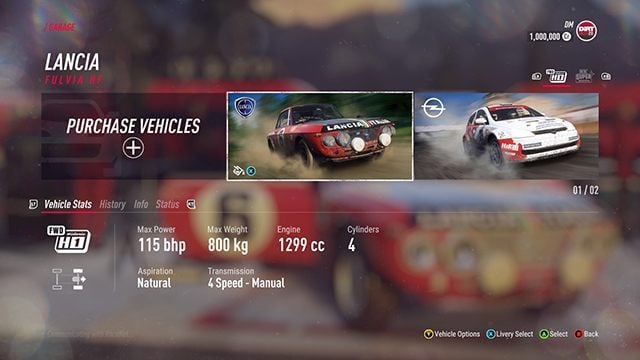 Lancia and Opel you start the game with have free repairs - you will appreciate it more often than you think.

You start the game with the classic Lancia Fulvia HF for rally and Opel Corsa in the RX Super 1600 Rallycross class. Those two are not the most exciting cars in the game, but their repairs are always free. If you want to save some money for new cars and you tend to waste too much putting your cars back to action after a crash, those two will always be a good choice, allowing you to earn money without paying for your mistakes.

You purchase cars from your garage. Each one of them can be tested before purchase by going through a short track - go ahead and use this option as much as you like. Not all cars will always be available for purchase - store contents change every 8 hours, marked by the counter located in the upper right corner of the screen. If the car you wanted to purchase is not available, wait, instead of spending the money right away. Many cars are available in a new or used version. Used cars are cheaper, but you need to keep in mind that those cars will require several repairs soon after the purchase. 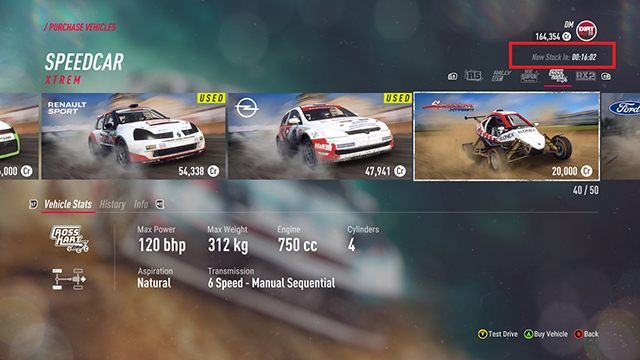 The counter in the upper right corner of the screen informs you when the offer is going to be refreshed. The cars marked with yellow are used - they are cheaper, but in most cases damaged.

There are many representatives of each class of vehicles, which is why you can follow your own taste to a certain extent, as cars of the same class will drive similarly. Differences between classes, however, can be quite big, so it is generally a good idea to be careful and not purchase a powerful B-class car, no matter how much you like the iconic Audi Sport Quattro or Lancia Stratos.

Good cars to start with

Let us try to divide the best cars for the start according to their price ranges. If you dream about something else than the default Fulvia, the second version of Gold - Volkswagen Golf GTI 16V - for about 50k credits is a good choice. A small Mini will also be a good choice, but its slow speed will not give you an exciting ride. 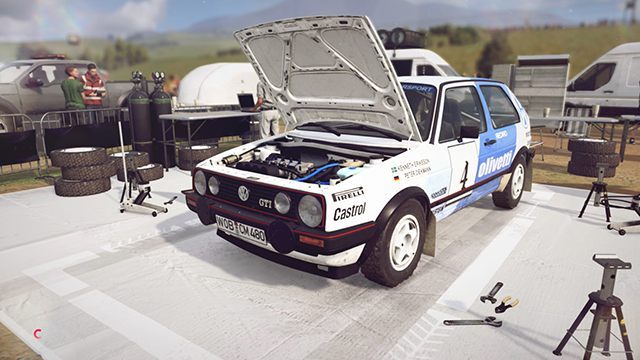 With about 150k credits, you can invest into Peugeot 208 R2. Maybe it is not as iconic as the 205, but it will also not lead to frustration on the road. 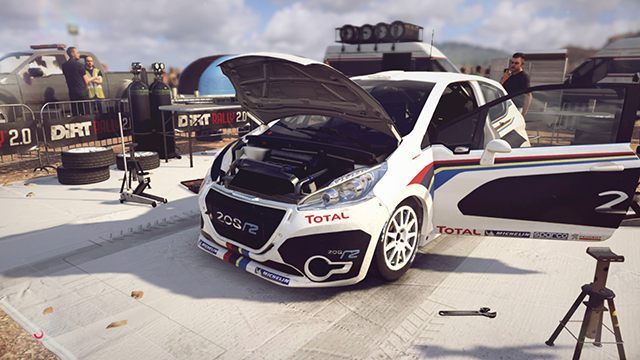 About 100k more (250k) will give you access to the rally stars - you cannot play a rally game and not have an EVO or Subaru in your collection. 250k will be enough for a Mitsubishi Lancer EVO X or Subaru WRX STI NR4. Take advantage of the test drive if you can afford either of them - the second can be purchased later! Four-wheel drive and excellent handling, combined with good performance makes driving on even the most demanding surface a pleasure. You can also try out the slightly more expansive, earlier model - Subaru Impreza 1995 for 270k. 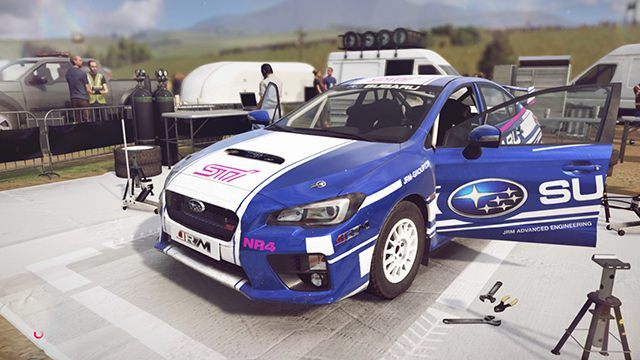 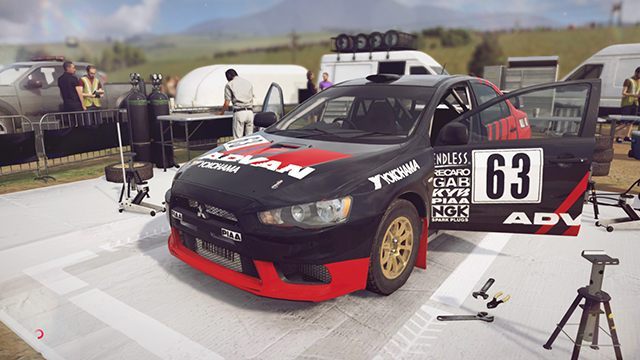 If you want to try out something more powerful, the best representative of group B will be the MG Metro 6R4. It will certainly not be such a drag as, for instance, Ford RS200.

In the Rallycross competition, the default Corsa should be enough for the beginning. Another recommendation worth mentioning is, again, Subaru WRX STI - but this type in the RX class. As usual, it will drive like a dream. 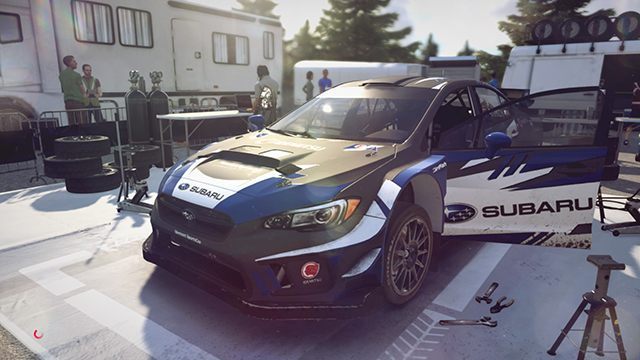