The Necromancer is a mage/hybrid that utilizes the power of life and death enabling him to summon and control various creatures, such as skeletons, golems, or gigantic monsters that engage his opponents on their own. Moreover, the hero has access to a number of skill trees that offer powerful spells, such as decimating curses, corpse detonators, blood suckers, poison, or the ability to create bone armor or spears that can be thrown at your opponent. Necromancers can be used to fill almost any role, so choose those abilities that work well with your chosen playstyle. 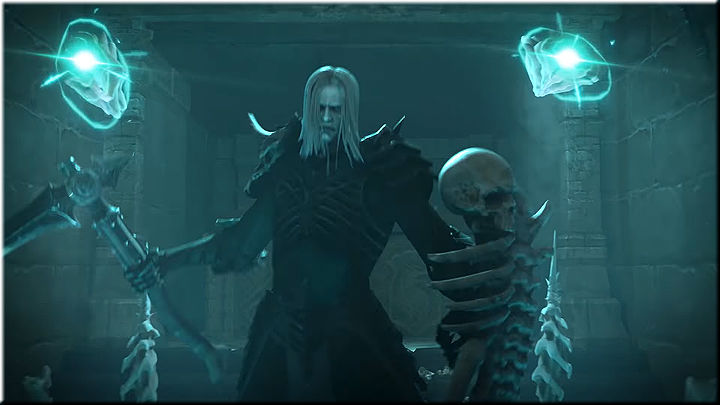 The combinations below were chosen and tested in order to offer a convenient leveling experience.

When it comes to leveling, the only really worthwhile skill found in the Necromancer's passive skills tree is Fueled by Death, an ability that increases the movement speed by 3% with each eaten corpse. The increased movement speed impacts your leveling speed, making the whole process much faster and feasible. Other passives are very useful in certain situations - take a look at Swift Harvesting, Commander of the Risen Dead, or Extended Servitude.