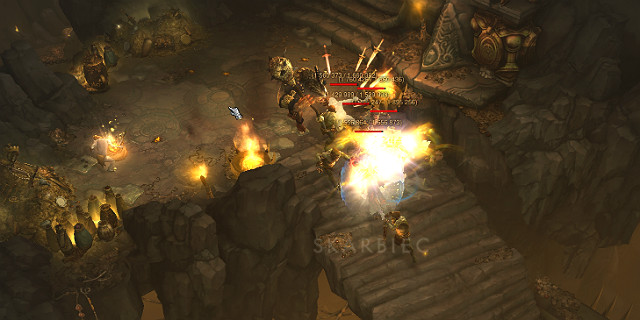 The inside of the Treasure Realm pokes the eyes with valuables!

In the section about effective farming, you can read about a mysterious entrance to a Treasure Realm (The Vault). What is this dimension? It's an extra location, which was recently introduced to the game, in which you can stumble upon pots full of gold and gems, Goblins, and other easy to kill monsters. Obviously, a boss will be waiting for you at the very end of it. During your exploration, you will also stumble upon a certain, rather unique foe. 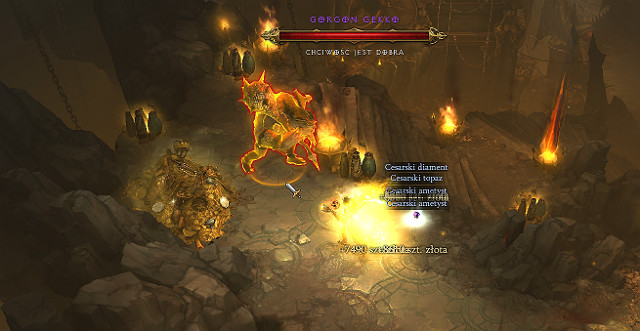 Gorgon Gekko, an enemy specific to this realm.

You shouldn't be worried, as this enemy won't be causing you any problems - his hits are weak, and he lacks any special ability. It's still worth to kill it, as he counts towards the "rare enemy to kill" pool (achievement). Gorgon Gekko is the penultimate enemy who stands in your way to the desired treasure. Just as you deal with him, you will stand before a gate leading to the center of the action - Boss Room. 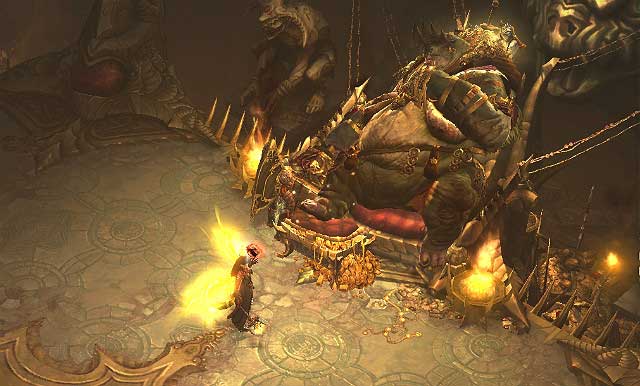 The mistress sitting on the throne is certainly not a beauty, but she sure is rich! You can wake the boss up by kicking the chest she is resting her foot on. She's not the most difficult boss to deal with, but on higher difficulty levels she can land a punch. Greed has a couple of abilities at her disposal - she can smash the ground, which causes treasure chest to fall in random places, which deal minor damage to the player if he/she is hit by them. She can send a shockwave in a given direction, as well as charge at the player, to smash him/her with her body (a resemblance to the Butcher, perhaps?) 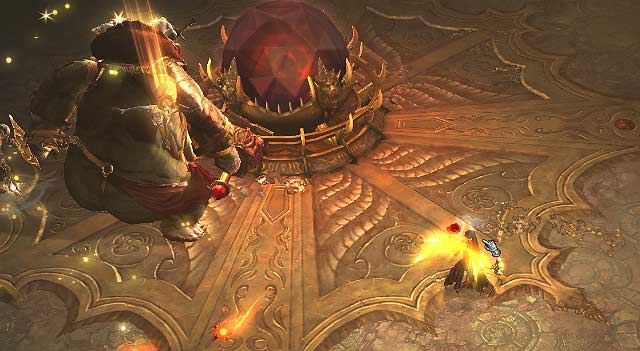 She releases Goblins from her treasure sack.

It should be noted, that upon hitting an obstacle with her charge (a wall, for instance), the boss will release a Goblin from her sack! You can force her to drop up to 10 of those small creatures during one encounter, if someone has enough patience to do so. It's worth doing so - each Goblin she releases is a chance for some epic loot. After you get her health to 5%, a treasure chest will fall on her head, killing the boss and releasing a sea of treasure! 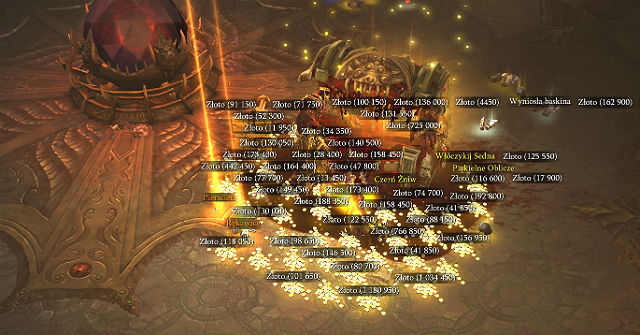 Your reward for clearing the Vault.

The Chest ALWAYS contains AT LEAST two randomly generated Legendary Items. You can, however, find more of them there, 3 or 4, for instance, depending on your luck. Additionally, you will be flooded with a rain of gold coins!

Increase the amount of gold gained from the Vault!

To increase the amount of treasures received during your visit in the Vault, you should always farm the Goblins on the highest possible difficulty level (highest meaning that on which you are able to kill them). The higher the difficulty level, the bigger the amount of gold you will receive. Additionally, you should also equip yourself with items increasing gold gain, like Sun Keeper or Kymbo's Gold. It's worth to keep those Magic, Legendary and/or Set items which also have the same bonus (extra gold from monsters). Before you enter the Vault you should equip any item increasing your gold gain and smash all the urns. If you have difficulties with the enemies in this realm, you can quickly swap those items to your "normal" attire. This will allow you to maximize the gold income! You should also remember, that this bonus will also work on the "final" treasure chest.