Infernal Machine is a device which is able to teleport you to the four alternative realms, for the sake of collecting particular items. They are later needed for crafting the Hellfire Ring or Hellfire Amulet- unique legendary, 70-level items. As far as Infernal Machine and Hellfire Ring goes, which were both added in the vanilla version of the game (as one of the major patches), they have been altered slightly with the addition of Reaper of Souls. Hellfire Amulet was added to the game fairly recently. 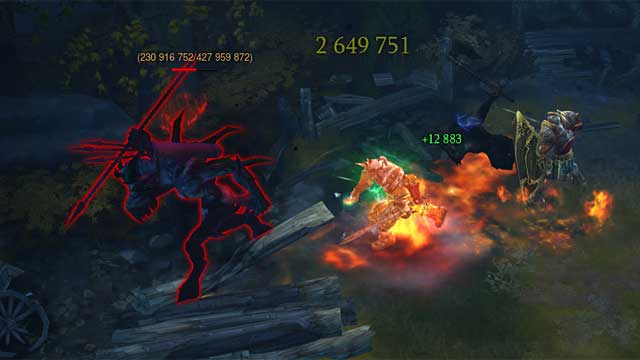 Odeg is one of the Keywardens you will need to kill and hope for good luck.

The machines can be obtained from the following opponents:

Chance to loot the ingredients and the plan

In the Reaper of Souls expansion, just like in the basic version of Diablo III, nothing is guaranteed. There is a specific percentage of chance that you loot the ingredients and the plan. It varies according to the level of difficulty.

The chance of looting the keys is as follows: (numbers from September 2015

As you can see, finding a Machine can be quite difficult on lower difficulty levels. Starting from Torment VIII, you can even obtain two Machines at once!

Infernal Machine opens the portal in the Heretic's Abode - a building located in the New Tristram. Entering this location by default is blocked, so you will need to approach the door and hit them - only then, a yellow glow will appear indicating the entrance. The Machine itself can be activated directly from the equipment menu - all you have to do is to click on it with the right mouse button. 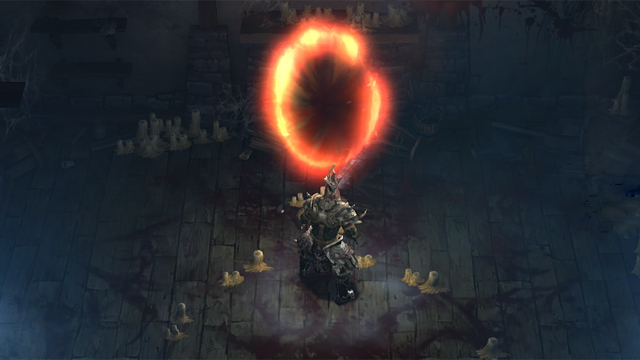 Portal to the Realm of Chaos.

After entering each realm, you will need to fight two bosses at once. The only exception from that is in Realm of Fright, where you will have to fight Diablo. When his energy bar hits 50 and 25% a new random uber bosses are being summoned. So this is why they should be taken down on the first place, as further bloodshed of Diablo will effect with having more opponents to fight at once. It is strongly advised to focus on one enemy at a time. 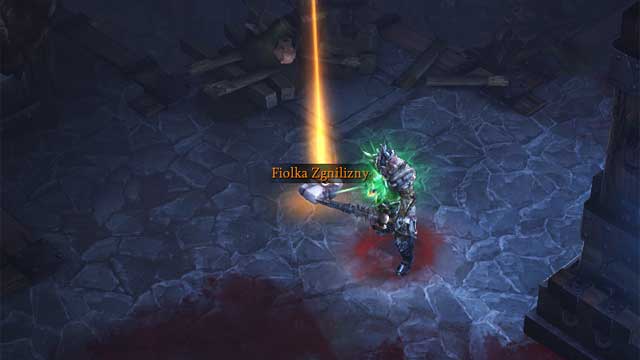 This time we got lucky. Boss dropped the component for the ring.

When the fight is over and the last boss is killed, items will drop from him. Among them, you may find one of the ingredients for crafting Hellfire Ring or Hellfire Amulet. The chance of looting it is exactly the same as the chance of looting keys for Infernal Machines (you can find the table above). Starting from Torment VIII, you can obtain several ingredients at once!

Each Machine has its own item:

Reward - The Hellfire Ring or Amulet

Having all the four components, you can craft:

Hellfire Ring or a Hellfire Amulet - unique legendary, 70-level items, which cannot be acquired by any other means. The schematics to craft either of them can be bought from Squirt, who can be found in Hidden Camp in Act II - they both are very expensive, as you have to pay 5 million gold for each, but you have to buy them once only.

The Hellfire Ring selects 5 random stats, in addition to 2 permanently-assigned: bonus to received experience, which gives a 45% boost, as well as a chance to flood the area with lava, dealing 200% weapon damage in 6 seconds.

The Hellfire Amulet has one permanent stat to choose from: Dexterity, Intelligence or Strength. Additionally, when crafting, 4 stats will be randomized, in addition to a class-specific passive ability.