The above map will show you where to start side quests and potential spawn points for Hidden Lairs in the Realm of Damnation in Diablo Immortal. 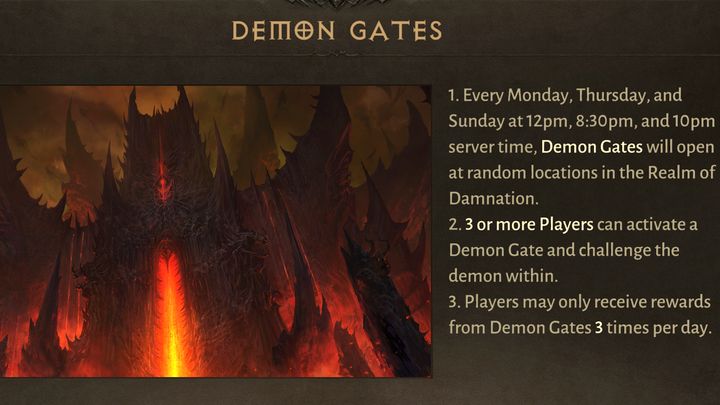 Demon Gates is an event that takes place on Mondays, Thursdays and Sundays in the following hours (server time):

During the event, players can open numerous portals from which several demons will emerge. Defeat them to receive rewards. To open the portal, you need to do it with at least 3 people (but you don't have to be in the party). During the event, you can only open 3 portals (and receive 3 rewards). 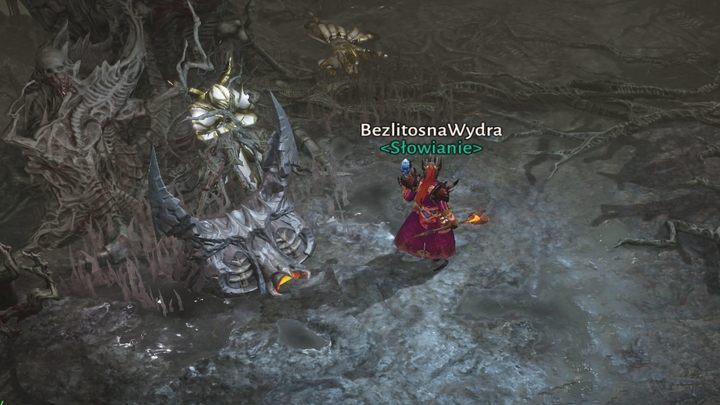 Hidden Lairs in the Realm of Damnation take the form of portals, similar to those found in the Frozen Tundra.

This is a special quest that works as an event in the central point of the southern part of the location [1]. It is not easy to find it, since there are long breaks between the quests, and you can accidentally activate multiple other random events in the area.