On this map, you will find the locations of all points of interest in the Dark Wood location in Diablo Immortal. These are, among others: potential locations of Hidden Lairs, location bosses and elite enemies, and side quests.

Zone Event in the Dark Wood is to eliminate monsters. Damage taken increases proportionally to the number of defeated creatures. Once you fill the progress bar, head to the Tree of Inifuss where you will face your clone. You can perform this task at any time. 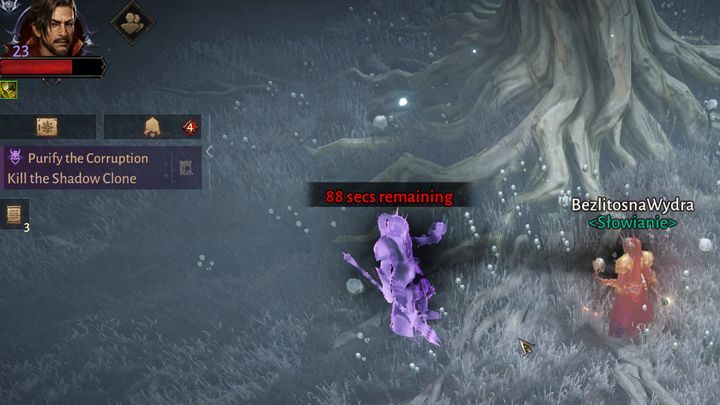 It is not worth focusing on it, only doing it while exploring or performing other quests, including Bounties. The quest is related to the exploration achievement: Shadow Clone. As a reward, you have a chance to get a Legendary item. 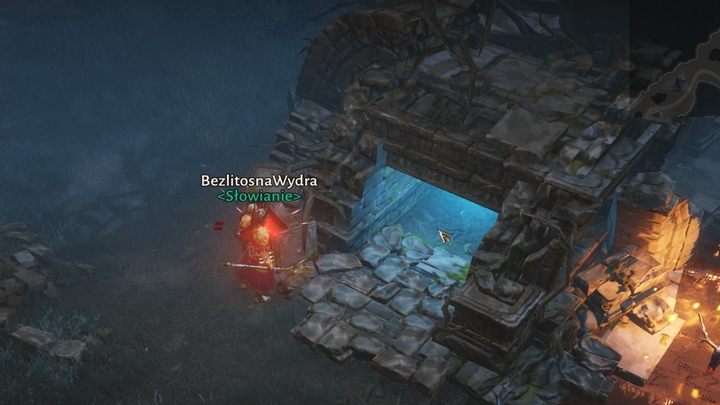 Hidden Lairs in the Dark Wood take the form of stone passages to the dungeons - there are destroyed statues in front of the entrance.

Blood Rose is the boss of the location, it appears every 10 minutes after it's killed. It has a trait that makes combat difficult - at half health, it starts to pull enemies to the red zone, which it uses to heal itself. Everyone who finds themselves in it give a lot of life to the boss.

Note - defeating Rose as part of the story is not a sufficient condition. To get all the rewards, it is worth fighting it only on the Hell 1 difficulty level. 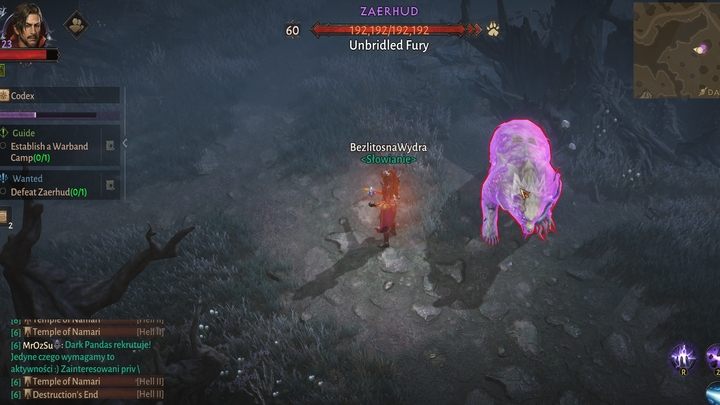 The monster appears every 10 minutes in the location indicated on the map in the Dark Wood. It is a bear. Note - sometimes another bear appears instead of it. 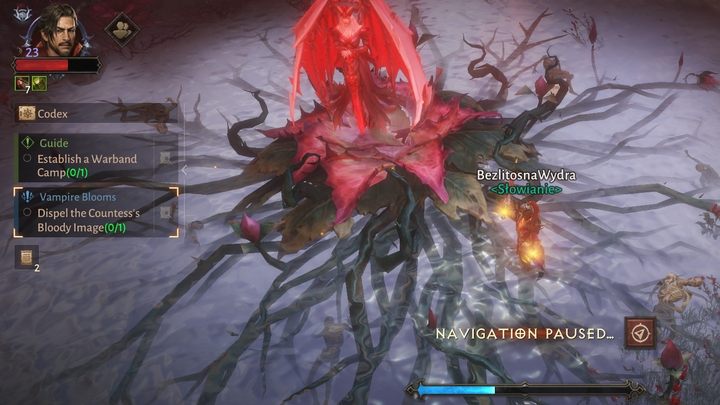 You will find a red flower in the Fetid Swamp area. The task is to close it. It will be possible only when the event in this place begins, and it happens every 15 minutes. Then you just need to interact with the flower to close it and complete the quest.