On this page, you can read how to defeat the boss Lassal in Diablo Immortal. You will learn how to start a fight with him through the Helliquary, what attacks the boss has, and how to avoid his key attacks. 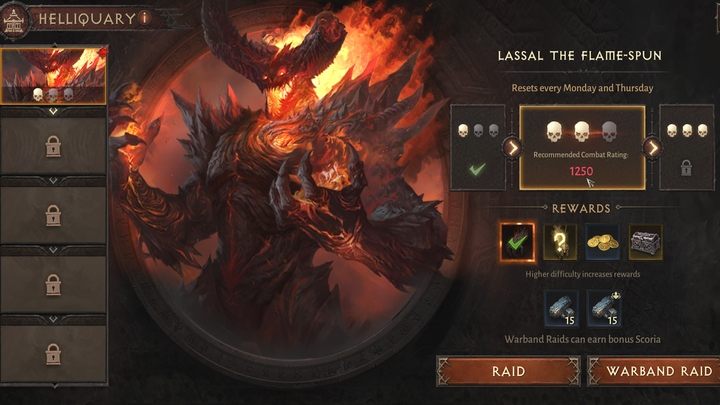 Lassal is the first main boss that you can face in a party of eight players (as part of the Warband). To take on this challenge, you need to be level 35+ and complete the starting quest related to the Helliquary. You can claim the reward for fighting Lassal only once a week. The suggested player level is 420 Battle Points. The next difficulty levels of this boss require 1,250 and 1,640 Battle Points, respectively. To start a fight, go to the center of Westmarch to open the Helliquary. 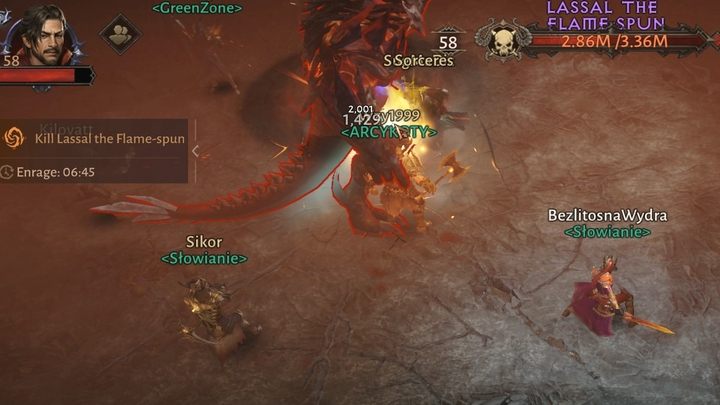 Lassal has 4 health bars. Each of them means another phase in which the boss's behavior changes. The first rule is to avoid standing in a group - you can resurrect, so you don't want to die in a group. At the beginning, the boss attacks with melee, so ranged characters are safe. 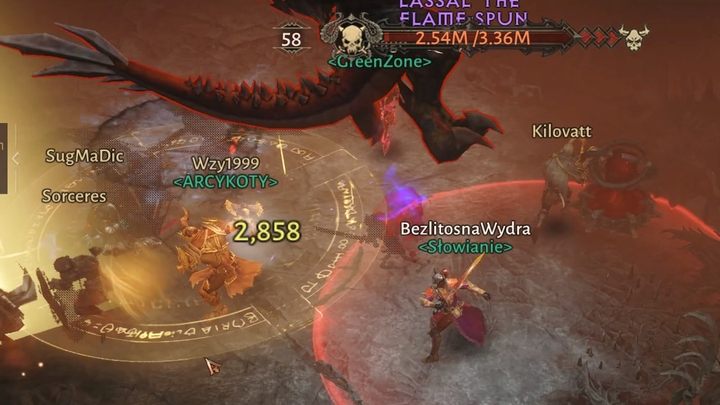 Watch out for the jump attack - it depletes a lot of Health points and is a sequence of several jumps. It's best to run to the place where the boss has started jumping. 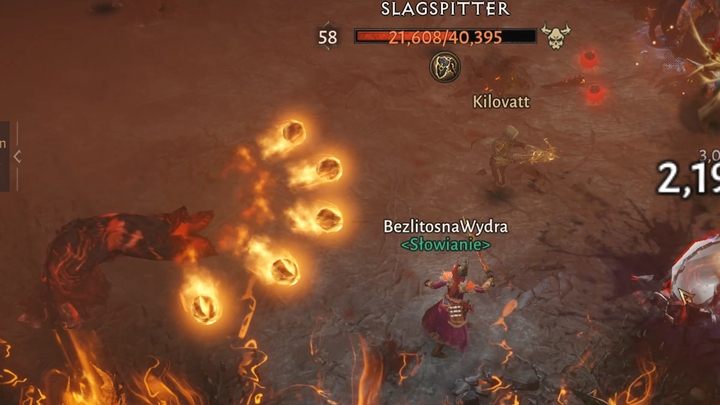 When the boss loses his first health bar, he will start summoning fire-spitting monsters periodically. Deal with them quickly, but be careful which way they are facing. If you use melee, you can get hit by all fireballs if you don't dodge. You should also watch out for an area attack (180 degrees radius in front of the boss). 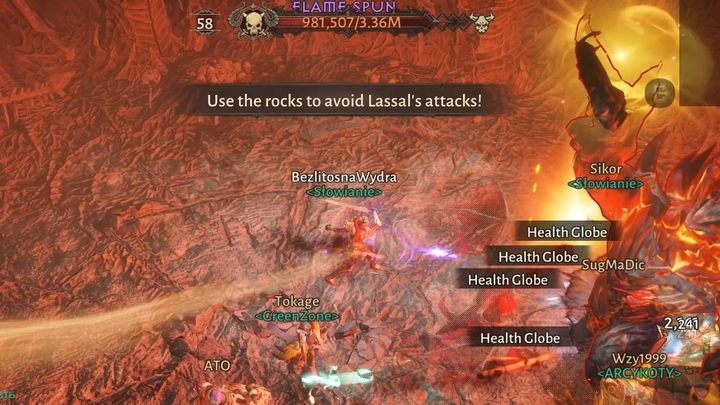 When Lassal has 2 health bars left, a key mechanic will start, which may result in a wipe (elimination of the entire team). It begins with an attack that creates boulders where selected players are. Keep an eye on where the stones appear and stay close to them. After a while, the boss will move to the center of the arena, where he will start a critical attack. You have to hide behind the rocks that Lassal previously created. 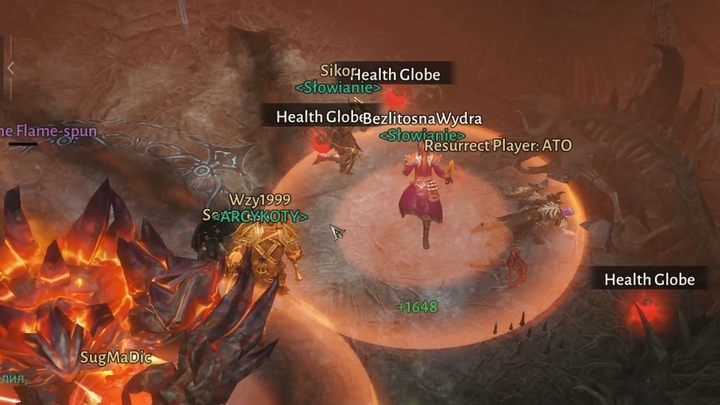 The last attack you need to pay attention to is the orange circles around players - they debuff and then explode, damaging every player within the zone.

Below are some tips for fighting Lassal: 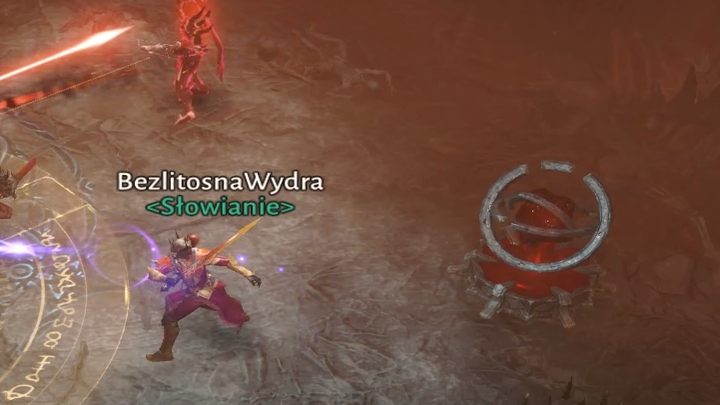 For defeating Lassal on any difficulty level, you will receive rewards: 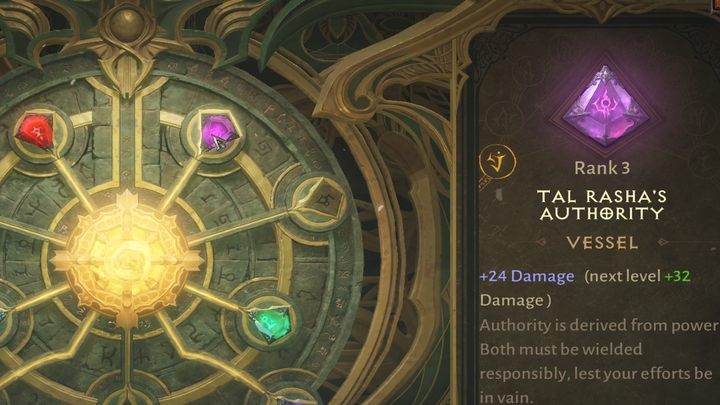 For defeating Lassal for the first time, you will receive a Tal Rasha's Authority stone, which will be placed in Iben Fahd's Sanctum. It grants a passive bonus to damage. 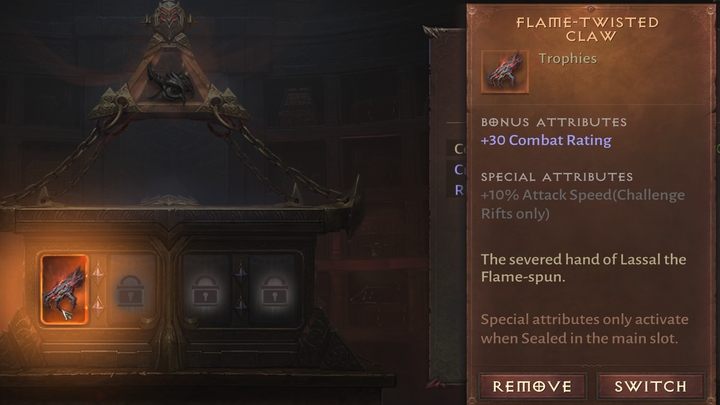 Defeating the boss for the first time also guarantees a relic for the Helliquary: Flame-Twisted Claw.