On this page, we will look into the endgame in Diablo Immortal. You will learn when it happens, what activities are unlocked in the endgame and what the further development of the character looks like.

Endgame takes place after the end of the story and reaching the 60th character level. From then on, the gameplay undergoes some changes: 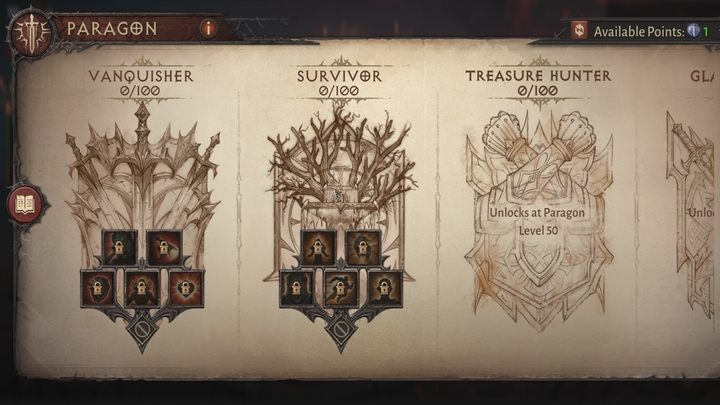 Upon reaching level 60, you will unlock the Receipt in the main menu. From now on, each character level will be marked with a navy blue color next to their avatar and at the beginning, you will have access to two development trees. The next ones will be unlocked at higher levels. You don't have to develop only one tree. You can choose any upgrades that seem right for you at the moment. However, you cannot undo your choices - points once distributed will remain distributed so forever. 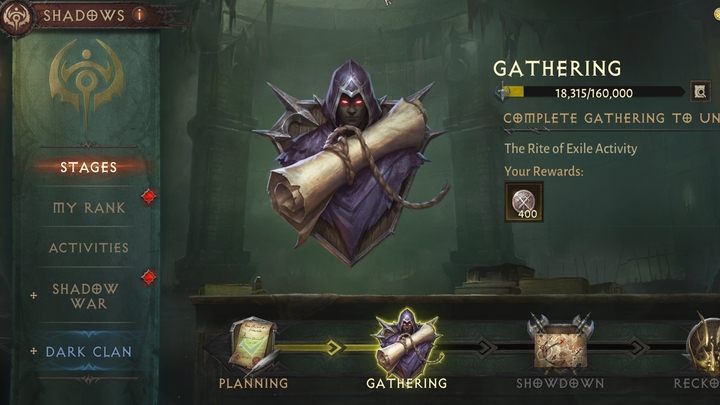 You can join any clan early in the game, but to enjoy the clan gameplay, it is recommended to have the leader join the faction. You will be able to perform additional activities that bring benefits not only for the clan, but also for you personally. At the highest stage, you can join the clan wars. 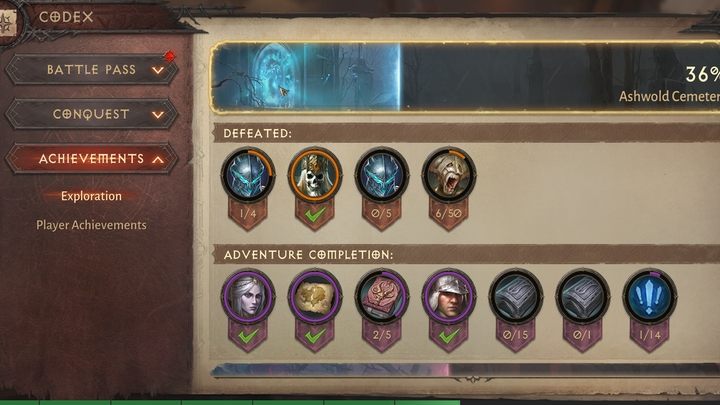 If you like side quests and secrets, in the Codex you will find Exploration Achievements that require you to complete specific tasks, find secrets or eliminate certain rare enemies "x times". Along with the Hell difficulty level, you will unlock access to some previously unavailable challenges. This includes repeatable side quests (to gain Enchanted Dust), a list of which can be found in the Codex. You can complete all the tasks to complete the Codex challenge. 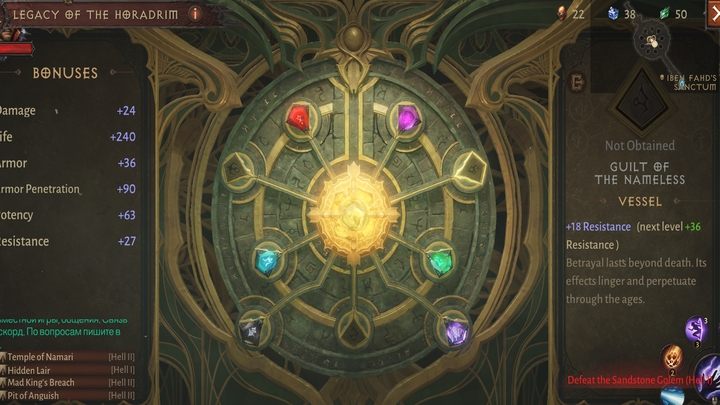 Legacy of the Horadrim in Iben Fahd's Sanctum is actually your first checklist, which will show you the next goals after completing the story. You have to face (and defeat) the indicated bosses and monsters to get special stones that provide passive bonuses for your characters and which you can upgrade. It's a good idea to deal with this first as soon as you unlock the Hell 1 difficulty level. 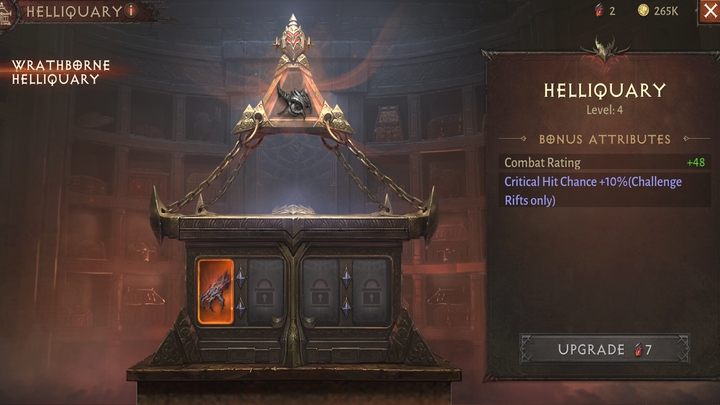 Even though you will unlock the Helliquary earlier, you will still be able to develop it. By defeating the bosses once a week, you will be able to unlock higher levels of the Helliquary. Defeating bosses will earn you trophies, which will give you passive bonuses. The decision to enter the fight is influenced by your Combat Rating level - you can choose both the boss and the difficulty level. 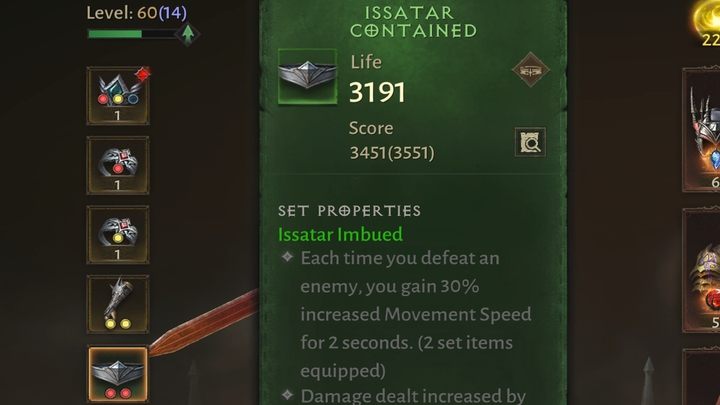 Set items generate a passive bonus for a hero who has at least 2 items from the same set. These items have a green background and are the highest level of gear available to the player. You cannot trade them, so you collect them as your own personal challenge, according to your preferences.