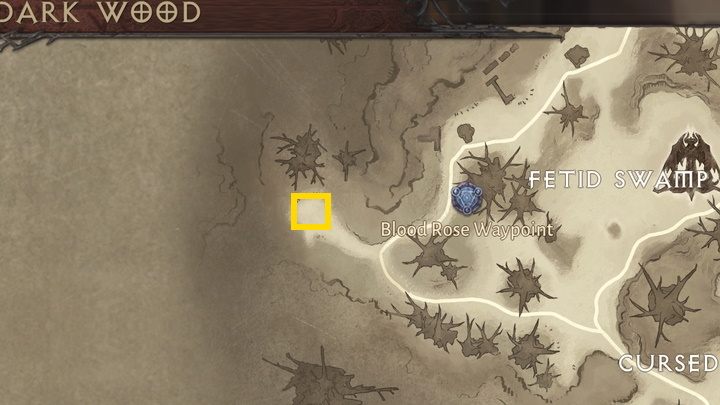 Blood Rose is the first World Boss you'll encounter in the Dark Woods. You fought it during one of the story missions, but the World Boss version is much more powerful - has over 13 million health points. You will find it in the western corner of the map. Anyone can join the fight at any time. However, at least 6 people is needed for this fight, and the more the better. 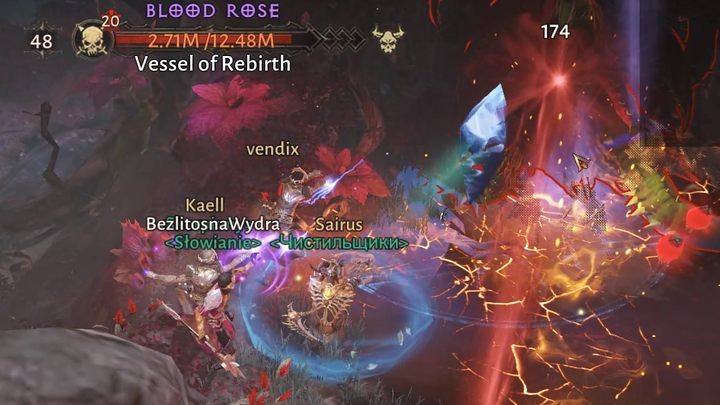 Stick to the left side to avoid the beam

Preparation includes choosing the right skills, replenishing health potions and, preferably, charging the Resurrection Stones. Ranged skills that deal as much damage as possible in a short time are the best for this fight. It is not worth investing in defense here, because the fight, after you quickly learn the boss's moveset, can be completed almost without taking any damage. Remember that the damage dealt to the boss does not charge your Potions, so watch out for your health (however, it will occasionally drop Health Orbs).

It is a good idea to be accompanied by at least 10 strong heroes. On Hell 1, you have a chance to defeat the boss in about 3 minutes.

The boss has a few basic attacks: 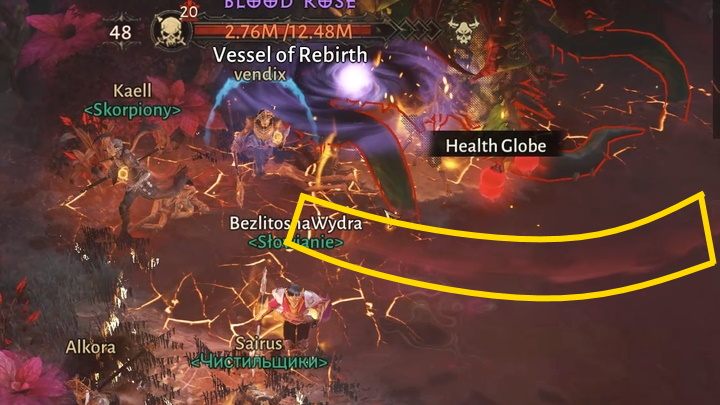 Run away when you see the circle around the boss

This will be a disappointment for you - the boss doesn't offer any valuable rewards. You will get around 20k experience, some gold, random items, and 40 Hilts. Basically what you can find while exploring. 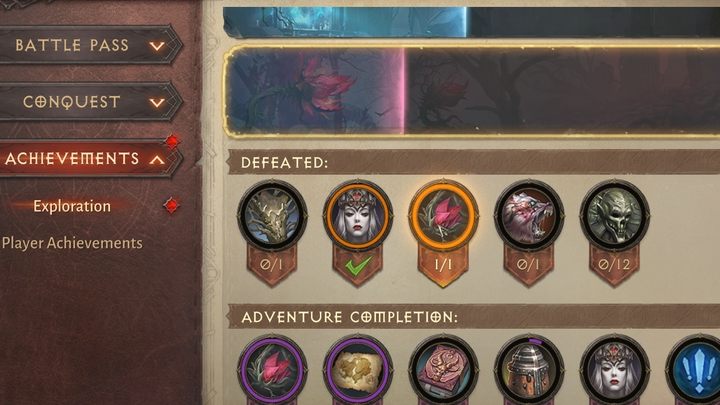 The boss, however, is one of the entries you have to complete in the Codex's Exploration challenges for the Dark Wood region, so this fight is mandatory for those who are trying to complete the game in 100%. 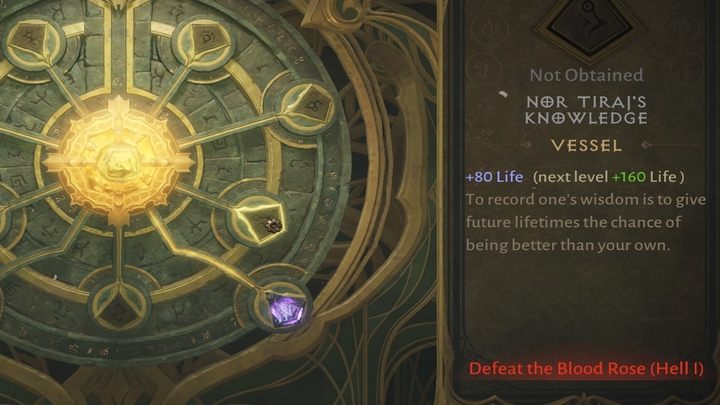 It is important to defeat the boss on the Hell 1 level - you will then receive a stone that you will place in the Iben Fahd's Sanctum, which grants a passive Health bonus and can be upgraded.