On this page of the Diablo Immortal guide, you will learn what the Shadow Lottery is, how to sign up for it, as well as how to win and what to do next to join the Shadow Faction.

How to take part in the Shadow Lottery?

By participating in the Shadow Lottery in Diablo Immortal, you have a chance to join the Shadow Faction, but you need to be lucky with the rolls. You can sign up for the Shadow Lottery at the Mysterious Patron who can be found in the inn in Westmarch, but only after reaching level 43 and completing The Cycle Begins quest. 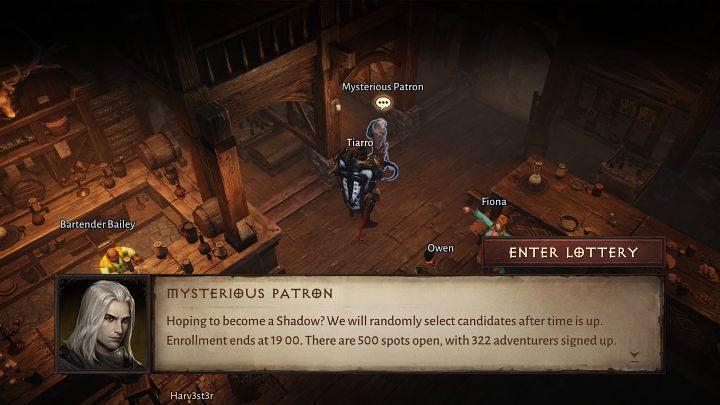 Shadow Lottery is only available during certain hours, and you have 1 hour to sign up to them. Once lottery registration is open, you'll receive this in-game message - in the same place where you get notifications for prizes. 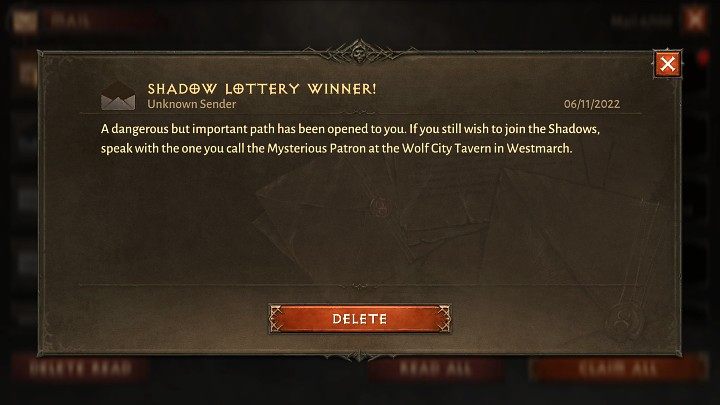 When the lottery ends, you will receive a message from an unknown sender. If you are lucky, you will be invited to the next stage, i.e. a conversation with the Mysterious Patron.

If you are not selected, you can take part in the lottery again and wait for the result of the draw until you are successful. 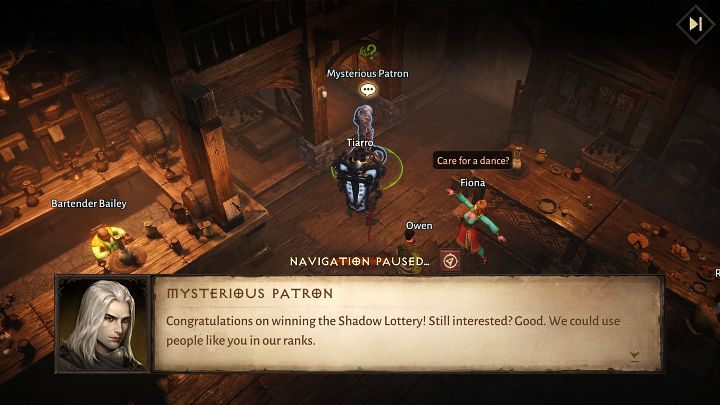 When you manage to win the Shadow Lottery, you will have to go to the tavern in Westmarch and talk to the Mysterious Patron. During the conversation in the tavern, a new location will open - Court of Whispers. 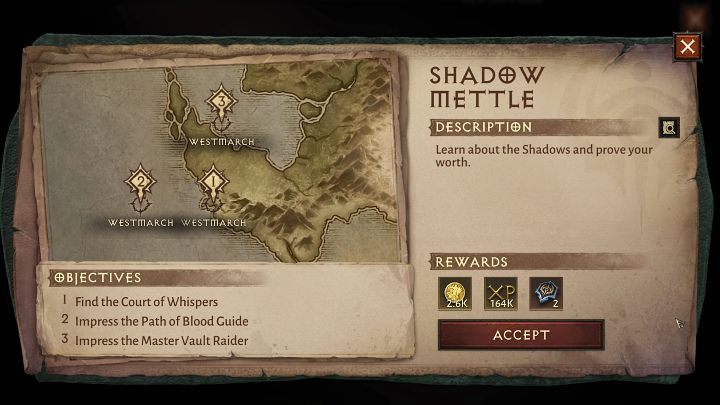 Next, talk to the bartender and you will get a list of three objectives to complete: 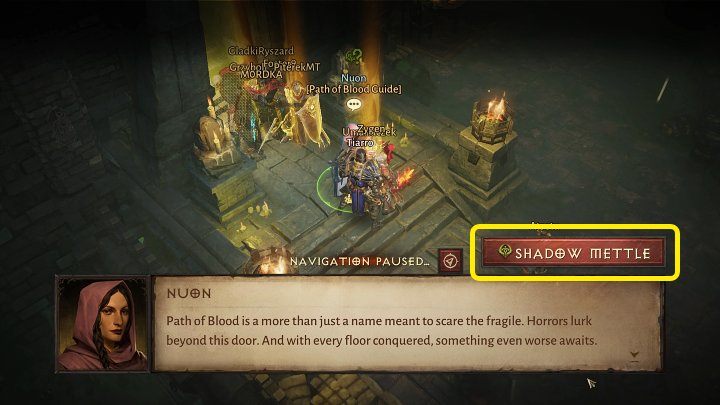 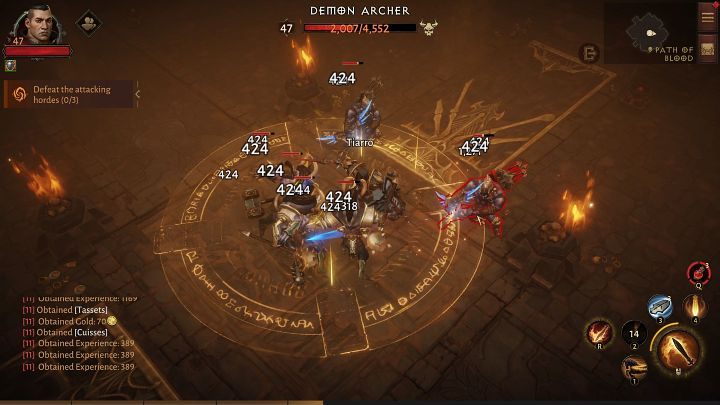 The task is not complicated, it is enough to defeat a few waves of enemies - monsters fighting at close range and those with ranged attacks. After completing the quest, talk to Nuon to proceed to the next stage of the Shadow Faction trial. 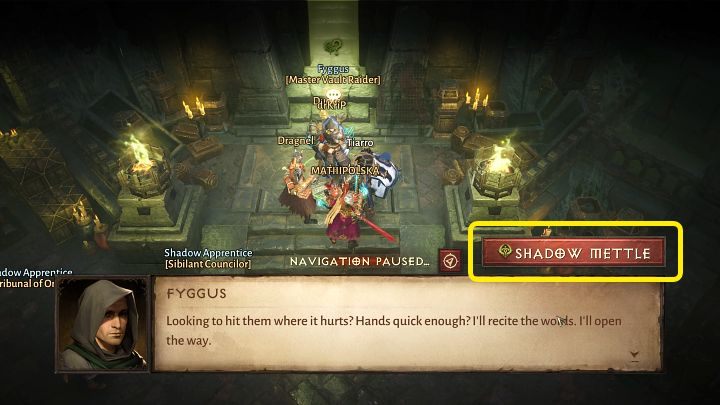 After completing the Path of Blood, find Fyggus and talk to him to get the next quest. 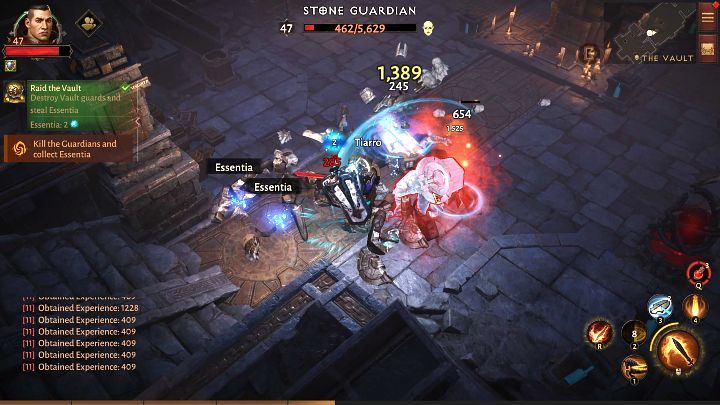 Your task will be to collect 25 Essentia, which can be dropped by enemies you encounter on your way through the Vault. 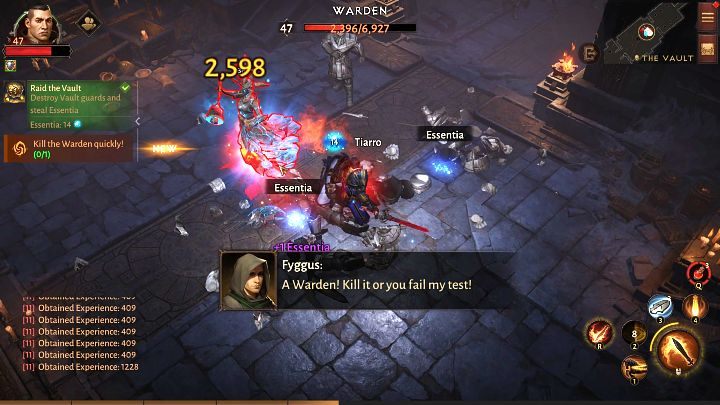 When the Warden appears on the map, you'll have to eliminate him before he can raise the alarm. If you fail, you will fail the Fyggus test. In such a situation, ignore the remaining enemies and focus on the Warden. 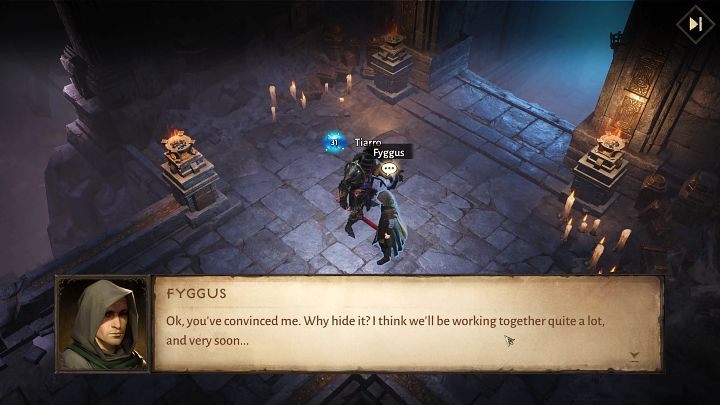 At the end of the path, talk to Fyggus and give him the Essences you have obtained to complete this step. Upon your return to the Court of Whispers, speak to the Master Vault Raider again to proceed to the final trial. 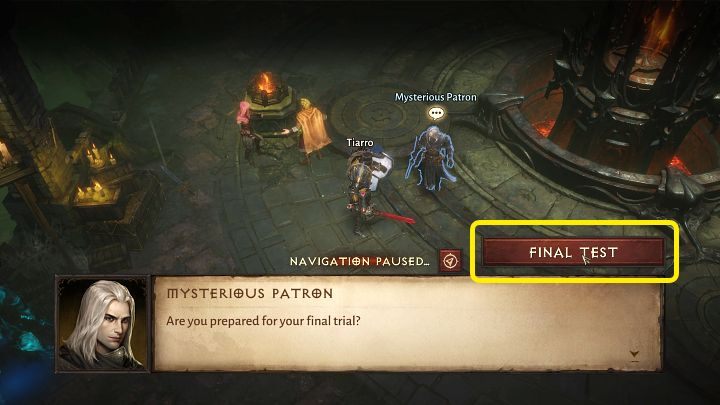 After completing the trial of Fyggus, talk to the Mysterious Patron and he'll give you the final assignment - you'll have to defeat three powerful ancient champions. 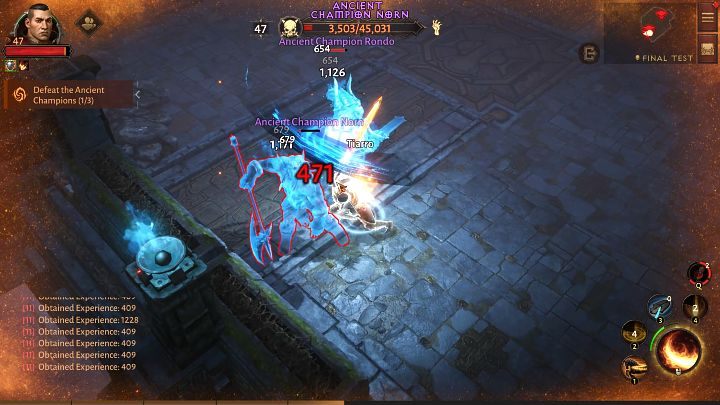 Ancient Champions are much tougher opponents, so you shouldn't underestimate them. You will start the fight by facing one of them, but over time more will join the fight. 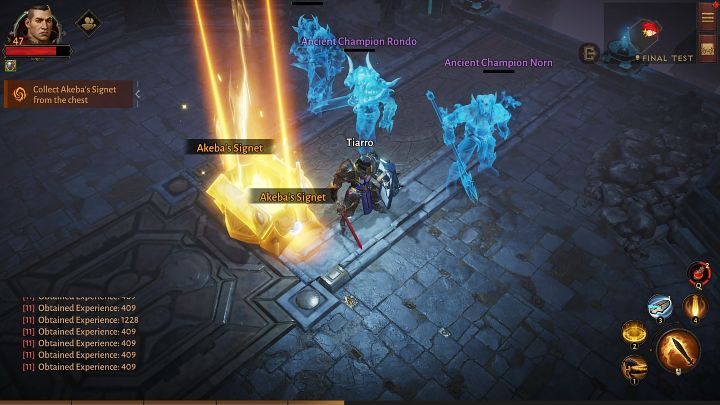 Defeat the champions to obtain two Akeba's Signets. You can use one to join the Shadows, and give the other to any player and invite them to the Shadow Faction.

Accept the invitation to the Shadows 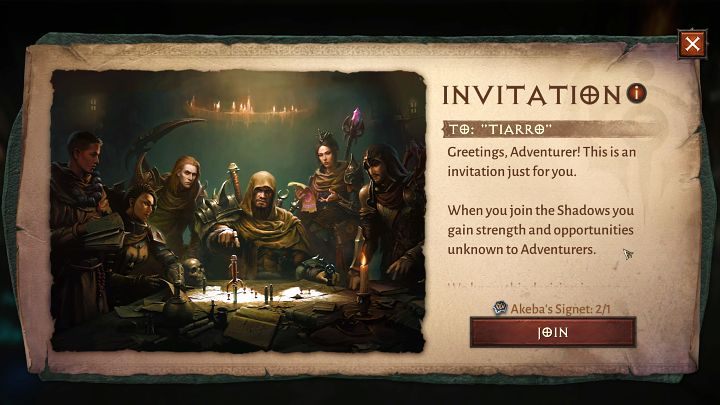 To join the Shadows, you will have to leave your current clan or wait for the clan leader to transform it into a Shadow Clan.