On this page, you will learn whether you can encounter a Treasure Goblin in Diablo Immortal, and how to catch it.

Treasure Goblins have appeared in Diablo 3 and can also be found in the latest installment of the series, Diablo Immortal. These neutral creatures start fleeing as soon as they get hit, so be careful not to scare them off. 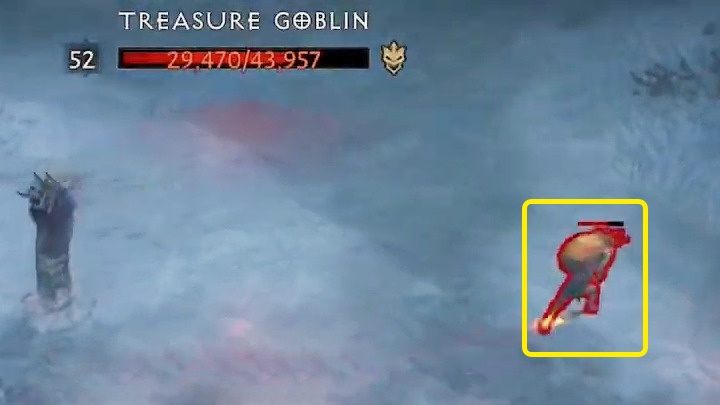 Treasure Goblins spawn in random locations on the map, and you'll be able to hear a characteristic chuckle when you're in their vicinity. In addition to gold, a defeated Treasure Goblin also drops items, including legendary gear (if you're lucky). If you fail to kill the Goblin within the given time, the little thief will open a portal and run to another corner of the Sanctuary.

To quickly deal with a Treasure Goblin in Diablo Immortal, you have to follow a few rules: