On this page of the guide, we supplied information regarding Battle Pass and Battle Points, and studied whether there are rewards for completing the Battle Pass in Diablo Immortal. You will also read about what information is provided by Codex. 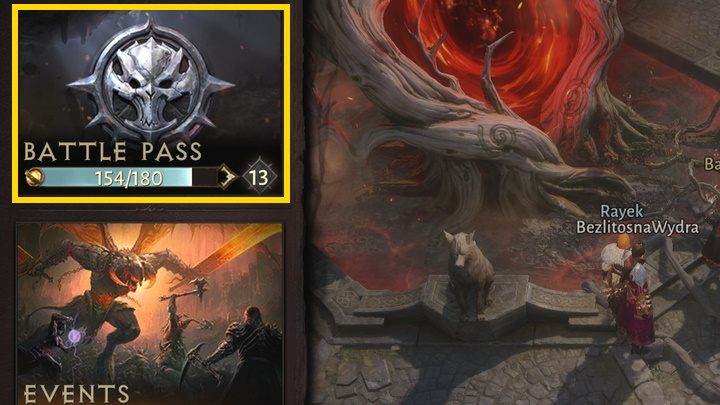 Basically, Battle Pass is your current progress in the given season. Earning Battle Points earns new levels of Battle Pass. A new level means serious rewards for the hero, bu each level can only be achieved once during a given season. The current level of Battle Points (or, progress) can be seen after opening the menu, on the left side of the screen. After clicking on the icon, you will see detailed information and rewards panel. Each hero has his own Battle Pass level, starting with 0. 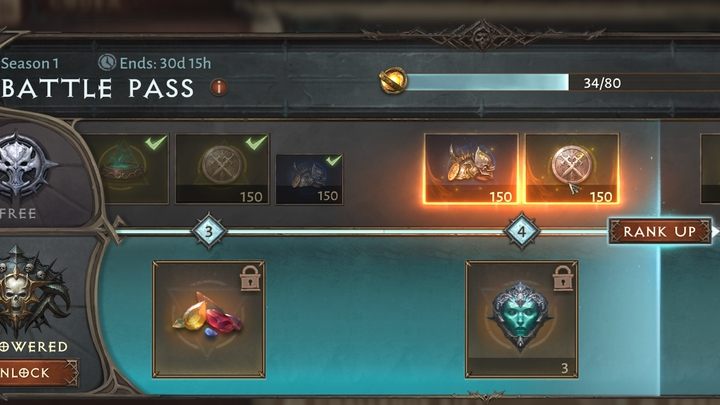 Some rewards include Crests and Gems. Nevertheless, all rewards serve to help you level-up more effectively and faster. Of course, premium players can buy an enhanced version of the Pass, which means additional rewards per level. Reaching a maximum, level 40, means that further rewards only include Gift of Renown chests, which only contain Hilts and junk.

Most of the rewards received via the Battle Pass can only be redeemed once, even if you rolled several characters. 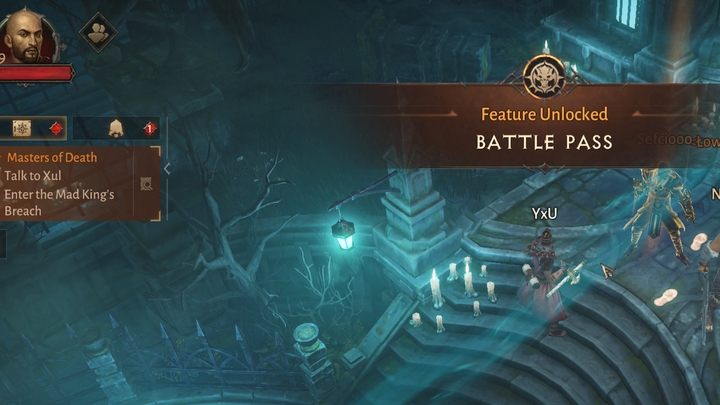 The Battle Pass becomes active after completing the quests in the initial location (Ashvold's Cemetery) i.e. reaching the first dungeon, at level 20 of experience. For that reason, avoid doing too much in the initial phase of the game - side activities are only counted towards the Pass if the pass is active.

The Codex is used to track your progress and activities involving the Battle Pass . It shows quests and challenges that offer various rewards and Battle Points. You can complete such actions daily, but the pool is replenished every monday. 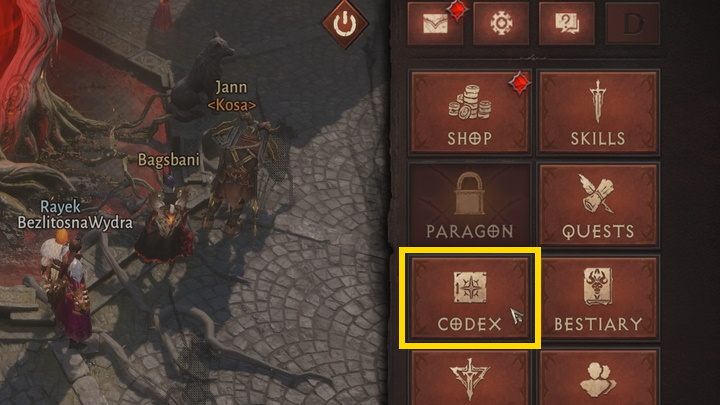 You can open the Codex from the menu or by selecting X on the keyboard. Codex is essential to the Battle Pass, as the tasks it offers are the main source of Battle Points. Nevertheless, some dailies yield additional items or experience. 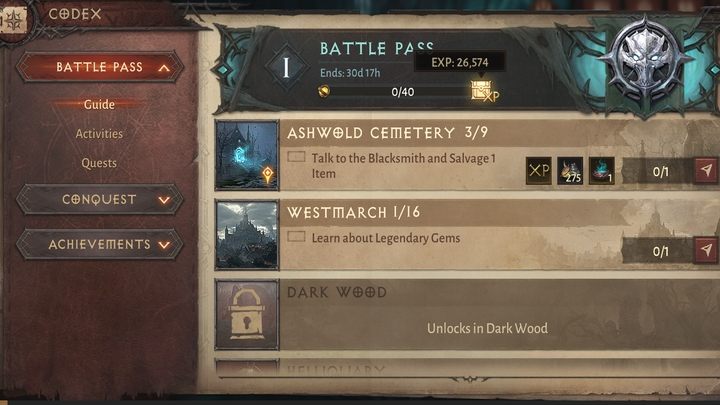 The tasks in the Codex are divided into categories :

As you reach new levels and further locations, more tasks will become available, offering access to new rewards. You can also track these objectives through your map.