On this page of the Diablo Immortal guide, you will find starting tips prepared for people who are new to the game. The following tips and hints are related to, among others, exploration, combat, and character progression.

Choose the right region and server

Before playing Diablo Immortal, you will need to set up your region and server. Selecting a region other than the one recommended may result in lags during the game. If you want to play together with your friends, make sure you're all on the same server - Diablo Immortal has cross-play, but not cross-server. 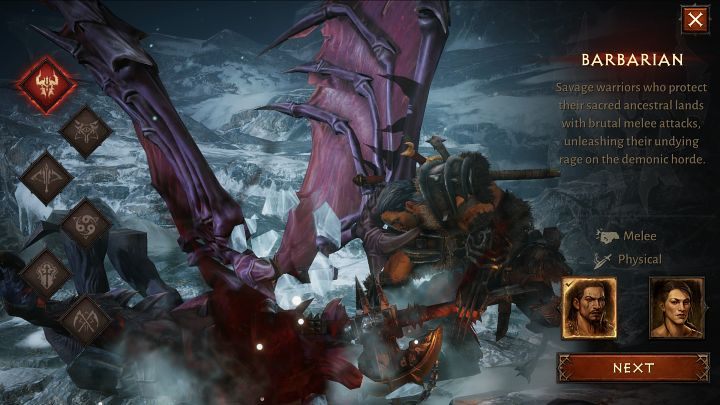 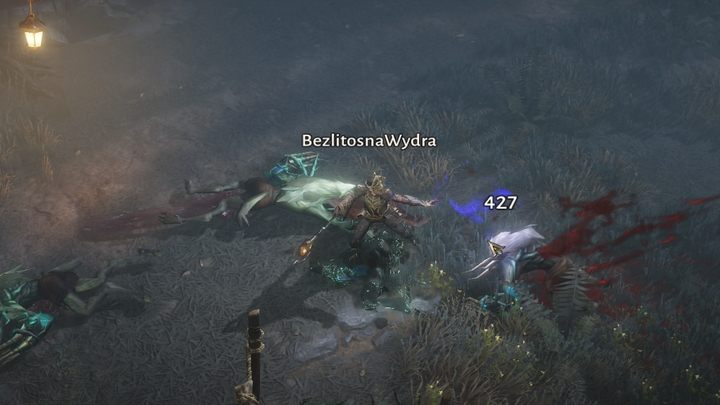 The game encourages you to fight enemies mainly with the use of skills. Some of them, however, have huge cooldowns or are not useful in the current situation. Don't forget about the basic attack, which in Diablo Immortal can deal quite a lot of damage - sometimes even higher than some skills. However, it depends on the weapon you have and the hero's class.

If you play on a keyboard and mouse

While playing on a keyboard and mouse, you can move the character using WASD and the mouse - LMB and RMB. The difference between LMB and RMB is that by pressing LMB you move and interact with everything, and, when aiming at the enemy, you shoot or walk towards the opponent to attack. 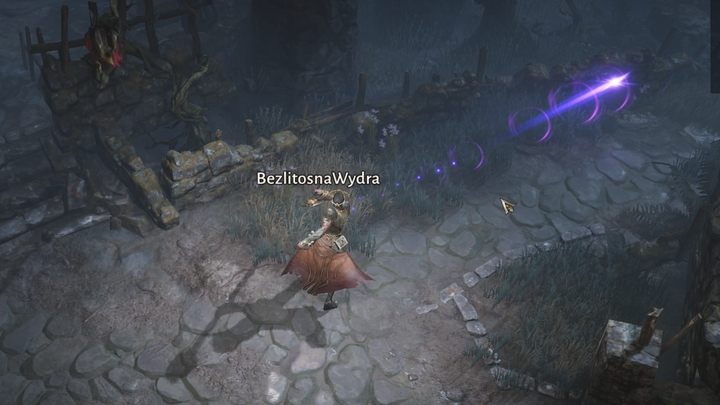 If you are playing as a character with a ranged attack, it is also worth using the Shift button - thanks to this you can shoot at enemies with a basic attack from any distance and in any direction, without accidentally approaching the enemies. This can also be useful for melee characters when you don't want to change your position.

Be vigilant during boss fights 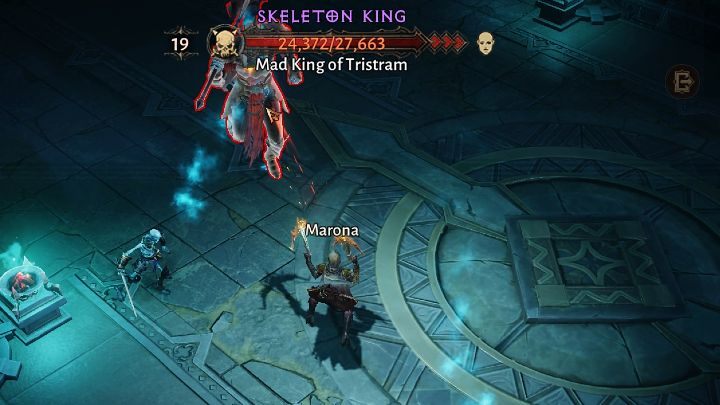 The boss battle arenas are built in various ways - especially the story-related ones, where you enter dungeons alone. It is a good idea to get rid of their minions, if there are any, before attacking the boss. If the boss itself summons monsters, focus on fighting only the strongest opponent. When you defeat the boss, you won't have to defeat the minions.

Adapt your skill set to the situation 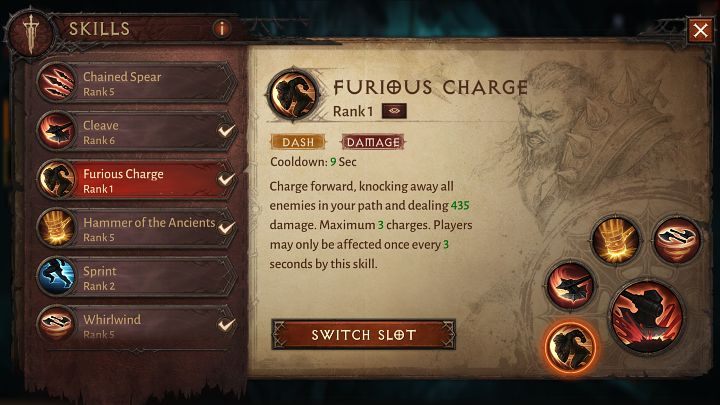 In Diablo Immortal, you can freely change the set of skills and replace some of them with others you already know. The ability to switch skills is useful in many cases, e.g. during more difficult stages of the game, where, for example, you need skills that increase your character's survivability or mobility, or while farming, where the skills that deal high area damage are important. 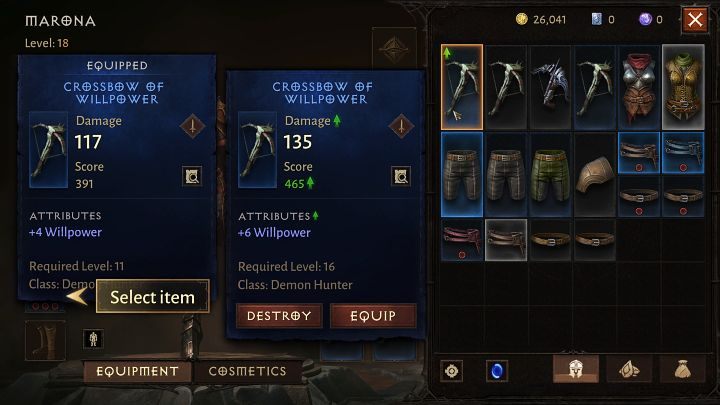 This is especially important at the beginning of the game when you often find new pieces of armor or weapons. After starting the game, practically every item you pick up will be better than the one you are currently using, so check your inventory to see if you picked up something better. 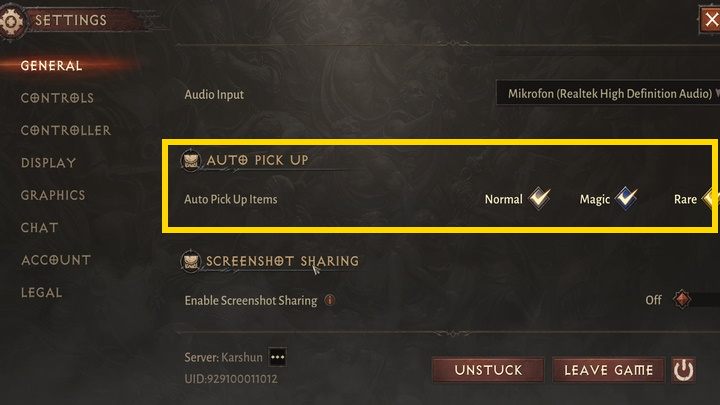 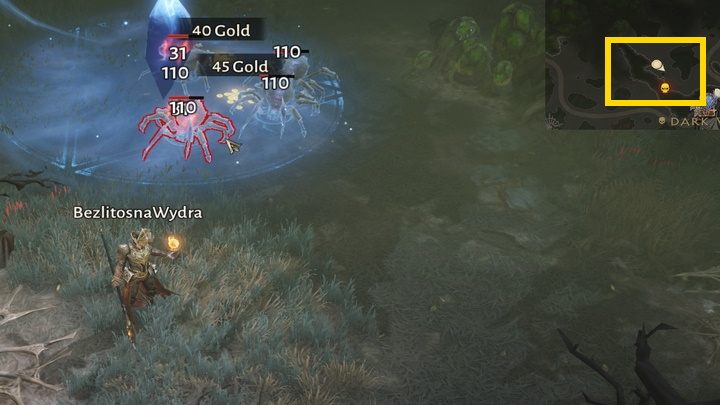 The mini-map is your ally. It is worth checking it from time to time to see if there are any icons on it - the colored markers are for interesting points or events nearby that you cannot see with the naked eye. You will know, for example, the location of treasure chests, strong enemies, or Events. 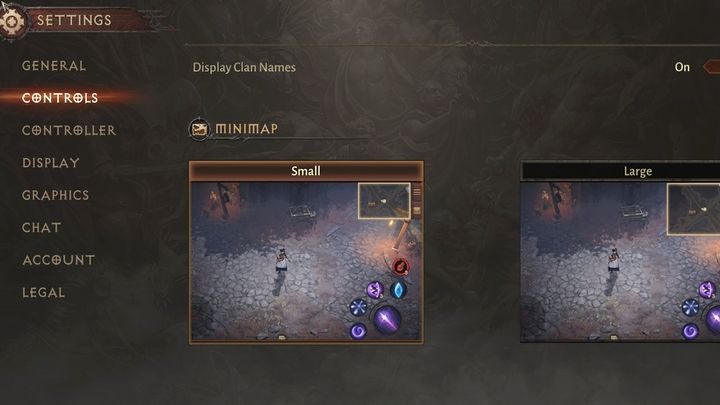 In the game options, you can change the size of the mini-map to a smaller or larger one.

Pick up rewards from the Battle Pass 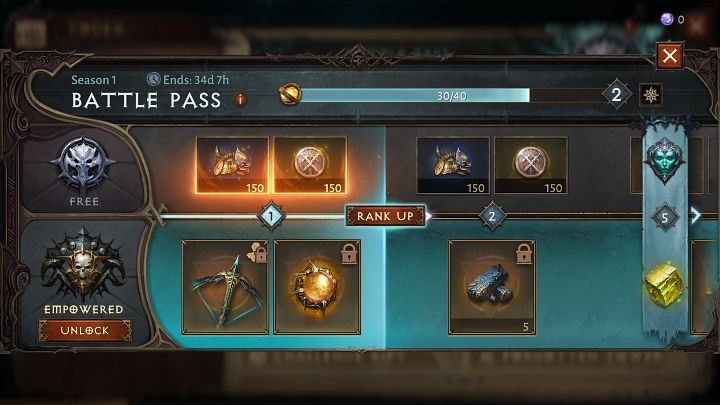 The Battle Pass in Diablo Immortal is divided into a free and paid section. You do not have to invest money in it, but remember to systematically receive free rewards as you can gain valuable items and experience points.