On this page of the guide to Diablo 2 Resurrected you will learn how to start and complete the Radament's Lair quest.

Once you arrive to Lut Gholain you will be greeted by Jerhyn. You can always talk to Wariv in order to return to the Rogue Encampment or to use a waypoint.

Immediately activate the city center waypoint in Lut Gholain! If you don't, you might have a problem activating other portals along the way!

Finish the first quest Radament's Lair before you start purchasing equipment - your reward is a small discount from all traders! 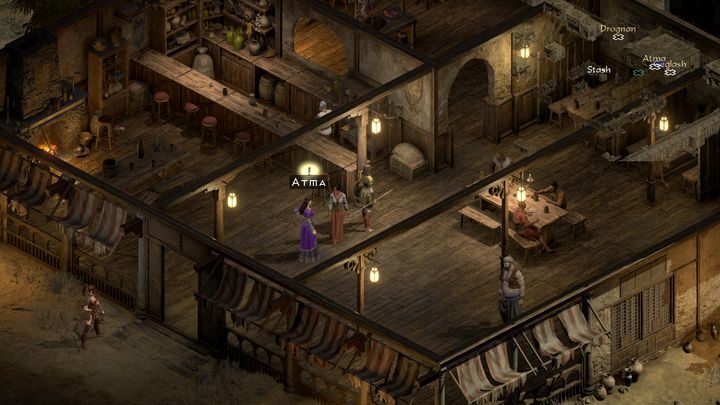 First you need to talk to Atma - you'll find her in the tavern on the eastern side of town. She'll tell you to go down into the sewers and kill a monster dwelling inside. 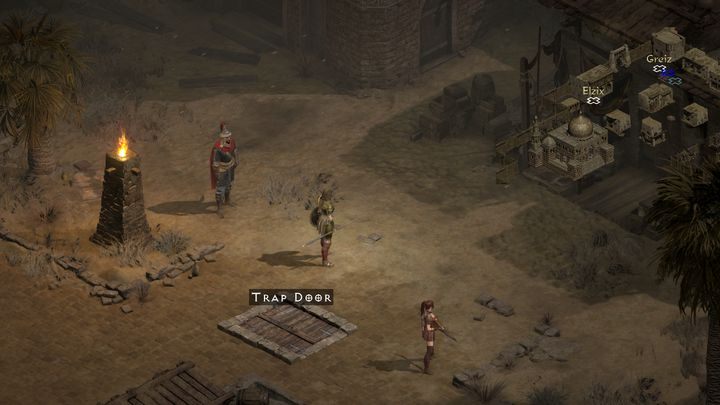 The Sewers entrance can be found next to Greiz, in the north-west part of town. In the sewers you can easily get poisoned or burned by archers shooting flaming arrows. Stock up on potions - don't hope the first mission will be easy. 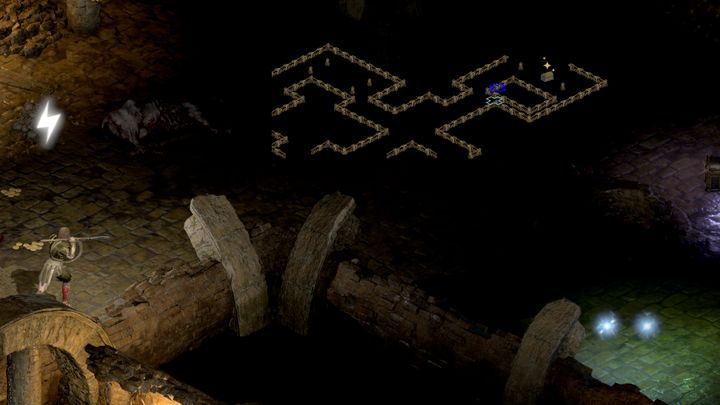 Once you see a chest on the map, you'll know you're close to Radament's dwelling. The boss guards the chest alongside his skeletal minions. 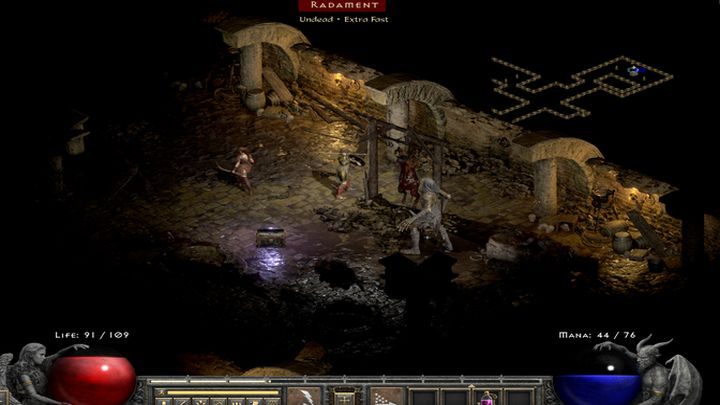 The battle against Radament is not easy. He's fast, has melee and ranged attacks, although he doesn't move often. Instead he prefers to summon hordes of undead which are supposed to swarm and surround you. Your best bet is to immediately go all-out on him, trying to kill him as soon as possible - his minions will die with him.

After killing the boss and opening the chest you'll find: the Heriadric Scroll and a Tome of Skill - by using it you can learn a new skill for free. You should save it for the later stages of the game. By taking the scroll you'll begin a new quest - The Horadric Staff. For completing this mission all traders will slightly lower their prices (triggers once you talk to Atma after killing Radament).