On this page of the guide to Diablo 2 Resurrected you will learn how to begin and complete the task of the sister of carnage.

After returning Charsi's stolen hammer - the Horadric Malus - in the Tools of the Trade quest you'll begin the final mission of Diablo 2 Resurrected's Act 1: Sisters to the Slaughter. This mission's objective is eliminating the final boss of Act 1 - Andariel. 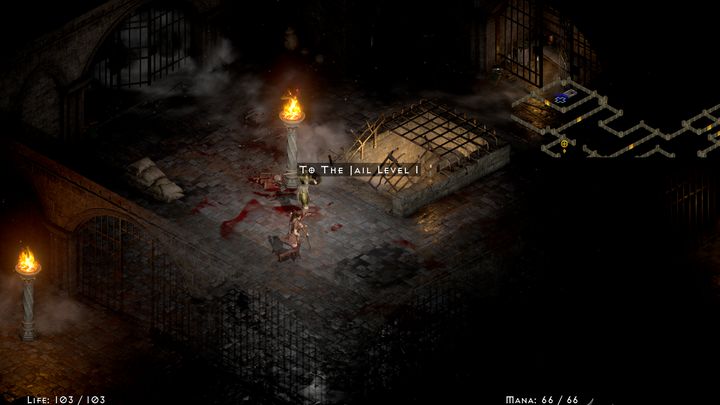 Starting off, talk to Deckard Cain in the Rogue Encampment. Andariel can be fought on the lowest level of the final area: The Catacombs. To get there you need to go through the Barracks and find an entrance to the Jail (it consists of three floors). After getting through the Jail, you'll enter the Inner Cloister. 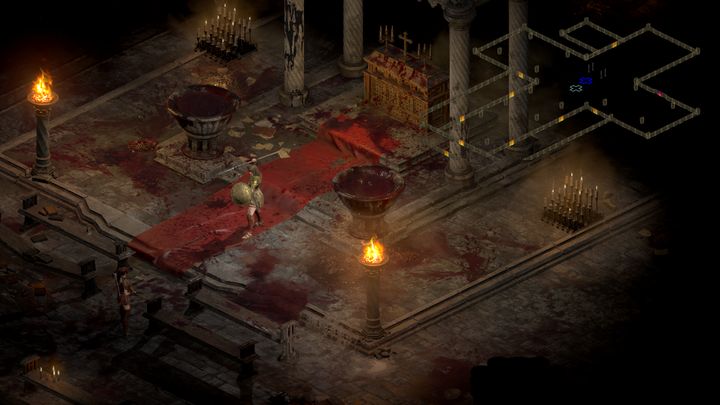 From here you can reach a small Cathedral - in its right wall you'll find the entrance to the Catacombs (four floors - the boss can be found on the final one). 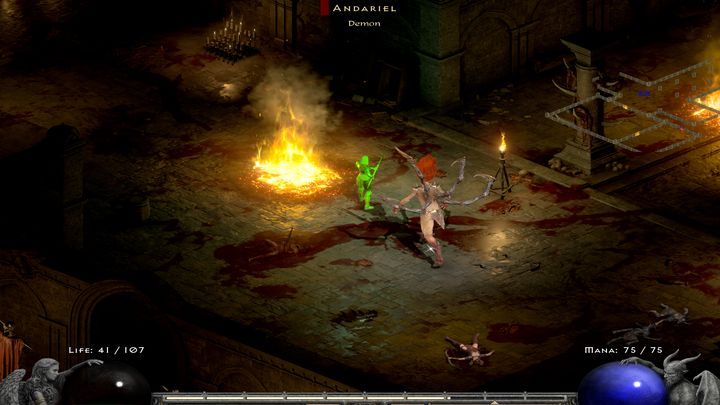 Andariel is fought in the third room on the fourth floor of the Catacombs - make sure to clear out the two previous rooms. While preparing for the battle against Andariel you should equip items giving poison resistance and supply yourself with antidotes.

Her moveset includes a melee attack, which isn't too bad. She also has a ranged attack she uses less frequently, which involves shooting poison. This attack is fast and difficult to avoid at close range (try to hide behind cover). If she uses it while far away, you can avoid the projectiles by standing between them or hiding behind an obstacle. After the ranged attack you have a free window to attack the boss. Watch out - if you're hit by the entire burst of projectiles at close range, you may easily die outright. Cold attacks can be useful - if they're successful they'll slow her down, making her ranged poison more predictable. Fire, however, deals 50% more damage to Andariel. Ranged attacks and quick melee attacks are recommended, as they give you a possibility to back off if you take a heavy hit.

First of all, try to eliminate her minions. A lot of them dwell in the depths of the chamber, so they can be ignored if you keep the fight in a smaller area. Andariel herself dwells in the third room on the fourth floor of the Catacombs. Make sure to prepare a portal beforehand, in case you need to escape or quickly get some items.

The journey to Lut Gholain

After defeating Andariel return to the Rogue Encampment. From now on, Act 2 is available. 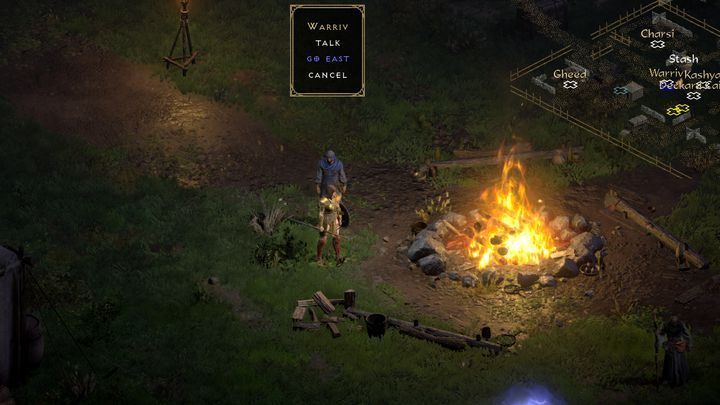 To begin the new Act talk to Warriv in the Rogue Encampment. You can always return to Act 1 by using waypoints.