On this page of the guide to Diablo 2 Resurrected you will learn how to start and finish Tools of the Trade.

After completing The Search for Cain quest, you will unlock access to the Tools of the Trade task. This is the fifth of six tasks in Diablo 2 Resurrected. You will get the quest from Charsi the blacksmith. Your task is to find the Horadric Malus hammer in the Barracks next to the Monastery. 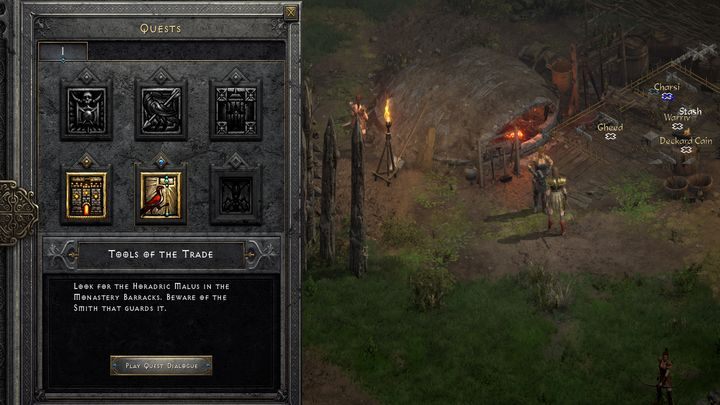 You don't have to talk to Charsi to actually complete the quest. 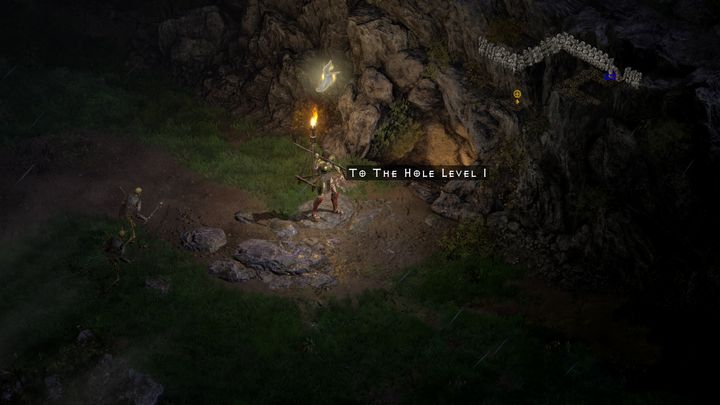 Go to the Dark Wood and from there head to the Black Swamp. Find the entrance to the cave (either in the rock wall or a hole in the middle of the fields), which will lead you to the Tamoe Highlands. The cave has 2 levels, but the passage can be found on the 1st.

From the Tamoe Highlands, you can reach the outer Monastery directly by finding the walls and the monastery gate to the east. You will find the Barracks by heading further into the building. 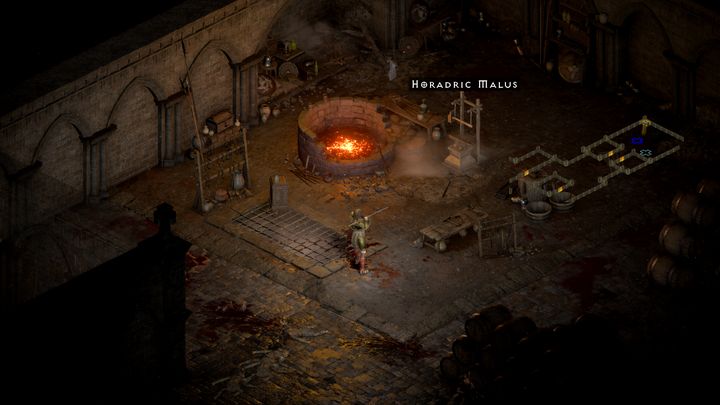 Blacksmith's forge - this area's mini-boss will be hidden in a random location within the Barracks. As you make your way through the Barracks, you must move slowly and carefully - firstly you don't want to accidentally run into the Smith, and secondly you will encounter many lesser, but strong enemies in the area. The boss himself is quite strong and fast. You should have an escape route planned out in case you need to regroup. In the forge, you will find a handle near the furnace. That's where you'll find the Horadric Malus. Touch the handle and lift the hammer off the ground. Now you'll need to bring it to Charsi. 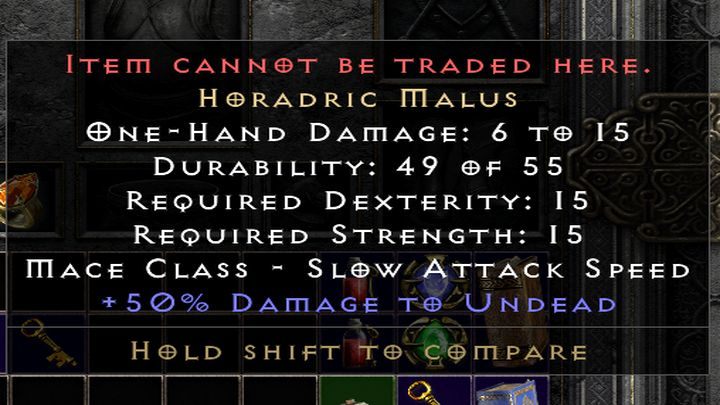 Horadric Malus stats - you can use it as a weapon if the stats work for you.

As a reward, Charsi can modify one of your weapons by adding a gem socket. You can do this at any time by selecting the right option from the conversation menu with Charsi - you will keep access to her regular services. Only then will the quest count as completed in the journal.

Adding a gem socket to a weapon is best left for a later stage of the game when you will be able to find better items, since the reward can only be redeemed once. You can proceed to the next act without completing the quest. There are some items you can't modify, such as unique items or parts of a set, since sockets can't be added to them.