The original Diablo 2 was famous for its multiplayer which allowed interacting with other players, travelling to higher-level areas and cooperation. Diablo 2 Resurrected is supposed to be no different, even though the beta release didn't showcase all of the planned future content. 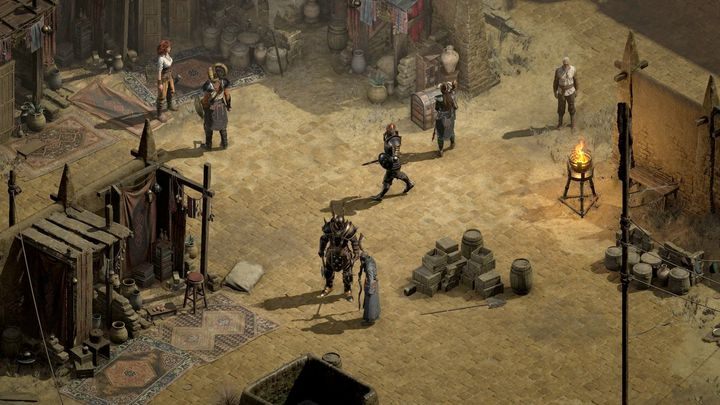 To answer the question: yes, multiplayer is available in Diablo 2 Resurrected. It's accessible both on PC and the consoles. The multiplayer, obviously, isn't required. The game is still fully playable in singleplayer. The question remains - what about cross-play with players using different platforms?

At this moment (the release day) cross-play is not available, although the developers claim it could be a possibility in the future. The game, however, features a cross-progression option, which allows you to save your progress on one platform and access it on a different one (i.e. character stats, the contents of your stash, your equipment). If you intend to play on several devices at once, you need to purchase the game multiple times on different platforms.

Dedicated Battle.net servers have been announced, offering all of the features of the platform such as a friends' list. Creating your own lobby via TCP / IP is still a possibility.