Diablo 2 Resurrected requires a moderately long time to beat. On this page of our guide you'll learn how long finishing the game takes.

It's difficult to complete the game before going through almost 50 hours of gameplay. Experienced players who are already familiar with Diablo 2 and the Lord of Destruction expansion can finish it a bit sooner.

Much is dependant on your playstyle, the playable character, your build, luck (finding unique gear), knowledge about the areas and recommended tactics during boss fights, as well as your desire to traverse optional areas and find more loot. Those who attempt to focus only on story-related quests might end up being too weak and under-equipped for the late game enemies, requiring them to spend some time grinding.

The second major influence on the game's length is your character class. Defensive characters (like the Barbarian) and complex characters (like the Necromancer) make combat take longer in general (but they also save time by not dying as often and not needing to constantly retreat). Your character's build - their skills, stats and gear - also influences combat's pace, especially if you're not properly equipped to quickly eliminate swarms of weak enemies. 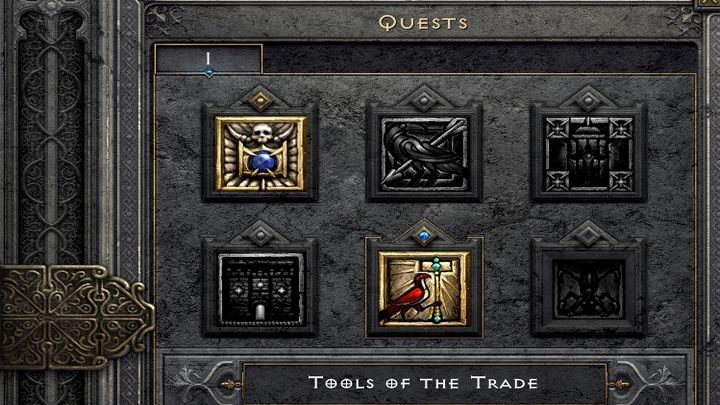 Diablo 2 Resurrected doesn't contain sidequests. Additionally, you don't need to complete every main quest to finish an Act. You can always return to a location later, sweeping through the remaining quests with a stronger character. However, some quests reward you with extremely useful bonuses, so skipping them isn't recommended.