On this page of the guide to Destruction AllStars you will find the most important information about the Stockpile mode. You will learn how to cooperate with the team and win matches in the Stockpile mode, as well as what are the trusty techniques which will help you contribute to the whole team's high score. 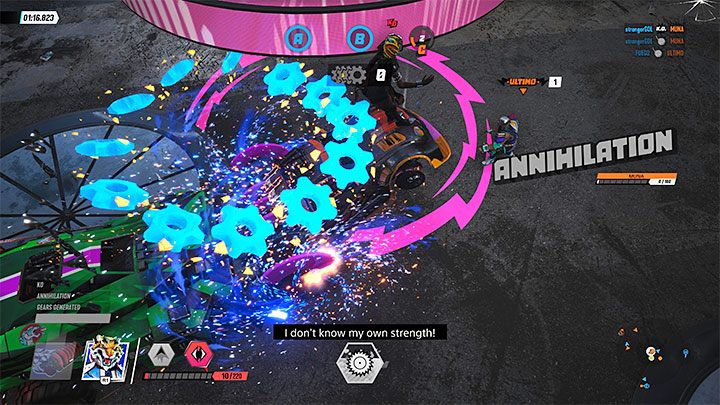 Stockpile is a team mode where two teams compete against one another. Each team can have up to 8 players. All members of a given team fight for dominance over the opposing team. Thus, you can't play thinking only about yourself, because it will not help your team win.

In the Stockpile mode, you must collect gears, but they are not in the arena since the very beginning of the fight. Gears appear where a player has successfully eliminated (KO) or destroyed (Wreck) another person. You can do this yourself or wait until one of your team members successfully eliminates a player from the opposite team. 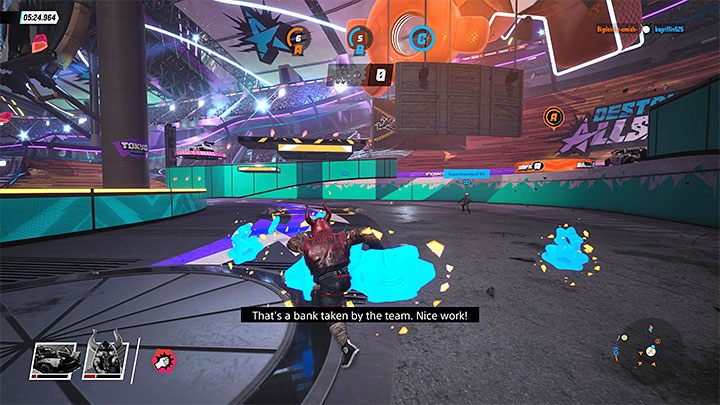 In order to collect the gears lying on the ground, you need to jump out of the vehicle. You can't pick them up by driving over them. This is not the only problem, because each of the AllStars can carry a very limited number of gears. Always try to fill the "inventory" of your AllStar as much as you can before moving on to the next step. 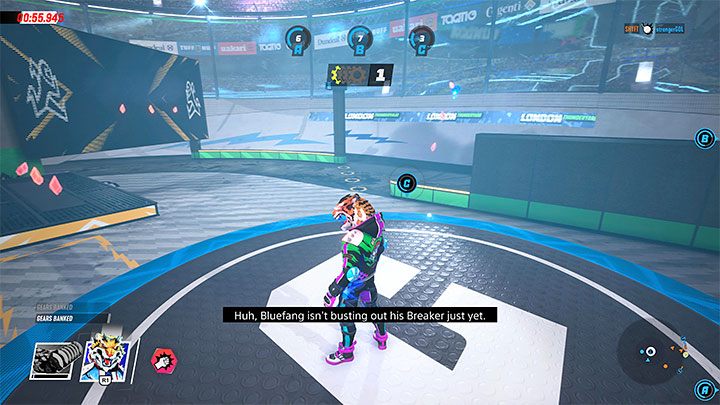 The players must deliver the gears to 3 banks located on the map - A, B and C. Their icons are always visible on the screen. This allows you to determine where each of the banks is located and who is currently its "owner". Of course, dropping the gears off in the bank works both ways - you can take a bank over from the opposing team, and the opposing team can do the same to you.

In order to deposit your gears in the bank, you need to stand on it for a few seconds. This way, you can your team closer to owning a particular bank. 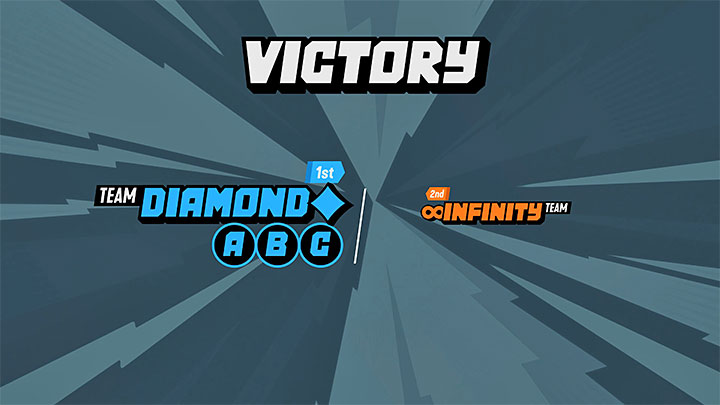 A Stockpile match can end in two main ways:

Stockpile mode - how to win matches?

Introductory note - Due to the fact that Stockpile is a team mode, if your team fails, it won't always be a reflection of your actions during the game. The game can simply assign you team members who are not very good at this mode. You can alleviate this problem a bit by playing with some friends who are familiar with Destruction AllStars. 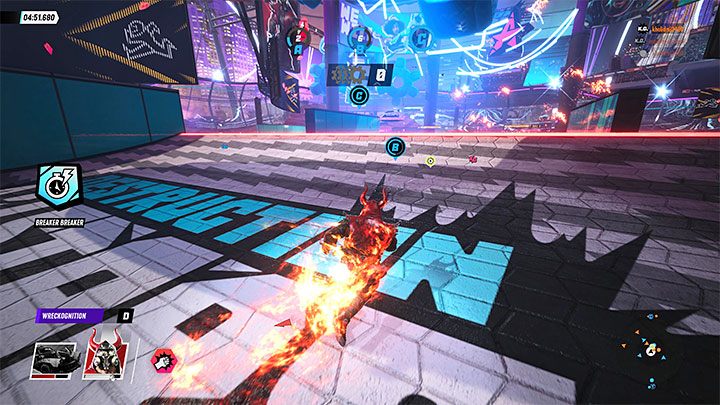 Stockpile is a good mode to play with friends, as it allows to divide tasks among the team members. Some people may take care of attacking and eliminating members of the opposing team, while others will collect abandoned gears and drop them off at banks. If you're playing with random players (or bots) that you don't talk to through voice chat, you'll have to keep changing your role on the team. For example, if you notice gears lying on the ground, you should stop driving for a moment and focus on collecting and dropping them off.

An interesting defensive tactic might be to attack competitors who try to deliver the gears. This can be particularly useful later in the game, e.g. if your team managed to gain advantage in all three banks. You can climb up on one and rely on Barges to push your opponents off. Of course, this mechanic works both ways and you may encounter a similar situation when you yourself will want to drop the gears off at the bank. It's best to consider activating the hero breaker (if their attacks are very heavy) or choose another bank.