This page of the guide to Destruction AllStars contains the description of Sgt. Rescue. He is one of the 16 playable Stars. You will learn what Breaker and what unique vehicle is available for Sgt. Rescue. We've also included some tips on how useful Sgt. Rescue is in different game modes and combat types. 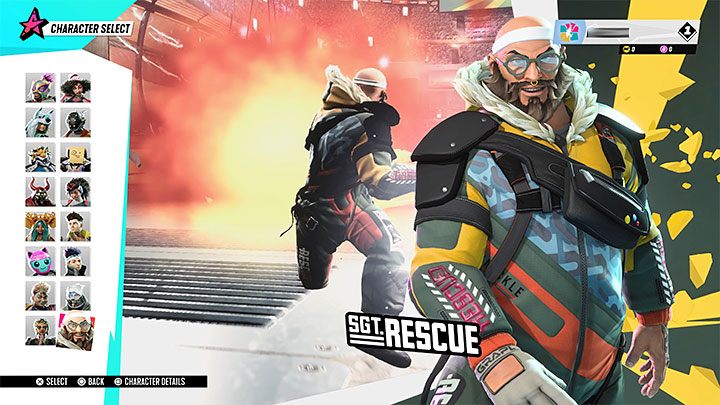 Sgt. Rescue is a character for players who like to make it difficult for their enemies to move and want to react to other players' actions. This can be helpful during team matches if you want to temporarily paralyze your opponents and also when you want to attack them on your own.

The Breaker makes Sgt. Rescue leave a trail of smoke behind while he runs. This can hinder other players' normal activities, because they will have to move blindly for some time. 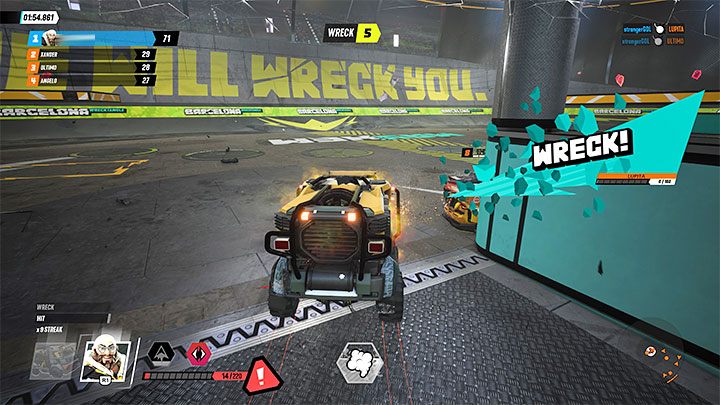 Sgt. Rescue's Hero Vehicle is Smoke Commander. It has 220 durability points, making it an above-average vehicle. Try to protect it from enemies' strong attacks.

Using the Breaker while driving the Smoke Commander can release a large cloud of smoke, which is quite effective in blinding the surrounding drivers. Additionally, this effect tampers with the radar of a player who drove into the smoke cloud, so that they will not be able to avoid any possible attacks. Sgt. Rescue can work well with other characters in team modes, e.g. to prevent the opponents from scoring points for their team or to expose them to your teammates' attacks.