On this page of the guide for Destruction AllStars, you can find a description of the Star named Jian. He is one of the 16 playable Stars. You will learn what Jian's Breaker and unique vehicle are. We've also included tips on how useful Jian may be in various combat types. 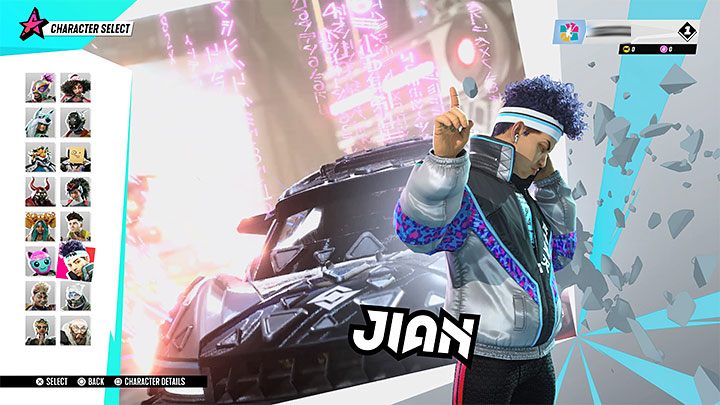 Jian is suitable for players who want to surprise their opponents. In the case of this Star, this can be done in two different ways - by setting up traps around the arenas and by suddenly extending spikes that can damage other vehicles.

The Breaker makes Jian deploy proximity mines, which can deal damage to other players. Mines affect both players travelling on foot (they can knock them down) and those using vehicles (they can damage them). It is a good idea to set the mines in tight passages and in locations where fights usually ensue. This will increase the chances of other players accidentally setting the mines off. 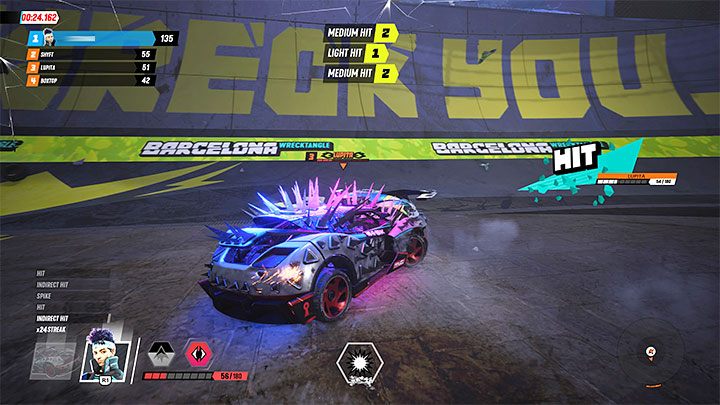 Jian's Hero Vehicle is Morningstar. It has 180 energy points, which means its durability is about average. Avoid slowing down and turning your car around when other players are nearby to reduce your chances of becoming an easy target.

Using the Breaker while driving the Morningstar covers the whole vehicle in spikes. They can be used in two ways. You can primarily use the spikes while playing defensively - it is best to slide them out just before another player rams into you, so that their attack will turn against them. Spikes can also be used as part of offensive gameplay - for example, you can slide them out them just before a strong collision with the vehicle you attack, so that on top of the standard damage, you will also inflict some with the spikes.