This page of the guide to Destruction AllStars describes the Star named Twinkle Riot/Tw!nkleR10t. She is one of the 16 playable characters of the game. You will learn what Breaker and unique vehicle are available for TwinkleRiot. We have also included tips on Twinkle Riot's usefulness in different types of combat. 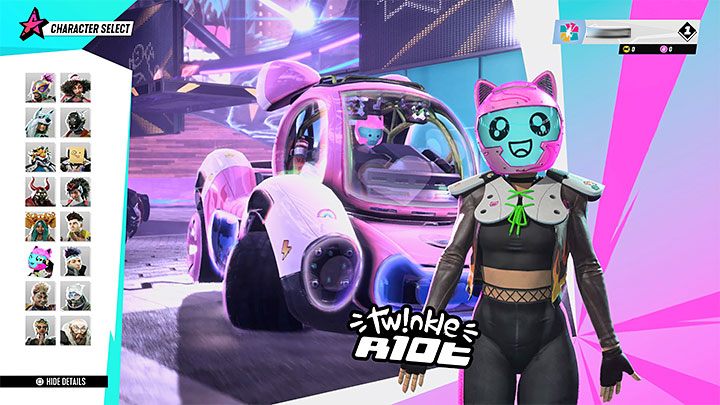 Twinkle Riot is suitable for players who want to increase the effectiveness of their melee attacks, known as Barges. However, this Star can also effectively attack other machines by using the unique Hero Vehicle.

The Breaker allows TwinkleRiot to perform a series of Barges at short intervals. Just to remind you, Barges are melee attacks triggered by pressing the square. It can be an effective technique if you want to disturb other players who move on foot, e.g. when they reach vacant vehicles or pick-ups. 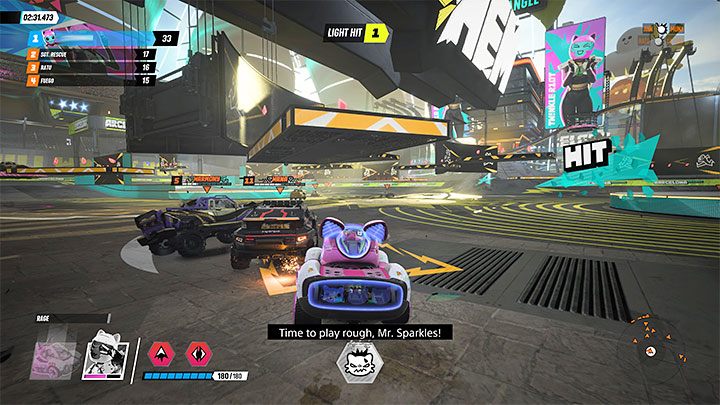 Twinkle Riot's Hero Vehicle is Mr. Sparkles. It has 180 energy points, which means its durability is about average. Avoid slowing down and turning your car around when other players are nearby to reduce your chances of becoming an easy target.

Using the Breaker when driving Mr. Sparkles allows you to use bumpers that produce a strong pulse attack. An important feature of the vehicle's Breaker is that you can influence the force of the impulse (that is, the attack strength) - it can become stronger if another vehicle has hit you with more power. Therefore, it's good to make sure that the attacks you direct at your opponents are as strong as possible.