This page of the guide to Destruction AllStars contains the description of the Star named Boxtop. He is one of the 16 playable Stars. You will learn what Breaker and unique vehicle are available to Boxtop. We have also included tips on Boxtop's usefulness in different types of combat. 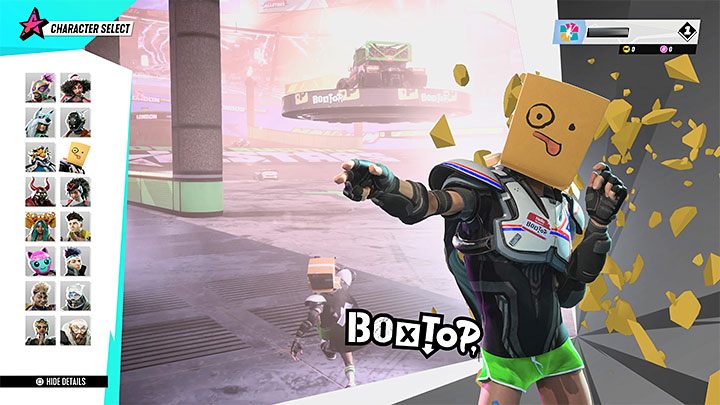 Boxtop is recommended for players who want to display an above-average efficiency in team matches. It can also effectively disturb your opponents.

The Breaker makes Boxtop drop boxes. Their important feature is that they can help other team members (this applies to team modes in which you cooperate with other players within the same team) or disturb the opposing players, knocking them over (this applies to all types of games, not just team games). 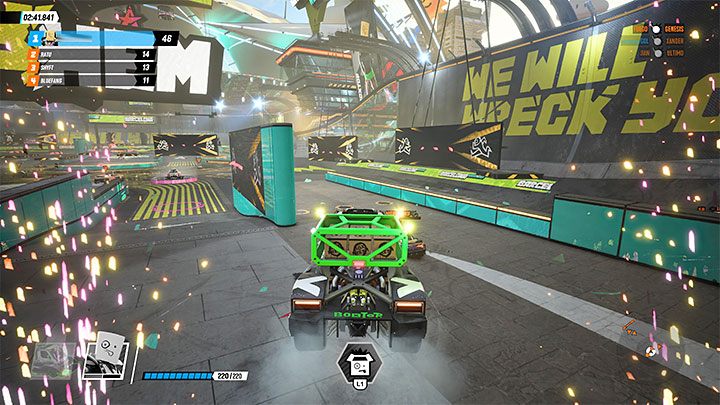 Boxtop's Hero Vehicle is Boxmobile. It has 220 durability points, making it an above-average vehicle.

Using the Breaker when driving the Boxmobile allows you to release drones that can attack opponents by using fireworks. An important feature of this Breaker is that the drones are only released when you collide with other vehicles. Simply getting close to them won't be enough. As a result, it is best to activate the Breaker just before you come into contact with a group of enemy machines.