On this page of the Destruction AllStars guide, you can find a description of Shyft. He is one of the 16 playable Stars. You will learn about Shyft's special ability (Breaker) and unique Hero Vehicle. We've also included tips on using Shyft in various types of matches. 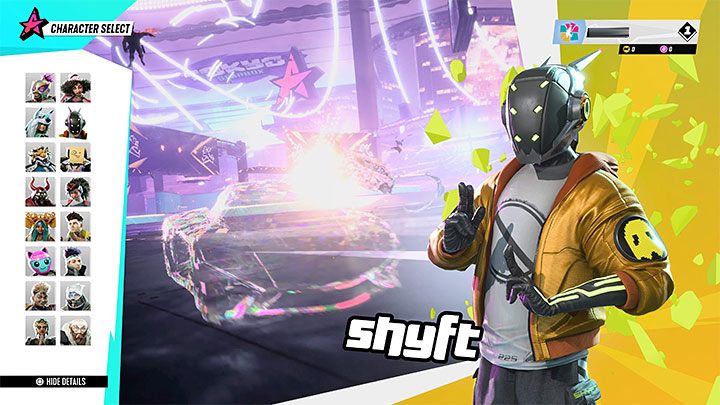 You might have played as Shyft during the mandatory tutorial. This Star is for players who want to act from the shadows and surprise other players.

Shyft's Breaker makes him partially invisible thanks to a camouflage. This is not complete invisibility, but in the heat of battle, many players shouldn't be able to notice your character. It is worth noting that Shyft also disappears from the radars, forcing players to look for him. You can use the cloaking mechanic, for example, to collect cogs more easily or to steal other players' cars. 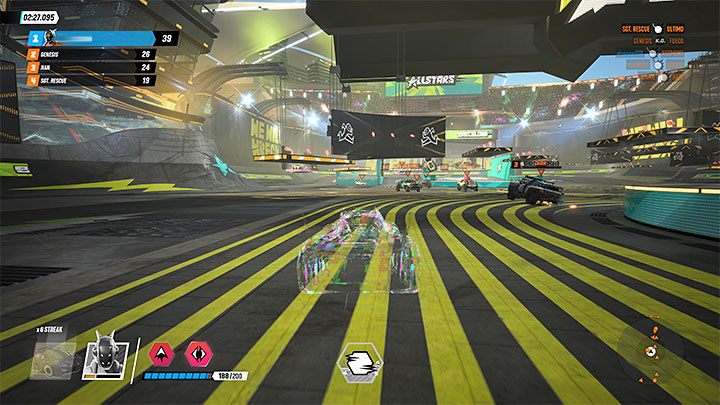 Shyft's Hero Vehicle is called Cypher. It has 200 durability points, making it an above average vehicle.

Activating the Breaker while riding the Cypher activates the vehicle's cloaking system. The effect is identical as when traveling on foot - you disappear from the radar. Also, despite only partial invisibility, you can easily trick other players. Camouflage is useful for, e.g. attacking other vehicles  the chance that they will spot you and change the course is reduced. You can also complete mission objectives in some game modes with greater ease.