On this page of the Destruction AllStars game guide, you will find a description of the star Lupita. She is one of the 16 playable characters of the game. You will learn about Lupita's special ability (Breaker) and the unique vehicle available to her. We've also included tips on using Lupita in various types of matches. 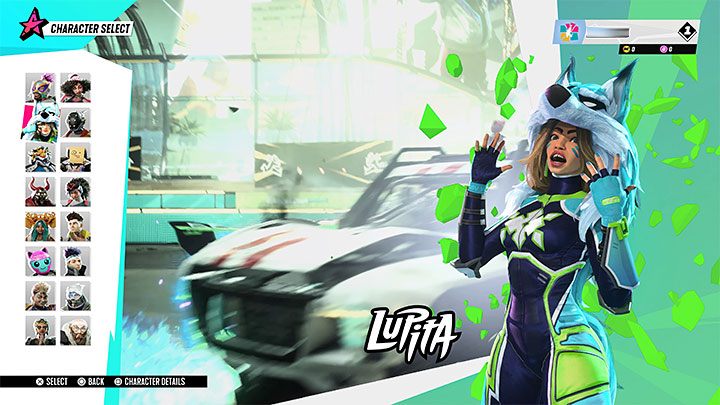 Lupita is the ideal character for players who enjoy using fire to inflict damage upon their opponents. Enemies who are set on fire will gradually lose energy points. Another star also utilises a similar status effect - Fuego.

Her Breaker causes Lupita to leave a fiery trail behind her as she runs. Other players who touch the fire will lose energy points over a short amount of time and flames will appear on their screen. Try to leave these fiery paths in areas often frequented by other players. This will increase the odds of them catching on fire, especially if they don't notice the flames fast enough. 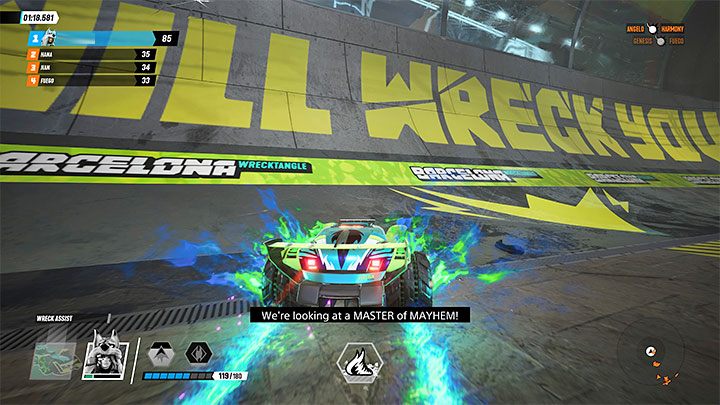 Lupita's Hero Vehicle is the Wildfire. It has 180 energy points, which means its durability is about average. Avoid slowing down and turning your car around when other players are nearby to reduce your chances of becoming an easy target.

Activating the Breaker when driving the Wildfire gives you the ability to leave an even bigger trail of fire in your wake. The same strategy applies here as when traversing the map on foot - activate the Breaker in the middle of the arena or in other areas frequented by large numbers of players. This will increase the chances of players accidentally stepping on the flaming traps.