On this page of the Destruction AllStars game guide, you will find a description of the star Genesis. She is one of the 16 playable characters of the game. You will learn about her special ability (Breaker) and the unique vehicle available to Genesis. We've also included tips on using Genesis in various types of matches. 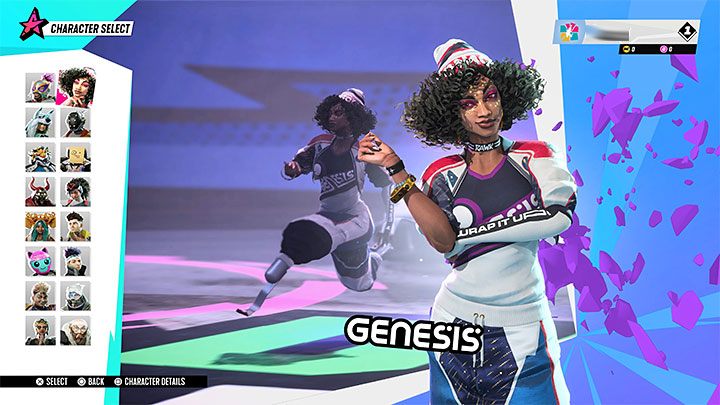 Genesis is a character for players who value high movement speed on the arena. This character has implants instead of legs, although she's still incredibly fast while driving her vehicle.

Her Breaker allows Genesis to run much faster while moving on foot. This ability is useful to nab Shards, collectibles and vehicles before the other players have the chance to do so. However, by running fast you also reduce the chances of being struck by another player, as it will be more difficult for them to target you. 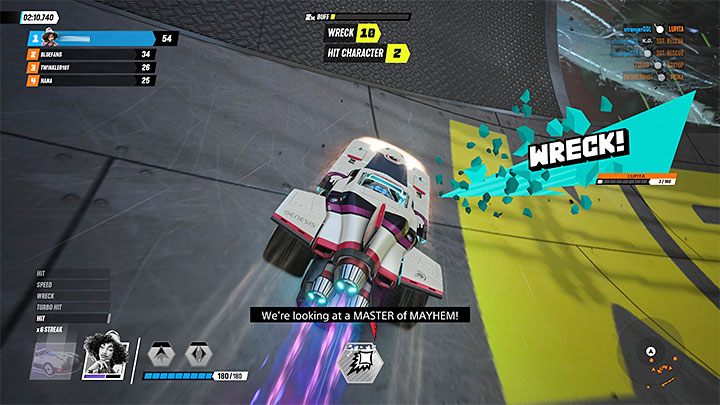 Genesis's Hero Vehicle is the Callisto. It has 180 energy points, which means its durability is about average. Avoid slowing down and turning your car around when other players are nearby to reduce your chances of becoming an easy target.

Turning on the Breaker while driving the Callisto allows you to activate the booster, which increases the car's speed. Similarly to using the Breaker while on foot, this can have a variety of uses. First of all, you can collide with other vehicles with a lot more force to significantly reduce their energy points, but you might accidentally inflict damage to yourself if you hit something other than your opponent. The Callisto's Breaker can also make it easier to escape your enemies or reach collectibles/gears before the other players.